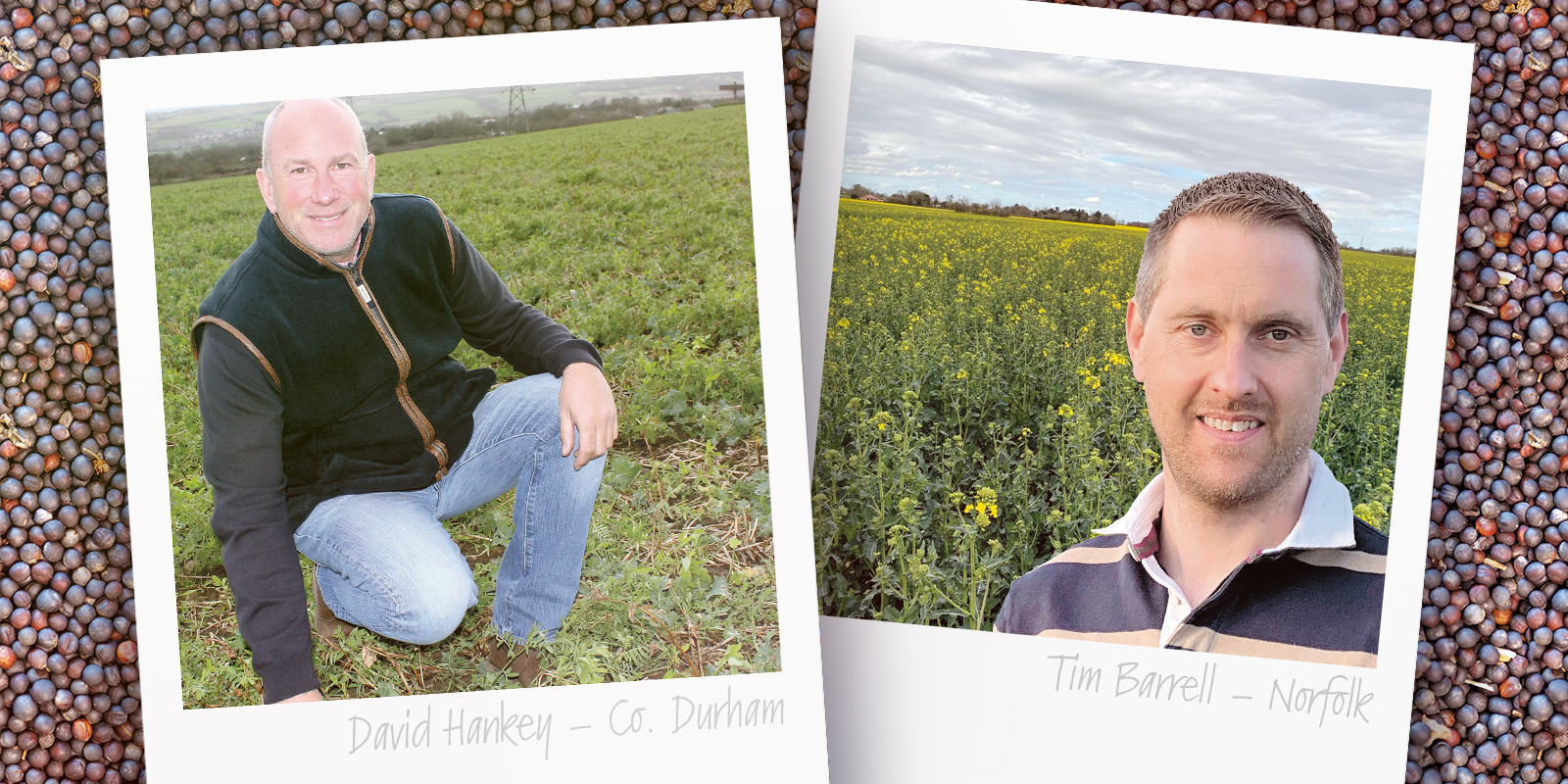 Success is possible – see how two British growers have made OSR work for them despite flea beetle pressure. 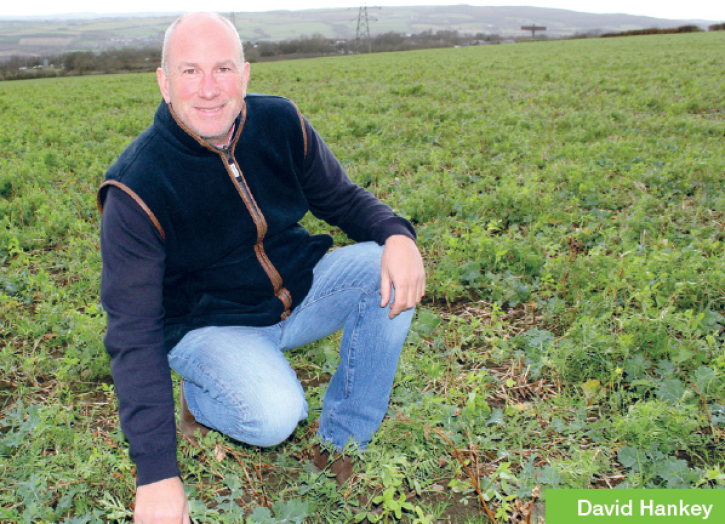 Although flea beetle pressures have grown markedly at Dunkirk Farm, Birtley, Co. Durham, David Hankey continues to grow crops of OSR rivalling winter wheat in profitability. And he does so having given-up insecticides to avoid killing beneficials.

He puts this success down to the direct-drilling regime developed over the past five years to improve soil biology and resilience – including regular additions of local authority compost and horse manure; cover and companion cropping; and vigorous, fast-developing varieties:

“As well as a consistent top performer, trials show it’s one of the fastest autumn developers available, resulting in much lower levels of damage from adult beetles and larvae.

“We put in a mix of vetch and buckwheat with our Claydon on August 23, drilling the rape at 32 seeds/m2 the following day, with berseem clover spread from a Stocks seeder. Supported by a little DAP in mid-September, it took off rapidly with almost 100% establishment.

“The mustard we had as part of a cover crop mixture next door got badly hammered by flea beetle. And in the small area of the field where we ran out of vetch and buckwheat seed, the shot-holing was really bad. But the bulk of the ground was well-covered and suffered remarkably little damage.” 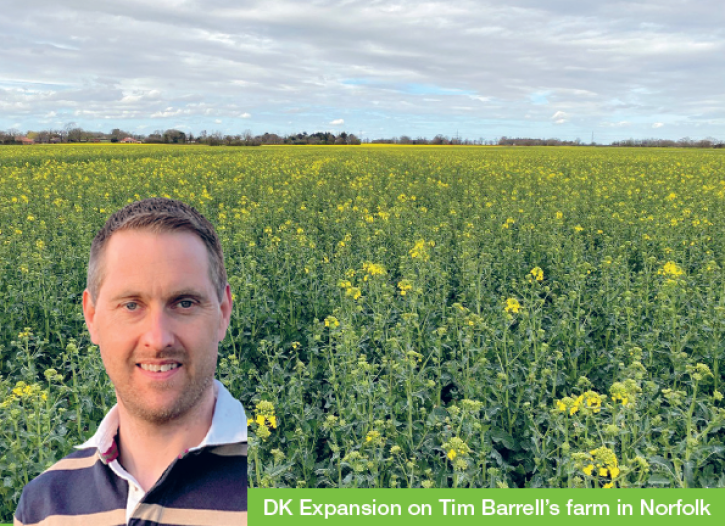 For the second year in a row, Tim Barrell is glad he’s re-introduced oilseed rape into his rotation at Elm Farm, Shipdham near Dereham in Norfolk.

Sown after spring barley in mid-August, the 35 ha of DK Expansion grown last season after several years out of rape established well despite the September dryness and a serious flea beetle problem, going on to average 4.9 t/ha over the weighbridge.

Mr Barrell upped his OSR area to 44 ha this season, sticking firmly with DK Expansion for its robust establishment and ability to cope with challenges.

“We didn’t drill the rape until Sept 3 and, again, had a big battle with the beetles,” Mr Barrell notes.

“Even so, it came through this and the wet winter in good shape. Despite not getting its first split of nitrogen until early March, it grew away strongly from a few, generally small larvae.

“Incorporating pig muck ahead of drilling, sowing a little deeper than normal to find moisture, providing some DAP at establishment and not spraying off volunteers from last season’s rape until the end of September may all have helped here.

“Whatever the reason, we’re particularly pleased given the large number crops around us that have had to be ripped out.”