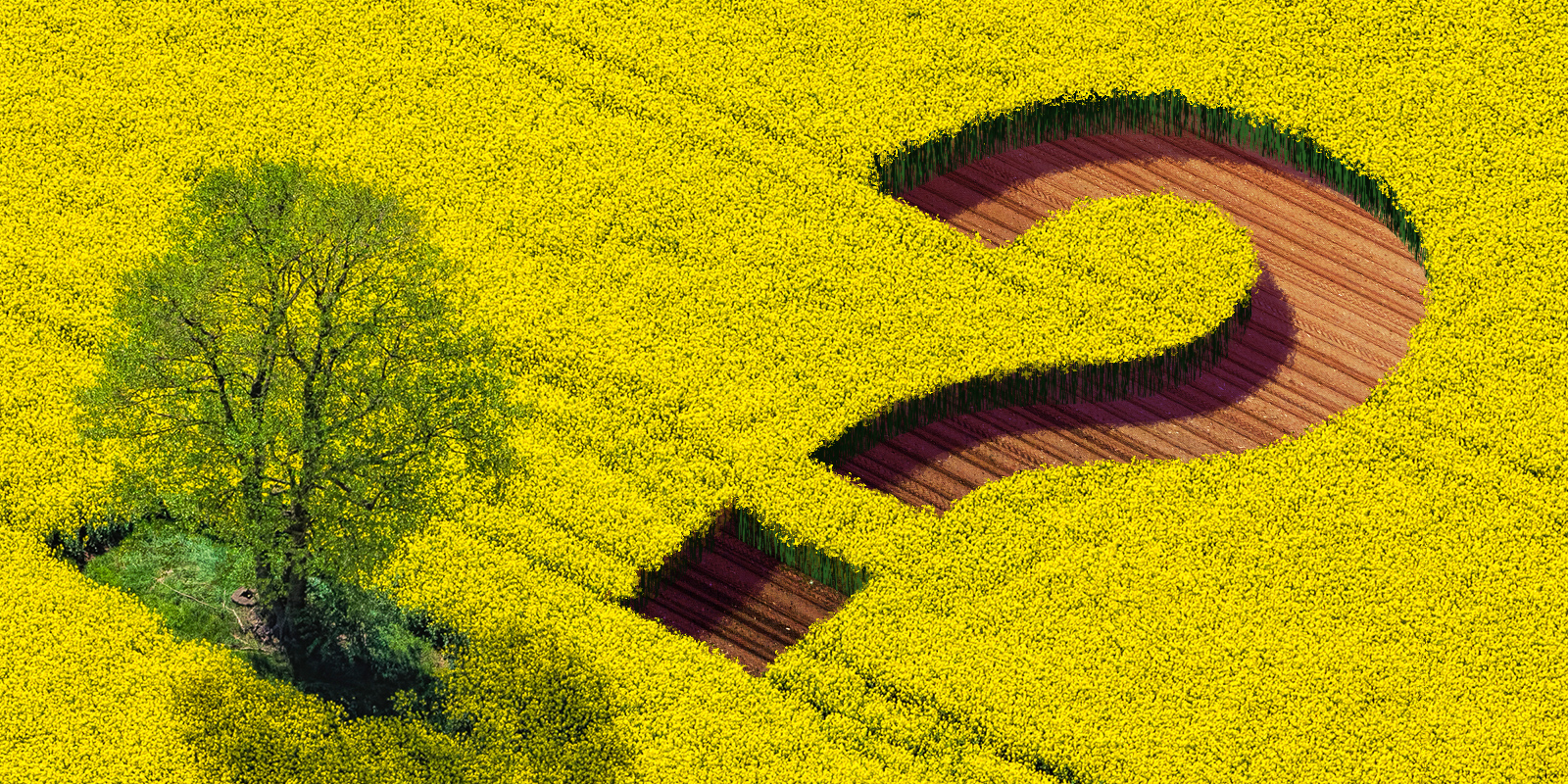 Of almost 20 different techniques employed by growers to manage their oilseed rape in the face of CSFB this season, only three have delivered noticeable reductions in crop losses to date: 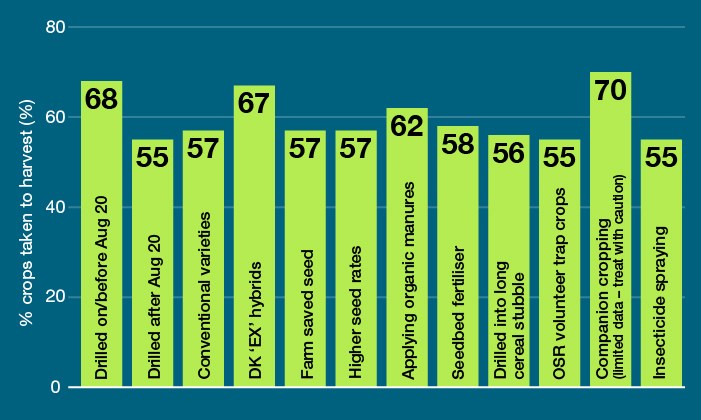 Some of the most widely employed practices have proved disappointing in their actual value.

Growers in our study are bringing an average of just 60% of their 2019 plantings to harvest, having lost 33% of their crops over the autumn and winter and a further 7% this spring.

With pest pressure lowest and soil moisture levels highest at this time, sowing on or before August 20 resulted in the lowest average crop losses at 32%. This compares with 40% for sowings from then until the end of the month and 51% from September sowings.

Total losses from hybrid varieties, in general, at 36% and vigorous, fast-developing DEKALB ‘Ex’ hybrids, in particular, at 33% were markedly lower than the average 43% crop loss from conventional varieties. This was despite a far higher proportion of hybrids being drilled later and seeing higher pest pressure and lower soil moisture levels.

Although crops of conventional varieties compared well with hybrids in their establishment, regardless of sowing date, they showed much higher larval levels and a markedly poorer ability to recover in the spring.

“Standing out was the poorer performance growers saw from the use of farm-saved seed and higher seed rates or both.

“These techniques appeared to give reasonable results at establishment but crops suffered far more in terms of larval levels and spring recovery. Growers saw few obvious advantages for any particular establishment regime and most other techniques. Appearing to be more successful alongside the most robust hybrids, however, was organic manuring ahead of drilling. Companion cropping also looked particularly promising, in limited data.

“In many cases, the pressures of last autumn overwhelmed even the most determined management,” he notes.

“And the success of early drilling clearly depends on a combination of flea beetle and soil moisture levels, both of which will vary from season to season. “Not surprisingly given the results, employing vigorous, fast developing hybrids like DK Exstar, DK Extremus or DK Expedient was rated the most successful CSFB management technique of all by growers and their number one priority for combatting the pest in the coming season.”