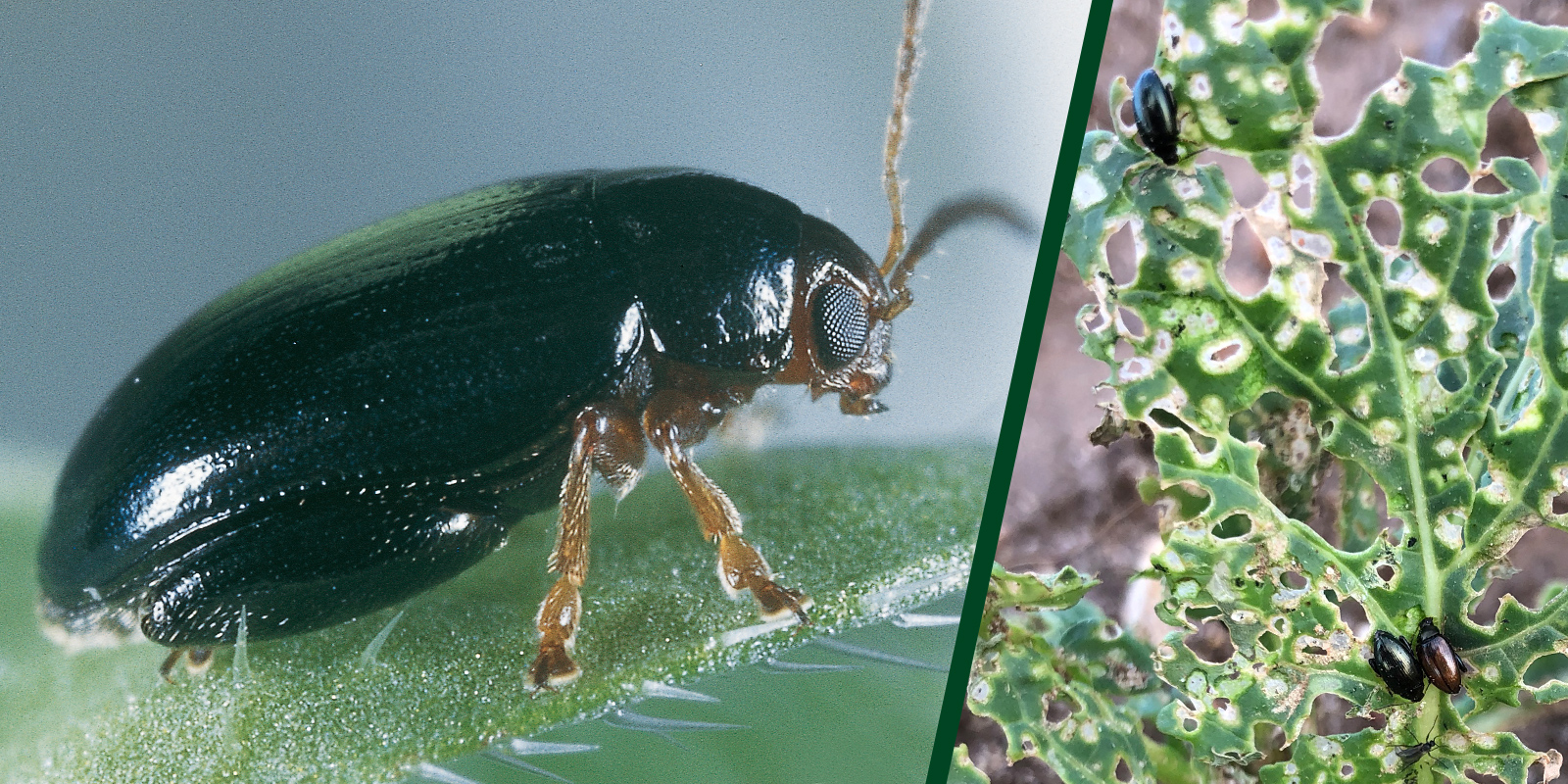 When you’re dealing with flea beetle, any measures taken need to be carefully integrated into the most productive management regimes to avoid difficult-to-manage crops that will struggle to deliver the performance that makes them worth growing.

As well as good seedbeds with sufficient moisture, consistent sowing depth and effective rolling, seedbed fertilisation and early pyrethroid spraying have proved valuable in ensuring the best possible establishment in the face of CSFB.

Extensive trials on CSFB affected sites show varieties which develop more rapidly in the autumn and/or earlier in the spring are substantially less damaged by cabbage stem flea beetle adults and larvae than others.

Genetic research has, further, identified marked differences between OSR lines in both their attractiveness to adult flea beetle grazing and their ability to support larval development, paving the way for existing and emerging variety screening.

While higher seed rates may help crop survival, they lead to thinner-stemmed crops less able to tolerate larvae and to branch away from them in the spring. They also result in less productive canopies and the likelihood of higher pest populations for the future.

Late sowing makes it more important to use varieties with a faster rate of autumn leaf development while winter defoliation to combat larval damage is likely to be of more value with earlier sown crops. In both cases, sufficient moisture at drilling is far more important than calendar date.

Be open to not sowing OSR

Few approaches have been much, if any, use where there is insufficient moisture or excessive pressure from flea beetle at establishment.

This makes the flexibility not to sow OSR when the risk is too high fundamental. You should also avoid having more OSR in the cropping plan than can reasonably be sown in a 4-5 day window.

Work in high CSFB pressure areas highlights the importance of a barrier to the beetle which minimises the ‘green on brown’ attractiveness of young rape.

Sowing into a good surface covering of winter cereal straw and chaff rather than bare soil or long (12”) rather than short (3”) cereal stubbles have both been found to dramatically reduce shot-holing damage.

Make use of trap crops

Delaying the control of volunteer OSR from the previous season can give significant reductions in adult numbers, feeding damage and larval populations in neighbouring crops.

To be effective in protecting vulnerable young OSR by trapping beetles – which become much less mobile once they begin feeding – the trap crops need to be close by and left green until late September.

Drilling OSR into nurse crops or with companion crops like buckwheat, fenugreek or berseem clover has given valuable reductions in flea beetle damage in many cases.

Success depends on types that provide sufficient early cover and complement rather than compete with the OSR. They also need to be established reliably and evenly, for which sufficient moisture is important.

Valuable reductions in CSFB larvae are possible without significant yield loss by defoliating infested crops ahead of stem extension with cutting or sheep grazing.

This is only advisable on well-established crops of varieties that are especially vigorous in their spring growth, and where late winter pigeon pressures are unlikely to be intense.

Looking for a hybrid to beat CSFB?