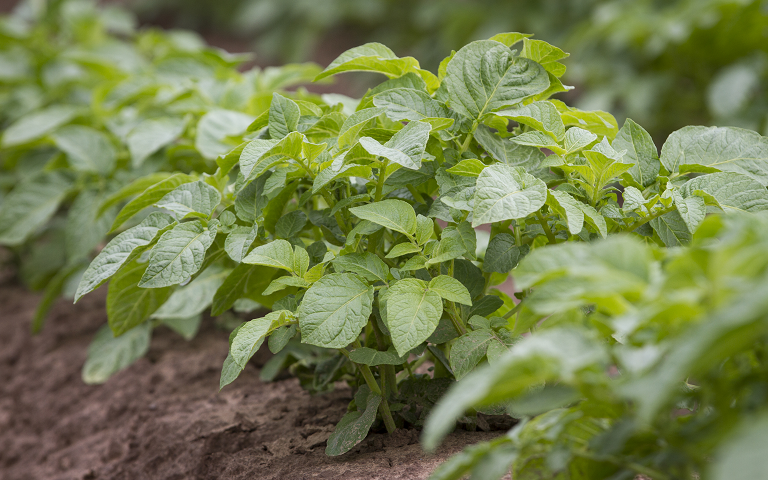 The threat of Rhizoctonia solani is such that few growers would dare to overlook its potential to reduce yields and quality. Even those with virgin ground can’t afford to take a chance given that most R. solani infection is seed borne.

Consequently, most growers will apply a tuber treatment as a matter of routine. For the majority however, this is a season of change. The European Commission’s decision to reduce the maximum residue limit for Monceren (pencycuron) to a practically unworkable level means growers are having to investigate the alternatives.

“All of our crop is for the pre-pack market. Quality of skin finish is of paramount importance so we take cultural controls such as rotation and good field hygiene seriously, but while we follow a long rotation of either one-in-seven or one-in-eight, the silt soils have a long history of potatoes, so there is a strong imperative to protect crops,” says Mr Howell.

“Monceren has been a reliable and effective product for so many years, but the need to identify an alternative has provided the opportunity to review how we approach the whole process,” he adds.

An analysis of the options however, meant it was an easy decision.

“I’m not a fan of liquid treatments because of the time and impracticalities involved in the application process. This left two powder treatments, both of which required investing in an on-planter powder applicator, so it came down to which had the better flow properties,” he explains.

“Other users say it flows as well as Monceren did while its performance in trials and among users suggests its efficacy is even better than Monceren. It was, therefore, the logical choice,” he says.

How to control tuber blight in potatoes in 2019

Planning a tuber blight programme has become more complex and expensive. See what Bayer recommends for tuber blight control in 2019.