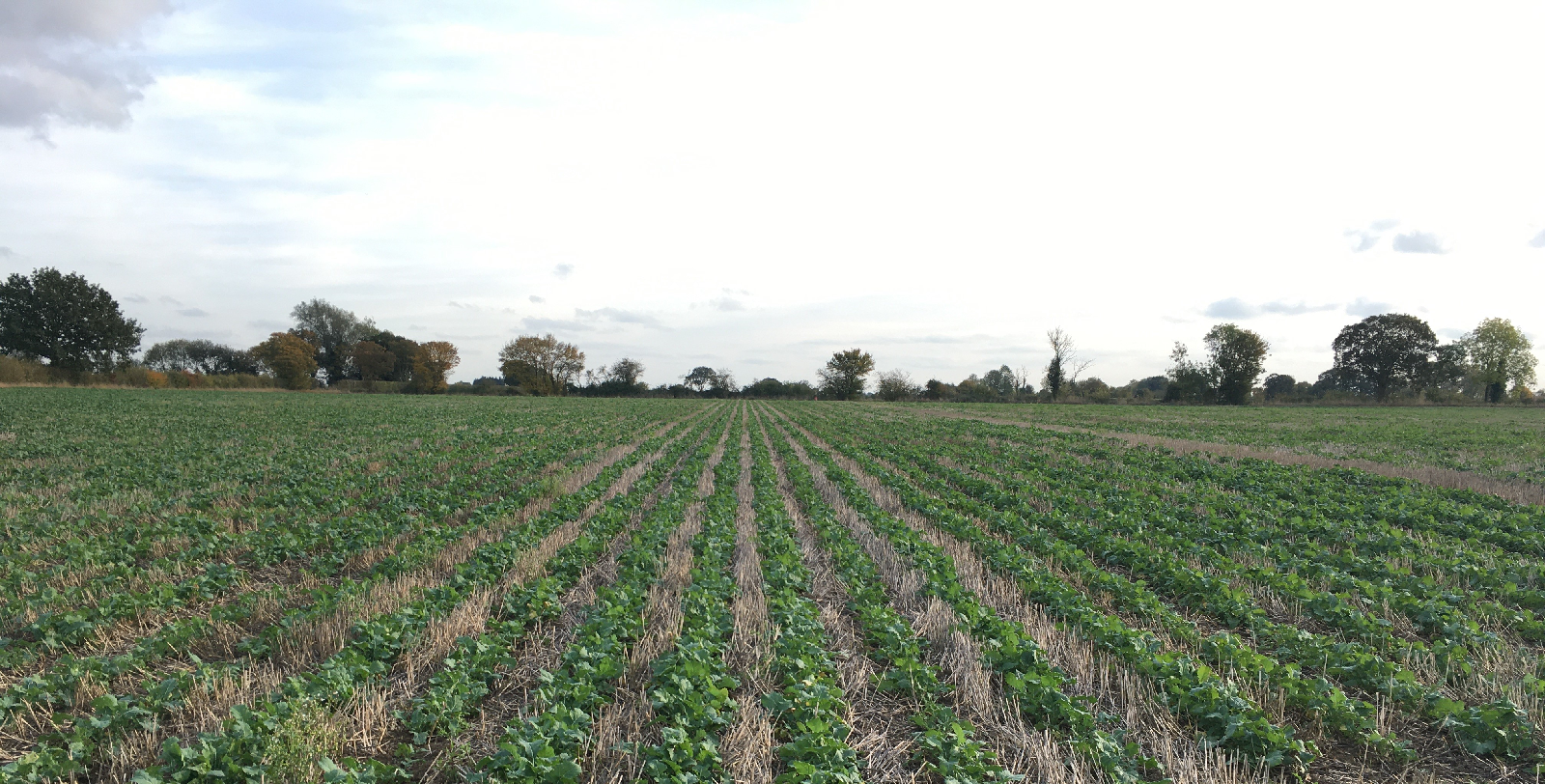 For the month of October, conditions have been dismal. It is hard to believe that a month ago, we were praying for rain to aid struggling oilseed rape crops and trigger weed flushes in stale seed-beds.

Continued rainfall through October means we are behind with drilling, although intermittent dry spells late in the month saw some growers pick off fields where possible. Depending on soil type and cultivation system, it is estimated that about 50% of cereals had been drilled at the start of November.

With the growing crop keeping soil dry, some have managed to drill straight after sugar beet harvester in good conditions. So far this season, yield and sugar content figures have been encouraging.

Although patience will be wearing thin for some growers across the East, particularly on heavier land, there is still time to drill winter wheat if a sustained dry spell arrives.

There is a balance to be struck between getting the crop in and waiting for the right conditions. If crops are forced into poor seed-beds, you can be put on the back foot for the rest of the season. This is particularly the case for grassweed control, as pre-emergence herbicides do not perform as well on cloddy seed-beds, so wait for optimum conditions where possible.

If and when there is a window to drill wheat, ensure that the sprayer is able to follow with a pre-emergence herbicide within 48 hours. If the opportunity is missed and products have to be applied after emergence, crop safety may be compromised. Efficacy will also drop off and grassweeds allowed to thrive in the crop.

Continue with 0.6 L/ha Liberator (flufenacet + diflufenican) as the base of the pre-emergence mix. If in difficult situations, such as wet soils and/or poor seed-beds, consider carefully the type and amount of stacking partners that are put with Liberator. More robust stacks including actives such as prosulfocarb, can compromise crop safety, particularly when applied at the peri-emergence timing.

If the pre-emergence herbicide timing is missed, consider switching to an early post-emergence application. This should include a contact-acting product alongside a residual product such as Liberator. If grassweeds reach the 1-2-leaf stage, residual chemistry in Liberator won’t be effective alone and needs the support of a contact product such as Atlantis OD (iodosulfuron + mesosulfuron).

4. Don’t overlook the threat of BYDV in cereals

Where wheat or barley has been drilled early, crops have emerged and will be susceptible to infection with barley yellow dwarf virus (BYDV). Despite the wet weather, aphid vectors of the disease are still being caught in suction traps in relatively high numbers and growers no longer have the protection of insecticide seed dressing Deter (clothianidin).

Use the AHDB BYDV Tool to monitor T-Sum day degree accumulation above 3C from crop emergence. Consider an insecticide treatment when the threshold of 170 is reached and colonising aphids are present in the crop.

5. Use a broad-spectrum OSR fungicide as phoma thresholds met

Phoma exploded in oilseed rape during late October and thresholds are being reached across the region, which is no surprise given the amount of rainfall we have had. It has come in a month later than normal and with struggling crops due to cabbage stem flea beetle pressure, growers have been reluctant to invest in inputs so far.

Many will opt for a one-spray fungicide strategy this autumn and early November onwards is the time to consider an application. As well as covering phoma, it will tie in nicely with light leaf spot protection. Using a product such as Proline (prothioconazole) at a rate of 0.46L/ha will give broad-spectrum control of both diseases.

It is worth remembering that OSR crops drilled before mid-August will be most at risk from light leaf spot infection and should be monitored through the winter for disease levels. The Bayer/ADAS SpotCheck initiative is now up and running and can help track progression. Information on how to use it can be found on the Bayer website.