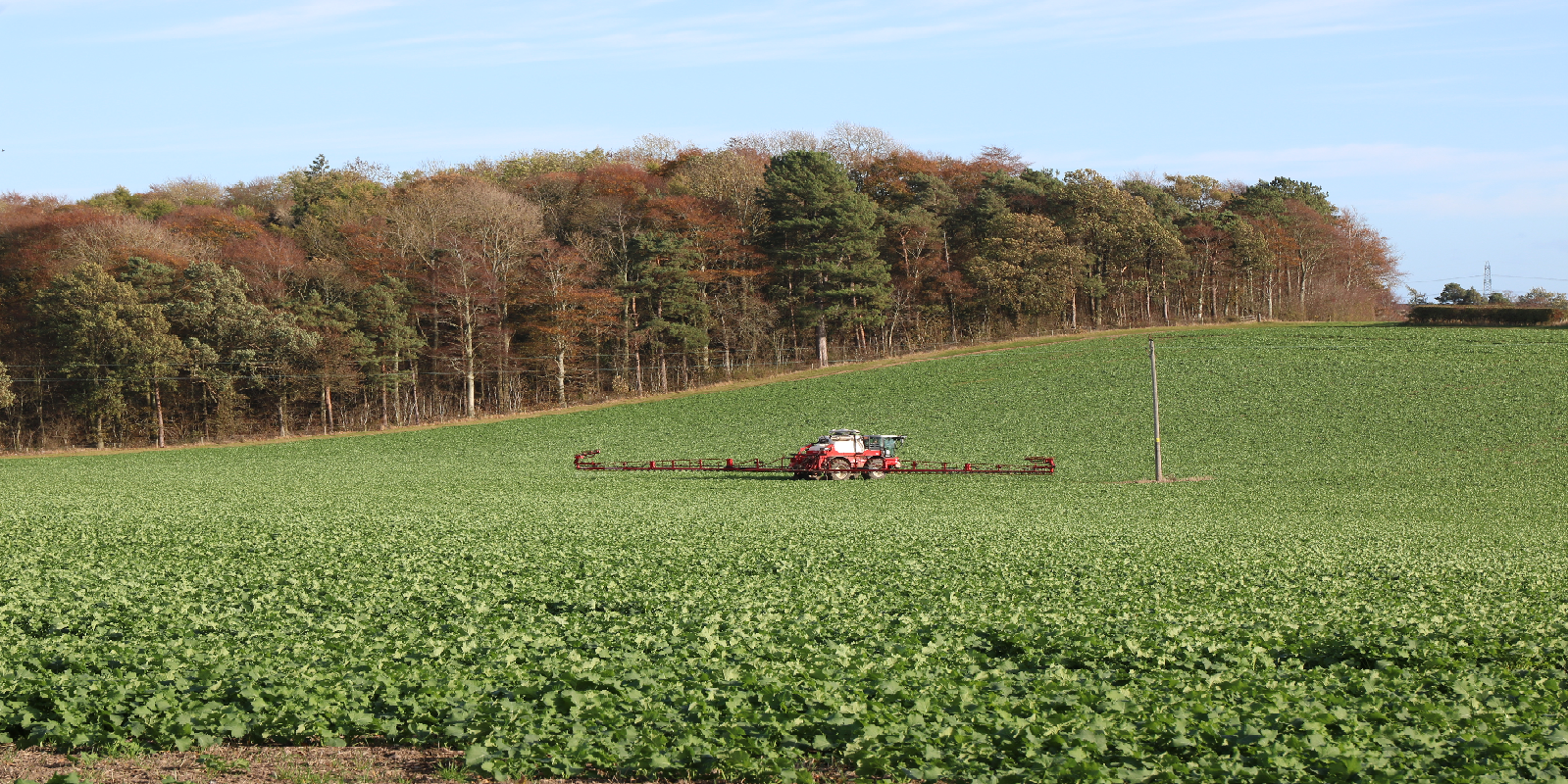 Oilseed rape is all drilled and at varying stages, from just emerging to four true leaves. The earliest drilled and biggest crops have now grown away from adult cabbage stem flea beetle (CSFB) damage, but larvae will be a worry once eggs start to hatch later in the season.

The smaller crops, especially those just emerging, are being hammered and crops are being written off as we speak. Pyrethroid insecticide applications have been largely ineffective and growers are resorting to desperate measures such as spraying at night to try and save crops. Recent rain has somewhat reduced the pressure and may allow these later crops to survive

Cereal drilling has not really started across the region as growers look to delay drilling on blackgrass infested land or where they have been waiting for moisture after the dry spell earlier in September. Again recent wet weather has helped with this. There may also be a conscious decision not to drill too earlier as we no longer have Deter (clothianidin) seed treatments to help control barley yellow dwarf virus (BYDV). Earlier drilled crops could be very tricky to manage and may require multiple pyrethroids to control the aphid vectors of the disease.

1. Look out for yield-robbing aphids in OSR

Myzus persicae aphids transmitting turnip yellow virus can rob oilseed rape crops of up to 30% yield. While some tolerant varieties are now available, in susceptible varieties the AHDB’s Aphid News bulletins are a useful pointer to aphid pressure. If you need to treat, then Biscaya (thiacloprid) is the best option. Biscaya would also have an incidental effect on adult cabbage stem flea beetles, which if controlled before they lay eggs might reduce larval damage.

2. Use a broad-spectrum fungicide for OSR disease

With the current battle for flea beetle control little thought is being given to autumn fungicides so far. October would traditionally be the month for controlling phoma. Most newer oilseed rape varieties have good genetic resistance to phoma, so it may also be possible to omit an earlier spray and use one fungicide application in November at a more traditional timing for light leaf spot control.

With most crops receiving just one autumn fungicide in this way, it is important that both phoma and light leaf spot is covered by the product used. Proline (prothioconazole) or Prosaro (tebuconazole + prothioconazole) would be good broad-spectrum options for control of the two key diseases.

3. Disturb as little soil as possible when drilling wheat

When winter wheat drilling does get started in earnest, it will be important to try to disturb the soil as little as possible to prevent fresh grassweed germination. Preparing level and  well-consolidated seedbeds are also a must, helping to get the most out of pre-emergence herbicides such as Liberator (flufenacet + diflufenican). These should ideally be applied within 48 hrs of drilling to give best efficacy, even if conditions remain dry.

4. Check out the performance of two new herbicides this autumn

Bayer have just received an approval for two new pre-emergence and early post-emergence herbicides, Alternator Met and Octavian Met. Both products contain the same ingredients as Liberator, with the addition of metribuzin. This autumn, there will only be enough product for a small test market. It will be interesting to see how they perform on a field scale against both grass- and broad-leaved weeds.