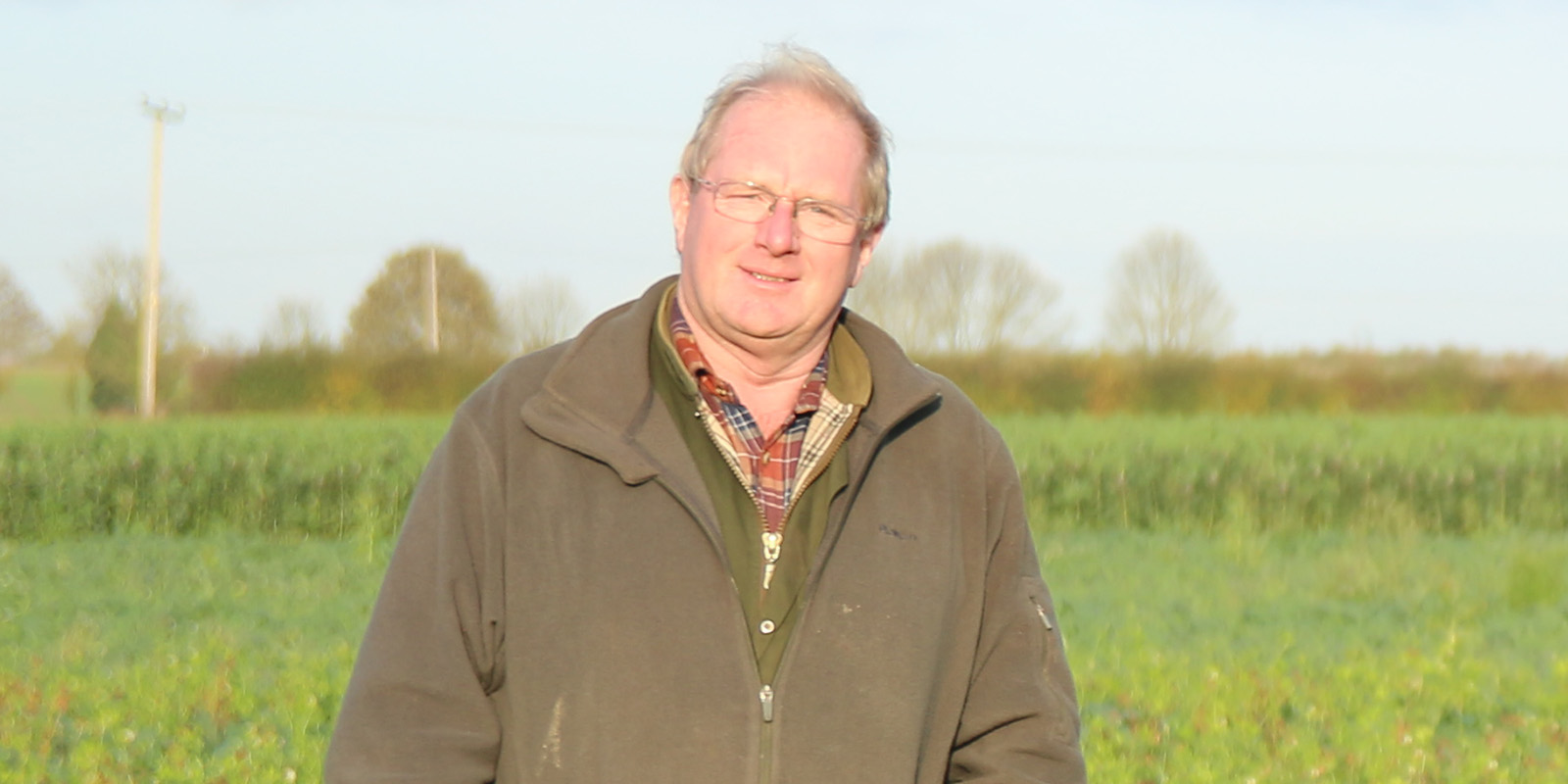 • Vigour of DK hybrids offers benefits in autumn and spring

Like many oilseed rape growers in areas affected by cabbage stem flea beetle, Cambridgeshire farmer David White has experienced a turbulent time that even forced him to drop the crop after the neonicotinoid seed treatment ban came in. However, a new system using companion crops is allowing rape to be grown successfully again, with promising results.

The rotation has expanded over recent years, so oilseed rape is not the only break crop. Using Camgrain’s central storage avoids on-farm storage limitations and gives flexibility for a diverse cropping mix, that helps manage black-grass and allows him to be opportunistic according to the season, field history and weather, creating a more sustainable system.

“This area around the top of the M11 is a known flea beetle hotspot. It may have been the local ‘Indian summer’ weather around late-August to early September over several seasons that allowed the pest to get a hold, but the problem became worse and worse.”

The return to oilseed rape was almost accidental, he continues: “In the 2015/16 season, we’d sown farm-saved oilseed rape with berseem clover and buckwheat as we thought it might work as a rape crop, but more likely would end up as a cover crop for spring beans.”

The mix was direct-drilled in the autumn and established so well that it was taken on as a commercial crop of oilseed rape: “It yielded very well in a year when agronomists were writing crops off.”

This experience combined with seeing fabulous rape crops with beans and other companions on a BASE UK trip to France, means Mr White is now willing to break with tradition when growing OSR.

Crops are typically sown in the first week of August, just after combining when there is still some vital soil moisture. A tine drill system helps get good seed-to-soil contact, with beans drilled down the tines into long stubble. This disturbs soil enough to broadcast rape and berseem clover into clean soil from the back of the drill. 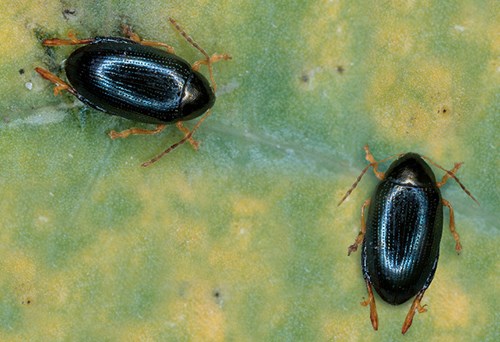 This season, oilseed rape was sown with spring beans at 70–80 kg/ha and buckwheat (10 kg/ha) or berseem clover (5 kg/ha) as companion crops.

“Using spring beans is advantageous; they are vigorous, help rooting, fix nitrogen which benefits seedbed nutrition, and also disguise the crop from pests by not looking like a brassica,” Mr White explains.

Given the flea beetle pressure, autumn vigour for establishing a crop is vital to Mr White when selecting varieties. Oil content and disease resistance are other priorities: “There seems to be an advantage in having all fields growing something at all times.

This dilutes flea beetle pressure much better than having some green rape fields in a desert of cultivated land. Cereal volunteers within oilseed rape also disguise the crop from flea beetle.

“When we first started growing oilseed rape on virgin land we were getting up to 5 t/ha, and with the system now we are getting 4.1 t/ha, which we regard as a success and an achievable goal.”

“Their greater ‘get-up-and-go’ allows them to grow away from pest attack noticeably better than others. We also find that DEKALB varieties which get away earliest in the spring – most notably DK Expedient – are better able to tolerate damage from flea beetle larvae than most.”

At McGregor Farms in the Scottish Borders, Arable Manager David Fuller insists on the most vigorous varieties for the winter oilseed rape that forms a crucial part of the award-winning business’ 3,300 ha rotation.

“Yield ratings are immaterial to us. This is because varieties that carry the traits we want always deliver. Ticking all our boxes, DK Expansion topped our strip trials last season. So it’s 50% of our crop this time round.

“As we have to get about 650 ha of oilseed rape drilled in the second half of August, single pass establishment is essential. We sow in 45cm rows behind the legs of a Simba SL, working our silty loam soils to around 8 inches, applying liquid fertiliser ahead of seed and firming the ground immediately with an Aqueel roller.

“At 40 seeds/m2, we put as much precision as we can into seed placement because oilseed rape can waste a lot of energy fighting its neighbours. This allows us to establish nice, even populations of 25-30 plants/m2 that average a good 4.75 t/ha.”

Selecting vigorous, fast-developing varieties has become essential for reliable winter oilseed rape establishment in the face of flea beetle challenges. As has attention to detail in key aspects of agronomy, including:

• Sufficient nitrogen and phosphorus in the seeding zone

Mr White acknowledges there remain challenges when growing oilseed rape; the next is to refine seed rates and understand when companion crops start negatively impacting the cash crop. Deciding when to remove companion crops and whether this is even necessary is another area to explore.

He puts success down to continually experimenting, being brave and trying different things. “You must genuinely want it to work and put cynicism aside. Be open-minded and prepared to take the minor risk involved in pushing out of your comfort zone.

Trial a small-scale first and see how you go; learn from it and refine for the future. There is no silver bullet; it’s about making incremental gains as you go.”

Nearly 300 people completed our OSR: Big Picture Quiz in autumn 2018. By cross-analysing the findings we’ve been able to pull out some of the differences between those growers averaging over 4.0t/ha compared with those averaging under 4.0t/ha