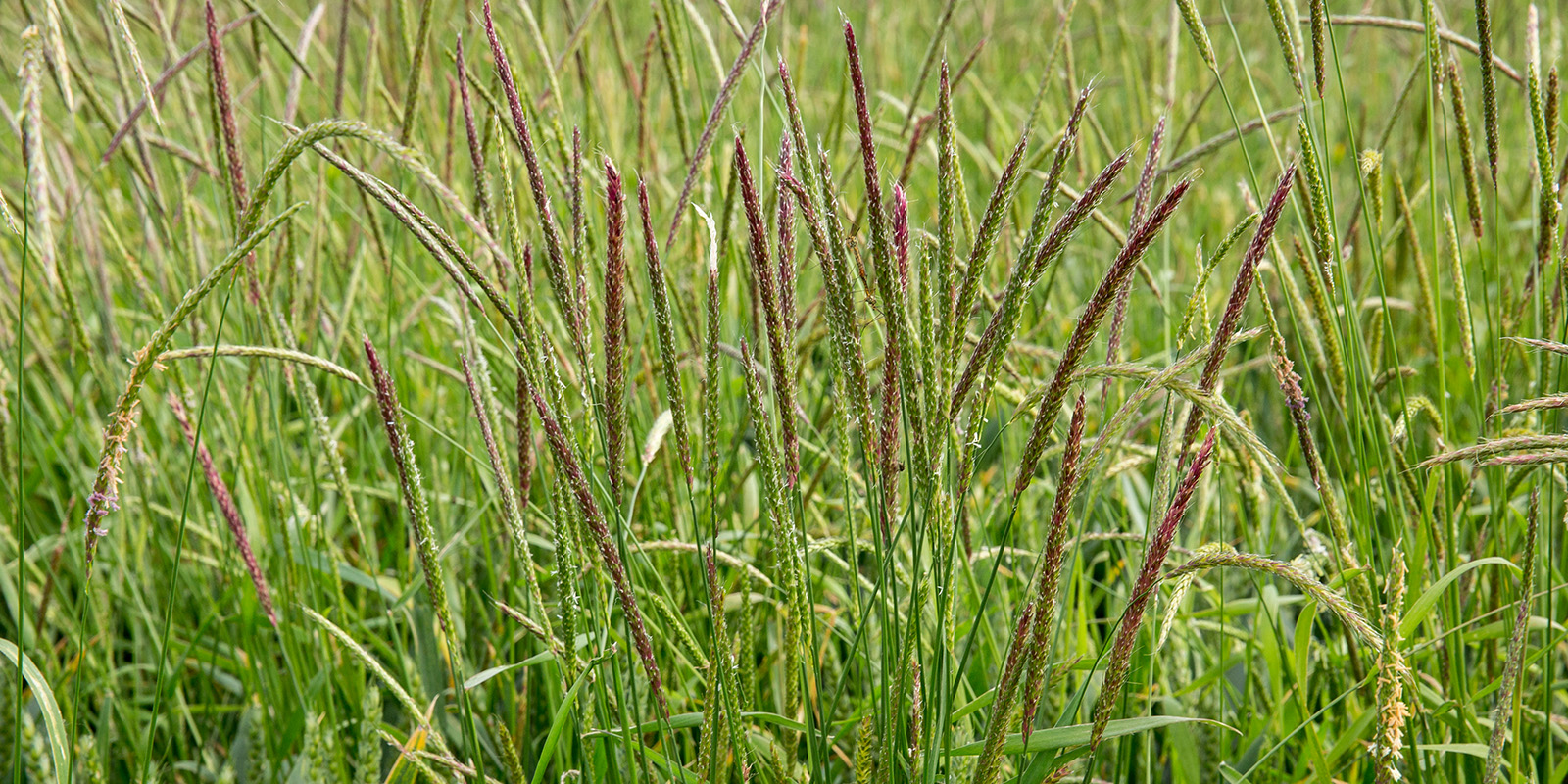 With autumn herbicide programmes soon to get underway, what do these results mean for this season and beyond?

How resistance is identified

To test for resistance, researchers measure the effective dose needed to provide 50% and 90% control of a particular weed. In a susceptible population, the 240g/ha field rate of flufenacet will easily control 90% of plants.

“But in the resistance testing programme some black-grass samples required a larger dose of flufenacet than others to reach the 50% and 90% control level compared with sensitive type black-grass,” says Bayer Development Manager Dr Gordon Anderson-Taylor.

“We describe this black-grass as having reduced sensitivity, but in all UK samples, the commercial use rate of 240g/ha still provided 90% control in lab conditions, despite variability in sensitivity between individual populations.”

The most concerning results were from Germany where some black-grass samples survived treatment, needing up to 310.9g/ha of flufenacet for 90% control, although less than 100g/ha was needed for 50% control.

“We see variable sensitivity to flufenacet in black-grass populations both within the UK and across Europe. Compared to sensitive types of black-grass, some strains require much more flufenacet to control them.

“But the label rate is still providing over 90% control of UK populations so we wouldn’t describe these as resistant. They could be on the path to developing resistance though, which we need to slow down as much as possible.”

“We don’t know exactly how the reduced sensitivity develops, but it is clearly an interaction between the population genetics and the selective pressure of herbicides,” says Dr Anderson-Taylor.

“We don’t know if all black-grass populations have this potential or if black-grass and ryegrass differ in their capability to develop such resistance. It’s important to remember that while concerning, research like this inevitably focuses on the most difficult black-grass samples available so experiments can provide good data to understand resistance mechanisms.”

Despite some unanswered questions about the development of reduced sensitivity, Dr Anderson-Taylor and his Bayer colleagues are adamant farmers should consider the risk to flufenacet and other pre-emergence actives when planning weed control strategies.

Long-term, the risk is that the slightly reduced sensitivity seen in the UK progresses into something equivalent to the worst cases from Germany and then full resistance.

James Clarke of ADAS and chairman of the Weed Resistance Action Group (WRAG) is cautiously optimistic about keeping the problems under control in black-grass.

“We always knew there was a risk to herbicides such as flufenacet of enhanced metabolism resistance affecting performance. It will be particularly challenging on farms with rye-grass (see panel, right) and serves as a very timely warning for those with black-grass.

“I don’t foresee it altering flufenacet’s role in herbicide programmes, but it emphasises the need for product stewardship by using it at the correct rates in suitable conditions for activity.”

Integrating chemical and cultural controls is also important, says Mr Clarke, and growers should be equally mindful of needing good product stewardship for glyphosate, which is another essential part of black-grass control.

One key stewardship step is to use flufenacet in co-formulations and incorporate different modes of action into the herbicide programme. The research highlighted the variable sensitivity to flufenacet as a single active, but it also examined the activity of co-formulations such as Liberator (flufenacet + diflufenican) which is how most growers use flufenacet.

For flufenacet applied on its own, 50% of the 240g/ha label rate was needed to provide 90% control of plants. But when applied in co-formulation with DFF only 28.2% of the label rate was required for the same control.

“Achieving the best results with herbicides is also essential, and this latest research shows the benefit of using a co-formulation of flufenacet with DFF, like Liberator, will get more consistent results than using flufenacet alone, even against populations with reduced flufenacet sensitivity.”

Growers also should be mindful about other pre-emergence actives affected by reduced sensitivity. When applied as single actives, both pendimethalin and prosulfocarb also had lower efficacy against black-grass with reduced sensitivity to flufenacet.

The shift in flufenacet sensitivity adds to the importance of cultural black-grass controls. Bayer does not envisage any radical shift in farm practices because the whole industry has been fine-tuning cultivations, drilling later and widening rotation with spring crops. This autumn, these measures should continue to help reduce black-grass populations to lower levels before herbicides are used.

Rye-grass is also showing a decline in flufenacet activity. Although as a weed it affects fewer farms than black-grass, research results are more concerning. Samples from some UK farms required over 300 g/ha flufenacet applied pre-emergence for 50% rye-grass control and over 3 kg/ha flufenacet for 90% control – in glasshouse trials.

These figures are well above the 240g/ha label rate so are classified as resistant. “We don’t think resistance is widespread, but these results are worrying for some farmers,” says Dr Anderson-Taylor. “It is a type of enhanced metabolism resistance that will vary between populations and good management will slow its spread.” Growers should take similar steps to black-grass to stop the problem getting worse. Varying modes of action, cultural controls and crop rotation are all important. Additionally, knowing the resistance status will help identify the cause of poor control.

Trials can provide a great source for ideas but putting them into practice can be challenging.