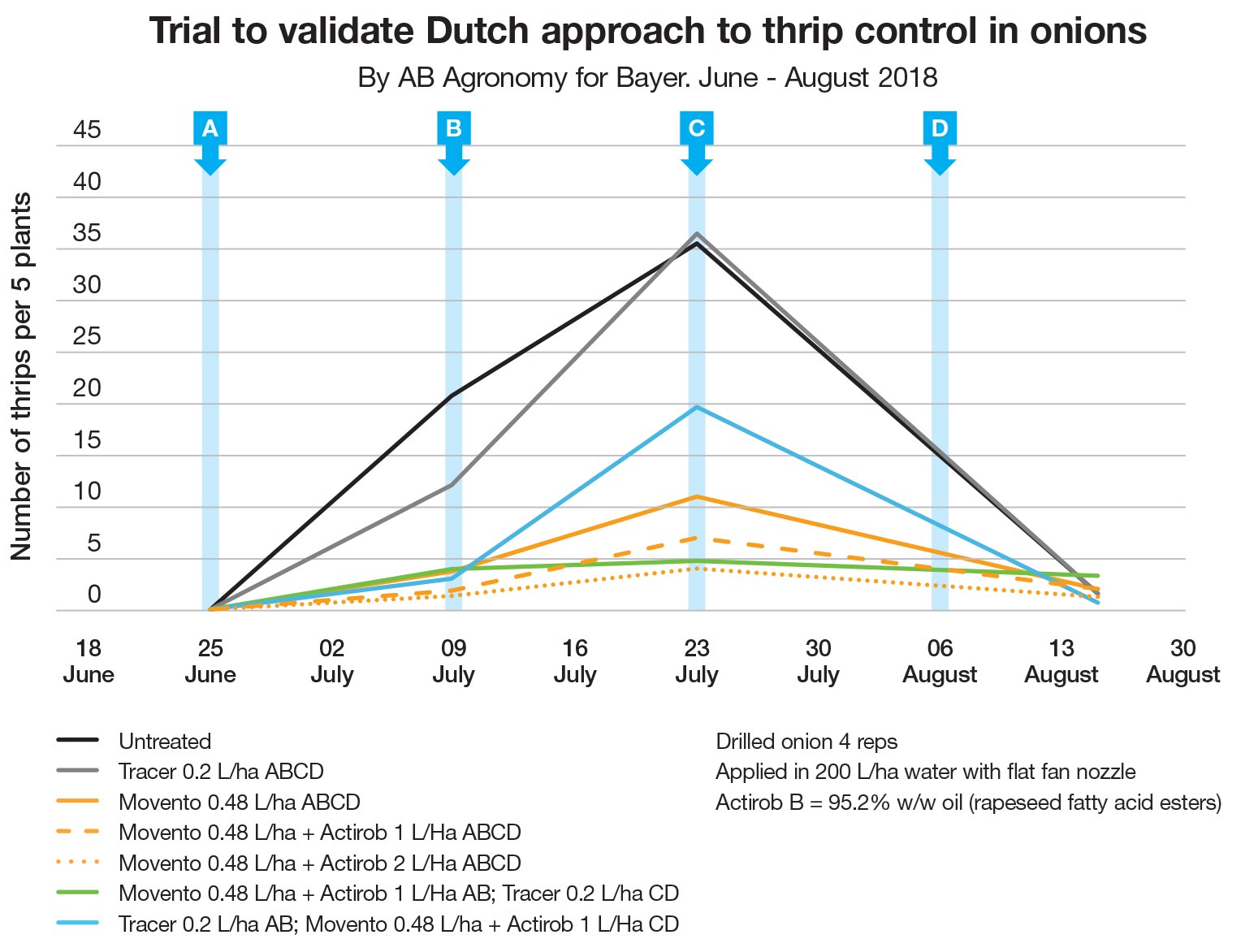 AB agronomist Carl Sharp says timing will be the key to effective control. “Thrips fly out of cereal crops as soon as harvest begins and previously we would wait until numbers had built up to five or more per plant before applying the first insecticide. When onions were added to the Movento UK label last year the manufacturer Bayer pointed to Dutch experiences of how to get the best from it. Their standard practice is to start earlier, as soon as a thrip is seen in the crop and apply with an adjuvant oil.”

Last year Bayer commissioned AB Agronomy to do a trial to test this approach in the UK. Mr Sharp ran it in Bedfordshire on red, drilled onions. The trial compared four-spray programmes of two insecticides authorised for the control of thrips in UK onions; Movento (spirotetramat) and Tracer (spinosad). Mr Sharp says the results demonstrated the validity of the Dutch approach.

“It is clear that beginning with Movento stops the population exploding. It is most active on nymphs so the first spray should go on when you see the first thrips coming into the crop. This is likely to be a fortnight earlier than growers previously applied their first insecticide. Under sustained thrip pressure we will alternate Movento and Tracer.”

Rainfall and irrigation are great allies in the battle against onion thrips Mr Sharp says. “Some are drowned by water accumulating in leaf axils and others are washed to the floor where they are picked off by predators. Wet conditions also make them vulnerable to fungal infection.” He advises application of Movento after irrigation. “Particularly during a hot, dry period, the irrigation will have got the plant growing actively again which is essential for it to distribute the active substance to the growing points where nymphs are feeding.”

Find out more about Movento