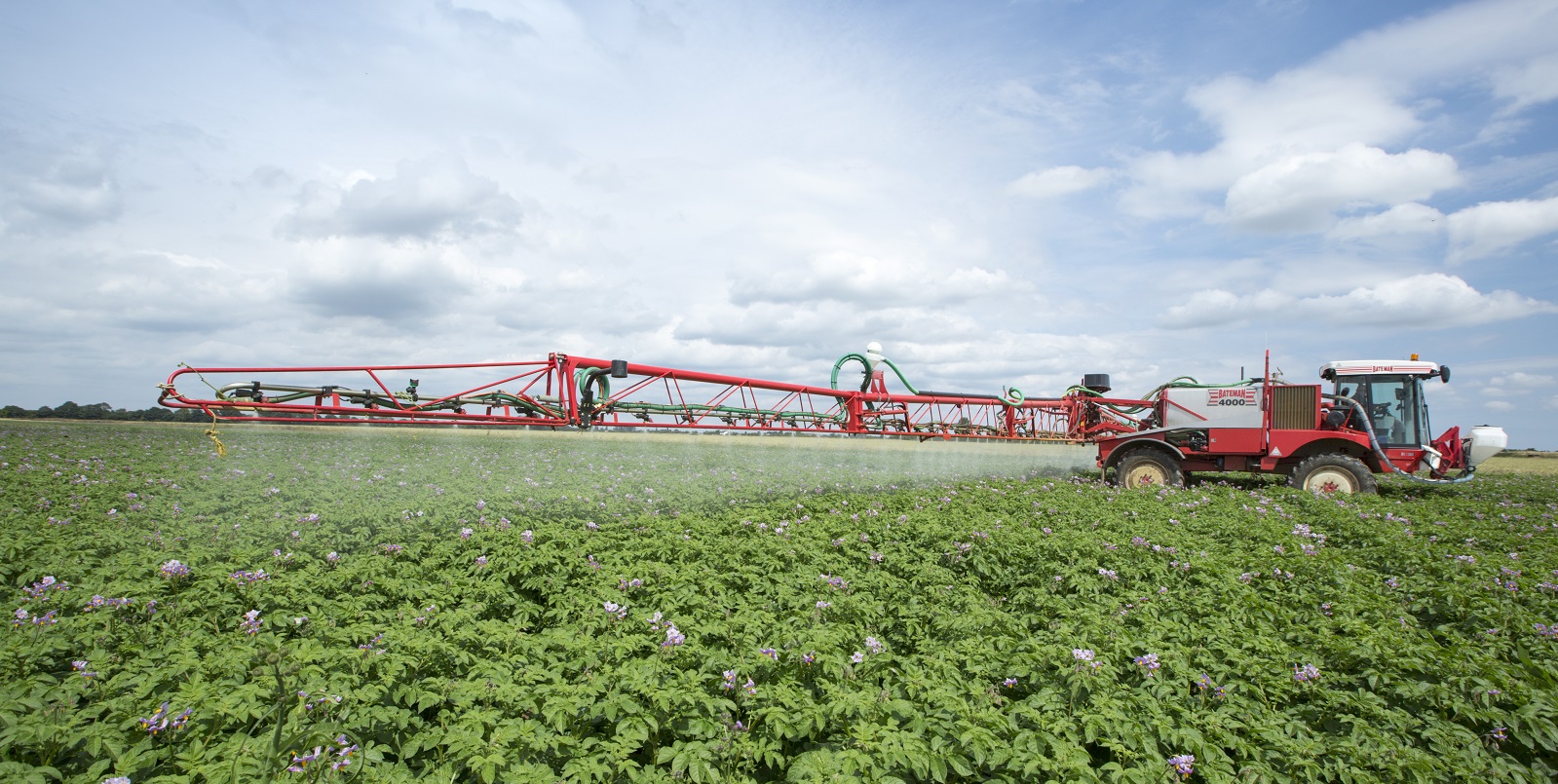 The issue is that successful control of blight has now become a more complex and, perhaps most importantly, a more costly exercise, explains Eric Anderson, Scottish Agronomy senior agronomist.

“We now have to give greater thought to resistance management. Details such as modes of action and the number of times a fungicide belonging to a particular group can be used in the programme need to be considered. Past practice of relying on repeat applications of the same product or mode of action is no longer acceptable,” he says.

Indeed Scottish Agronomy will be avoiding the sole use of carboxylic acid amide (CAA) products, such as mandipropamid, instead prefering to mix with a partner product, and also avoid the practice of ‘blocking’ – where the same product is used in consecutive applications, he says.

But with 13 modes of action available for late blight control in the UK this might not seem too challenging. However, only three are considered to have good activity against zoospores and therefore against tuber blight. Fluazinam is one, but for those who don’t want to run the risk of insensitivity that leaves just two: Quinone inside Inhibitors (QiI) which belong to FRAC code 21 and the pyridinylmethyl-benzamide group containing fluopicolide, belonging to FRAC code 43.

As the active substances of Shinkon/ Gachinko (amisulbrom) and Ranman Top (cyazofamid) are both QiI fungicides they should not be used in alternation or mixtures with each other as part of an effective fungicide resistance management strategy. Furthermore, FRAG UK resistance management guidelines for the QiI group are that they should not form more than 50% of the intended programme or that CAA group fungicides should not exceed six applications when used in a mixture or four when used alone and no more than 33% of the programme.

Overcoming this dilemma, however, is reasonably straightforward assuming growers make proficient use of products other than QiIs in the rapid canopy phase and alternate use of the remaining QiI applications with Infinito (fluopicolide + propamocarb), which can be applied up to four times per crop.

“If Zorvec Enicade (oxathiapiprolin) is mixed with amisulbrom during rapid canopy growth this limits the number of QiI applications that can be made later in the programme when the focus turns to tuber blight protection,” explains Mr Anderson. “Zorvec is best utilised at the rapid canopy phase, so the question is how many times to apply it with a QiI if some QiI applications are to be saved for later in the programme?” he adds.

The use of these two Qil products and Infinito therefore need to be planned carefully in programmes to ensure that sufficient fungicides with tuber blight activity are retained for when they are needed. This is particularly important for those who may want to deploy Infinito for its foliar activity and systemic mobility during the rapid canopy growth phase.

Tubers are at risk of infection from the point of initiation, which depending on variety, is around the end of the rapid growth phase and the beginning of the stable canopy phase. A grower wanting to incorporate robust tuber protection from then on will need to alternate between QiIs and Infinito.

To complicate matters, limited testing of 36_A2, another strain which has spread rapidly across Europe to become common across Germany, Belgium, the Netherlands, France, Poland and Denmark, and arrived in the UK in 2017, has demonstrated a fitness advantage over other strains.

This fitness advantage has been confirmed by several organisations across Europe where laboratory testing found 36_ A2 to be more aggressive than the strains that preceded it.

“The arrival of yet another more aggressive strain challenges two points: first, the suggestion among some advisers that variety resistance has a greater role to play in structuring programmes and the intention of those planning to extend intervals to more than seven days. Its sheer folly in both instances,” he says.

Mr Anderson is also concerned by the James Hutton Institute work, where 36_A2 formed larger lesions at low dose rates than other strains. In response, Scottish Agronomy will now advise the use of a suitable mixing partner to promote crop protection during rapid canopy phase.

As potato plants are growing quickly at this time, a product such as Revus, which is bound to leaf wax of newly developing leaf primordia, will be quickly diluted to low concentrations within the canopy and may struggle to control blight.

“It’s not sensible, given that information, to be applying mandipropamid without a mixing partner such as mancozeb during the rapid canopy phase,” says Mr Anderson.