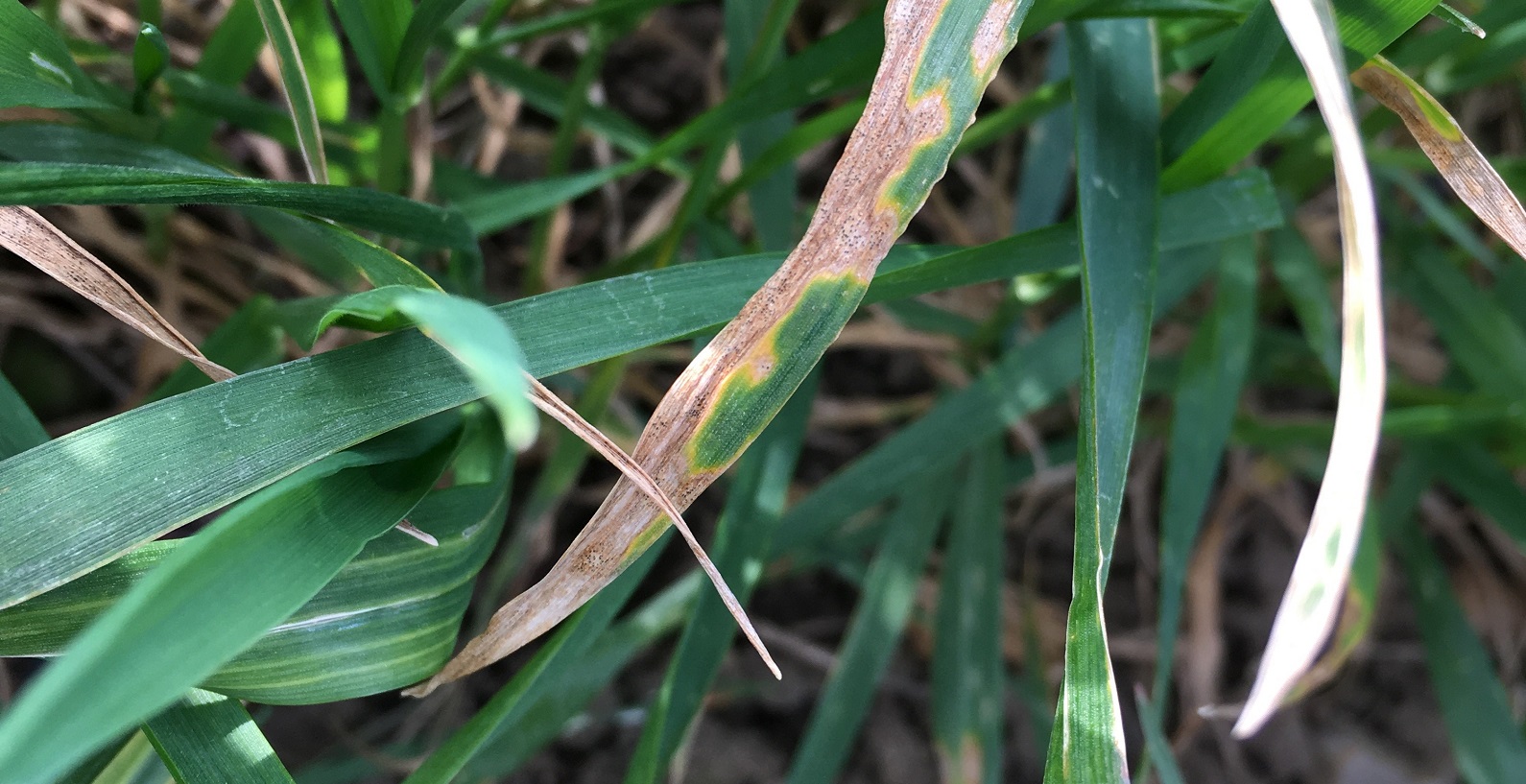 More settled recent weather has seen field work progress well in the latter part of March. The mild winter encouraged well-tillered cereal crops with higher biomass than may be expected at this time of year, so yield potential is promising. The key will be managing these crops with plant growth regulators and fungicides to help realise that potential.

Oilseed rape crops in the East are in two camps. Some are growing well and starting to flower, whilst others struggling due to continued cabbage stem flea beetle larvae pressure. Some fields have both situations in the same field, which will have implications for disease and pest management.

Most wheat crops in the East have reached the T0 fungicide timing and this can be key to holding disease until the more important T1 spray later in April. The most accurate way of determining the right T1 timing is dissecting main stems and applying fungicide when final leaf 3 is 75% emerged. This will cover leaf 3 itself and also get some protection on to the emerging leaf 2.

2. Use a broad-spectrum azole at T1 for protection of foliar and stem based diseases

The key disease to consider at T1 is septoria and it is easily found across the region. If the weather is conducive for its development then it can easily transfer up onto the top three leaves, with potential to cause significant yield loss. Yellow rust is also appearing in susceptible varieties, but in these high-risk situations you would expect this to be addressed with a suitable T0 and by keeping spray intervals tight.

As most varieties have poor eyespot resistance scores and given the unpredictability of current weather patterns, growers will want to be using a T1 fungicide that will protect against eyespot as well as septoria and rust. Prothioconazole is the strongest primary azole and has broad-spectrum activity on the key diseases at this timing when applied at robust dose rates. Aviator (bixafen + prothioconazole) is often a logical fit here, given its 80% dose of Prothiocoazole when applied at 1L/ha.

The next question is whether an SDHI should be included and although an azole-chlorothalonil approach is a possibility on later drilled, more resistant varieties, timing has to be spot on. An SDHI provides flexibility if the T1 is delayed for bad weather or on larger farms where a sprayer has to cover vast acreage. The extra strength of an SDHI is also useful when disease pressure is high, as it is the only chemistry that provides kickback on septoria.

Products such as Aviator (bixafen + prothioconazole) and Ascra (bixafen + fluopyram + prothioconazole) both deliver a high loading of azole, cover a broad spectrum of diseases and give that flexibility at T1 where required. A multisite product such as chlorothalonil should also be added at T1, too.

The final week of March saw warm temperatures and increasing reports of pollen beetle activity in oilseed rape. However, both winter and spring oilseed rape should only be sprayed when thresholds are reached and never as insurance. The beetles become a pollinator as soon as flowers open.

Where there are backward areas held back by flea beetle damage, plants could be vulnerable to pollen beetle for longer. These crops should be monitored closely and an insecticide treatment might be justified in these scenarios. Remember that pyrethroid resistance in pollen beetle is widespread, so consider a product with an alternative mode of action such as Biscaya (thiacloprid).

Sclerotinia risk in oilseed rape is based on three factors: presence of inoculum, flowering crops and conducive weather conditions. We don’t need substantial rainfall to trigger a risk period, so a few scattered showers might be enough for falling petals to stick on the stems, causing infection.

Crops are approaching flowering and growers will soon need to monitor these risk factors and consider a first flowering spray to protect against the disease. Uneven crops increase potential for a prolonged flowering period, so a second spray may be required three weeks after the first where risk remains high. If using a one-spray strategy, timing is more crucial, and it should be applied just before first significant petal fall.

Proline (prothioconazole) is the best choice, for two reasons. Firstly, it tops up light leaf spot control and secondly, gives good protectant activity on Sclerotinia. Proline at 0.45l/ha will provide valuable protection for the first 3 weeks with the option of following this with another 0.32l/ha after this period, if needed.

It is the first season without neonicotinoid seed treatments in sugar beet and without early protection against aphids that spread beet yellows virus, it is important to get the crop to the 12-leaf stage as quickly as possible, when plants become more tolerant. Where crops are still be drilled, everything should be done to encourage rapid germination and early growth.

Although there is a vast range of herbicide options in sugar beet, the list of those that offer broad spectrum weed control alongside good crop safety is short. It is important to not knock back sugar beet with “hot” early herbicide mixtures. Products such as Betanal MaxxPro (desmedipham + ethofumesate + lenacil + phenmedipham) will not only give reliable control on early weeds, but is kind on the crop and ensures plants aren’t checked when used in the right conditions.

The granting of an emergency authorisation for the use of Biscaya on aphids in sugar beet has been agreed. The application was submitted by British Sugar and the NFU, with support from the BBRO.

The use of Biscaya in sugar beet will be crucial in order to be able to protect the crop from virus yellows following the loss of neo-nic seed treatments. The aphid forecast for this year is high following the mild winter, meaning there is a high risk for beet crops.