Heavier soils on the 3,500ha Abbots Ripton Estate, near Huntingdon managed by Paul Drinkwater, see the most significant black-grass problems including Hanslope boulder clay which is the soil type on much of the farm. The upside of heavy soil is really good yield potential for wheat the downside is black-grass. As a result, Mr Drinkwater relies on a robust pre-emergence and post-emergence herbicide programme to ensure the crop reaches its potential, alongside cultural controls.

In spring 2018, he used Bayer’s new post-emergence herbicide Monolith (mesosulfuron + propoxycarbazone) for the first time and sees the product as a really good tool to control black-grass. “I used it last year, there was a little window in in February but not one in March so everything else was applied in April which was very late to get the best result.”

To understand performance in 2018, he compared Monolith with Atlantis WG (mesosulfuron + iodosulfuron) to see which one worked better. “Looking at the different fields, I think that for black-grass control Monolith provided 10–15% more control than Atlantis WG. On the bigger black-grass it made a huge difference and I would say that if it has a tiller, I’d definitely use Monolith.”

Mr Drinkwater is already going around fields in mid-January to identify areas to apply Monolith from 1 February if conditions allow. He is hoping the weather continues to work in farmers’ favour after a successful autumn.

“We had a really good autumn, it was dry in September but after we started drilling autumn cereals there was a sensible amount of rain so pre-em chemistry went on in near perfect conditions. But we use a post-em to get some more control. We would like to apply it as soon as possible, but you need the same conditions as any post-em – it’s no more weatherproof than Atlantis.
Cold weather has arrived at just the right time in 2019 and Mr Drinkwater thinks that this will be a benefit – especially if it persists into February. Ideally, he would like cool conditions until March so plants stay small then as soon as soon as conditions warm up, he can apply Monolith. He believes these are the best circumstances to get high levels of control from the herbicide.

Trials and experience suggest he is correct – a small plant that is actively growing will take in the active and has less ability due to its size to metabolise it and survive  – even when there is some metabolic resistance.

To maximise the activity of Monolith he usually applies it with just the adjuvant biopower. He sometimes adds liquid manganese for certain areas of the farm but the T0 fungicide and post-emergence herbicide are always separate.

The bigger picture is that he has to balance reducing seed return and still grow a profitable crop. “The problem we’ve got is that you can grow quite a nice crop of wheat with a high level of black-grass. You’re masking everything all the while. The yields look pretty good, but the seed return can be enormous.”

Realising this wasn’t sustainable, he started growing spring barley two years ago to get the improved control from delaying drilling until spring. The results have been good, but he thinks that spring barley is the only crop that does the job well – other spring options are hampered by a lack of market, lack of competitiveness or a lack of herbicides. Consequently, winter wheat grown with robust herbicides will remain a central part of central part of the rotation. 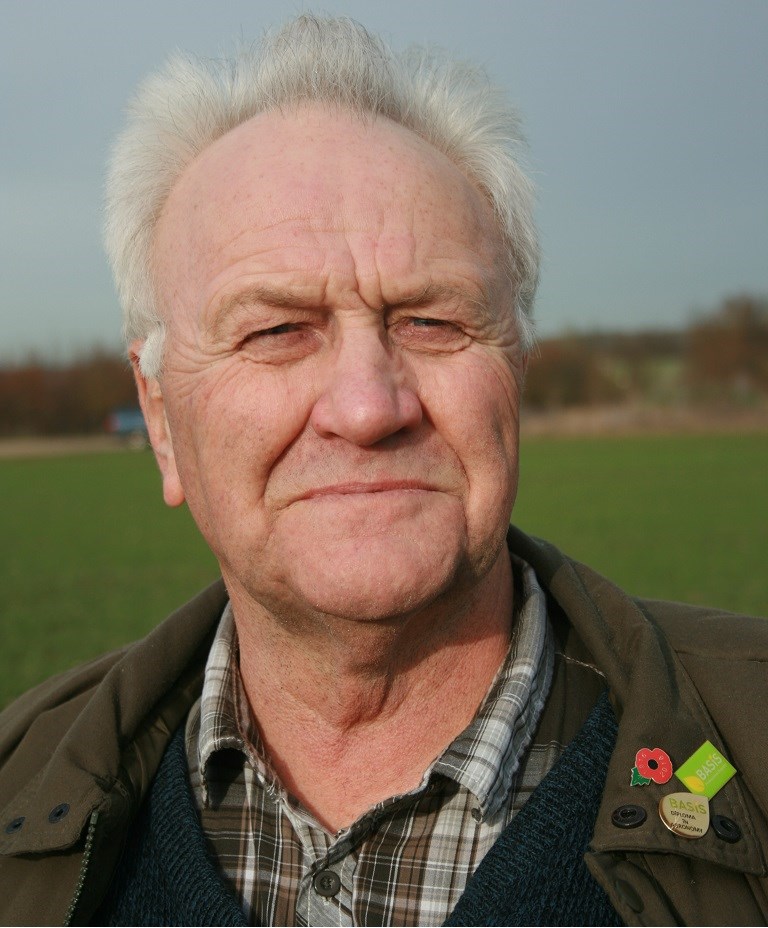 A highly active herbicide (including a sulfonylurea herbicide) with foliar and some root activity against black-grass.