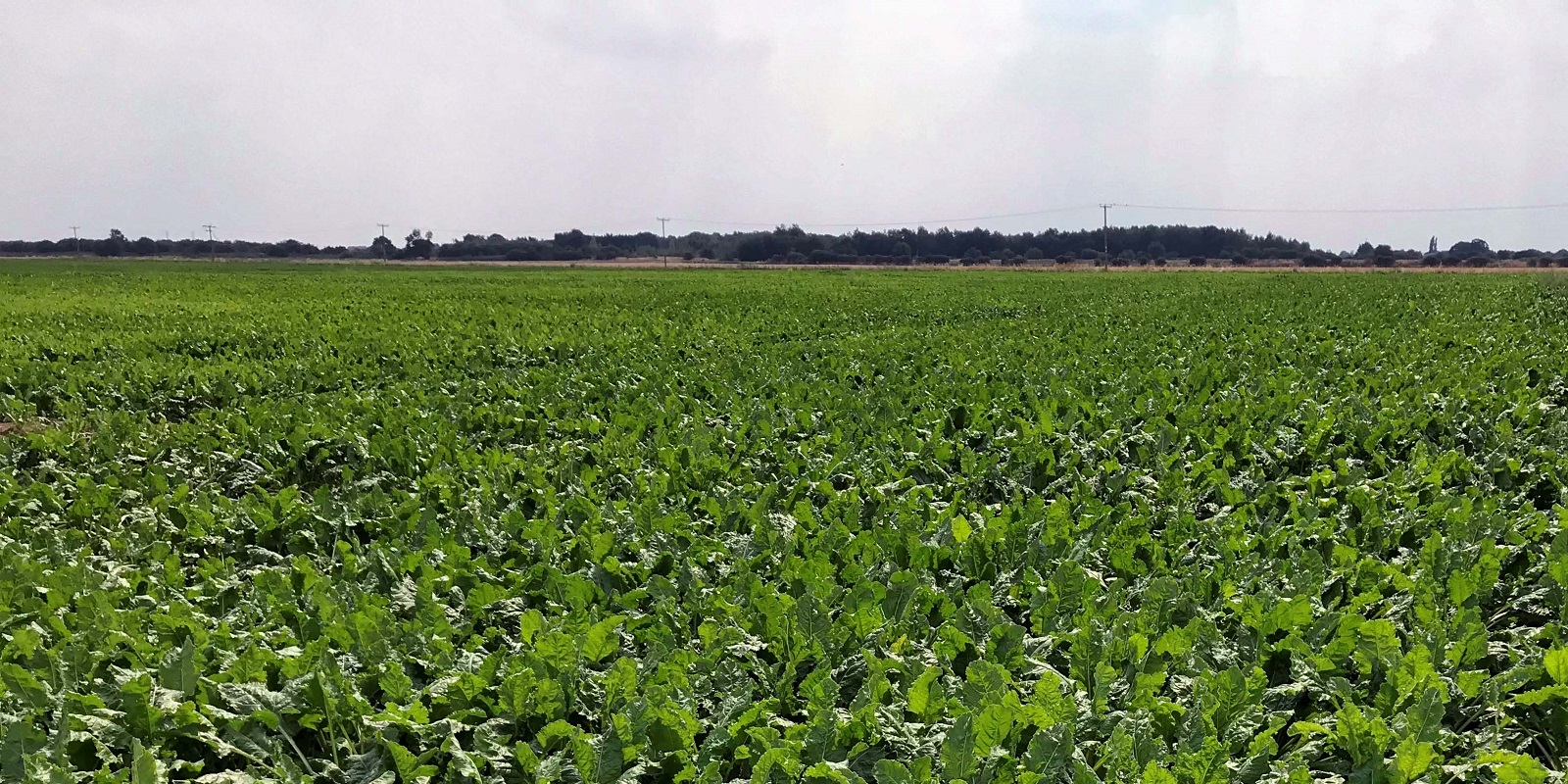 James Fretwell would insist there is nothing special about the way he manages the 28 hectares of sugar beet on the family farm but listen to him explain the reasons behind the decisions he took, and every action reveals a level of situational awareness that belies his 30 years.

The end of processing at British Sugar’s York factory in 2007 means the warp soils of the Isle of Axholme to the east of Doncaster in South Yorkshire can now be more often found planted with potatoes and other field vegetables rather than sugar beet. But for the Fretwell family, sugar beet fits neatly with the rotation even if the area grown has fallen steadily in recent years.

Of the 14 #Beet150 growers who participated in plant count surveys in mid-August, the Fretwell family topped the list with 117,777 plants per hectare. Aside from slightly narrower row spacing compared with many growers (45cm to fit with the potato enterprise), what else would explain this level of establishment success?

“Good soils and good soil management are the foundations to good success. The silt soils of the Trent Valley produce good crops, but they need careful management as the silt is shallow in places and in dry weather the crop can quickly burn up. There were points this season we would have liked to irrigate, but didn’t have the capacity,” says James.

Ware potatoes are the farm’s principal focus and during busy times sugar beet has to wait its turn.

“Whenever possible we like to have the sugar beet drilled before potato planting. To a certain extent this determines some of my management decisions, such as variety choice, but soil conditions will always take priority over drilling date. I refuse to drill into a cold soil,” he says.

This season drilling took place over three days between 19th and 22nd April at a seed rate of 1.23 units per hectare. In previous years he has drilled as high as 1.3 units per hectare, but while later than he would have liked, conditions at drilling were good so he saw no reason to go beyond the rate sown.

“I generally opt for a variety with a low bolting score and a high sugar content. For the first time we have this season sown a small area of Daphna, a BCN-tolerant variety, on one field where there is a history of BCN while the rest of the area is sown to Sabatina KWS.”

Soil analyses are taken in the previous autumn with P and K requirements addressed after ploughing. These are then incorporated with the power-harrow immediately before drilling. Nitrogen fertiliser is split in two applications with 40kg applied after sowing and a further 80kg applied at two-leaf stage, roughly three weeks later.

Weed control differs from that followed on most farms, but it’s a system that suits the land.

“We still follow the FAR approach. The fertile silts promote regular weed flushes, so we find a little and often approach based on a seven-day spray interval works best.”

The core weeds are knotgrass, bindweed and charlock. Although BASIS certified James works with ProCam agronomist, Frazer Chamberlayne on product selection and applications rates and tends to rely on metamitron, lenacil, phenmedipham and ethofumesate gradually increasing the rates as the sugar beet plant is able to withstand it.

“The 45cm-row spacings also favour better weed control as the plants are quicker to meet across the rows thereby shading out any weeds,” says James.

When it comes to disease control it’s a case of following the BBRO advice and using the best fungicides for the disease spectrum found.

“Rust and powdery mildew are the main threats to crop performance and this season it was clear that rust would be the principal disease to contend with. Experience has taught me that not all fungicides perform equally on these diseases, so I refer to the BBRO crop management book for guidance.

“The dry weather in the early summer certainly helped keep disease at bay and as a result the first Escolta (cyproconazole + trifloxystrobin) was delayed until 31st July. This was followed up four weeks later, on 30th August with a second application of Escolta, also at full rate.”

Lifting usually commences in early November before finishing in late February or early March. Despite being a late lifter, James has never seen the need to apply a third fungicide, but with an average yield of 98.5t/ha last season perhaps he’s right.