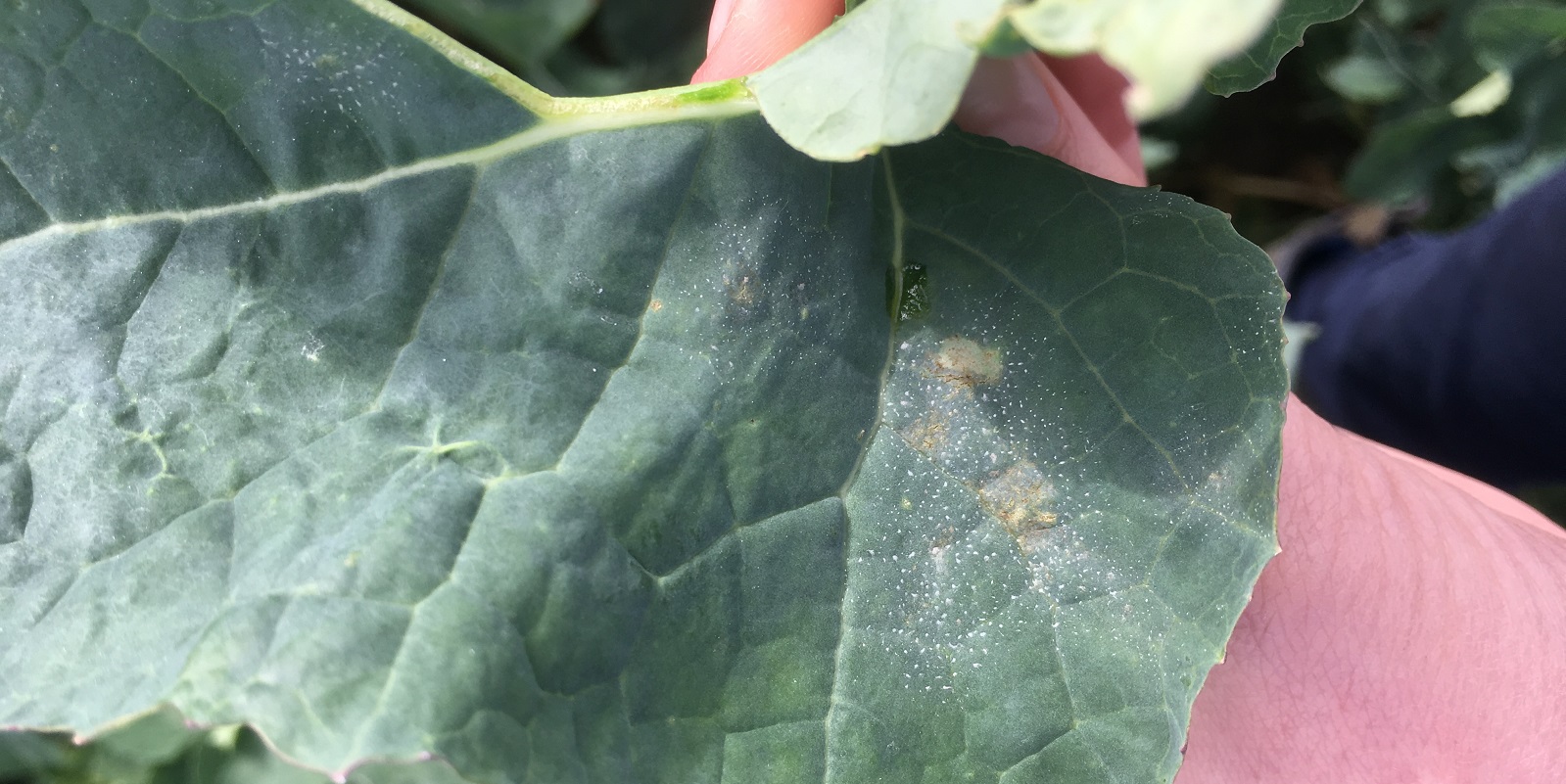 Through March we have seen intermittent weather, with periods of frost broken up by warmer temperatures and heavy rain. For getting land worked ahead of spring crops it has resulted in slow progress over the last month, but growers on the lightest land have managed to get some sugar beet drilled and grass-weed herbicides applied to winter wheat.

As temperatures warm, OSR  growth has accelerated and across Suffolk crops are at the stem extension to start of green bud stage. Light leaf spot will still need managing as the crop grows away, with the key to minimising its impact keeping it off the extending canopy and pods later in the season. I am seeing some symptoms in the field, particularly in susceptible varieties.

Crops should be closely monitored and a fungicide applied as soon as LLS is seen pre-stem extension or at 15% plants affected at early stem extension. Where levels are low, 0.32L/ha of Proline is recommended, with the option of increasing that to 0.46L/ha in a high-pressure scenario.

Colder temperatures over the last month have kept pest pressure in check, but as temperatures climb, pollen beetles will need keeping an eye on over the coming weeks as crops move through the susceptible green/yellow bud stages. Once thresholds are reached during green to yellow bud, apply Biscaya (thiacloprid) at 0.3 L/ha. Remember - once flowering starts, Pollen beetles move to open flowers and become pollinators, not pests.

Like oilseed rape, winter wheat has been held back by colder temperatures in March, but is now growing away as warmer weather arrives. Many Spring post-emergence herbicide sprays have been delayed, but a few growers on lighter land have grabbed the opportunity to apply them over the last two weeks.

It isn’t too late to apply products such as Monolith (mesosulfuron + propoxycarbazone), which has a cut off at GS33, so my advice is to get on as soon as possible and apply with 1L Biopower. It is best to avoid tank mixes where possible.

Across Suffolk rust and mildew has been knocked back by the frosts, however these diseases still need monitoring on susceptible varieties. The main disease visible at this stage is septoria, covering lower leaves and progressing, given the damp weather conducive for its development.

There is a debate around whether a T0 is necessary, particularly on more resistant varieties. With septoria present, I believe it is worth applying a T0 at GS 30, based on a multisite such as chlorothalonil, as it gives you flexibility if the T1 is delayed later in the month. If yellow rust is active, add in a fast moving azole such as tebuconazole, offering quick knock-down activity, or a strobilurin if rust is expected on a susceptible variety.

T1 plans should be based on disease risk, which is dictated by variety, drill date and the sprayer’s ability to get across the wheat area on each farm. Timing is critical and targeting T1 at GS 31-32, when leaf 3 is just fully emerged is key. Chlorothalonil is an important component for maintaining septoria protection and should be combined with an azole-SDHI combination to achieve this broad spectrum control and risk management.

If using an SDHI, ensure that the azole partner rate is high, to protect against resistance – Aviator (bixafen + prothioconazole) fits well here, as 1L/ha delivers an 80% dose of prothioconazole.

It is important to remain patient and drill sugar beet into good seedbeds to aid optimum establishment. It will also help with the efficacy of any pre-emergence or early post-emergence residual herbicides being applied.

For the earliest sown crops, attention will soon turn to weed control and for the first post-emergence herbicide applications, it’s important to choose a product with superior control against problem weeds and proven crop safety. Betanal MaxxPro (desmedipham + ethofumesate + lenacil + phenmedipham) can be used from cotyledon stage of the crop and in the majority of situations, doesn’t require the addition of oil to deliver excellent control of a range of broad-leaved weeds, improving the safety of the application.