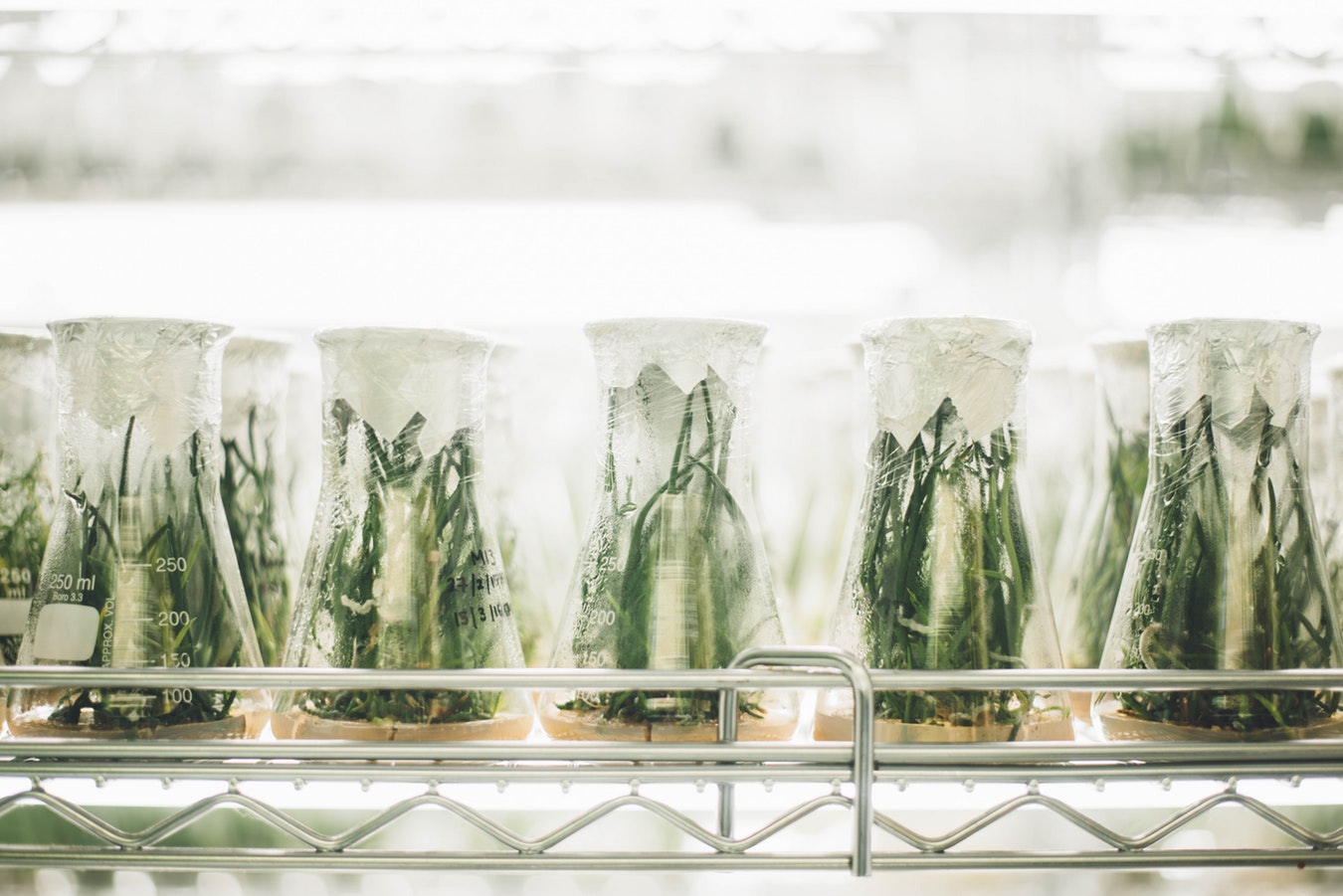 We’re all familiar with Bill Gates – he’s the wealthiest human on the planet, with a net worth of $86 billion. The Microsoft founder has increasingly become known for his philanthropic work, yet many viewers were surprised to see him stood in a damp Scottish field on a wintry Sunday evening, praising British farming to Countryfile viewers.

It turns out, however, that Gates has invested more than £1bn into the UK, funding science and innovation across health and agriculture. His mission is nothing less than ending global poverty, and he’s betting on British skills and knowledge to help improve agricultural output in the developing world (whilst also acknowledging that the science that’s happening here should of course benefit our own industry too).

So what were the key takeaways from his much-talked-about appearance?

1. The UK is falling behind when it comes to farming productivity

Although UK farming productivity has been growing since the 1950s, we’re not keeping pace with global trends, with other major economies growing at a much faster rate. 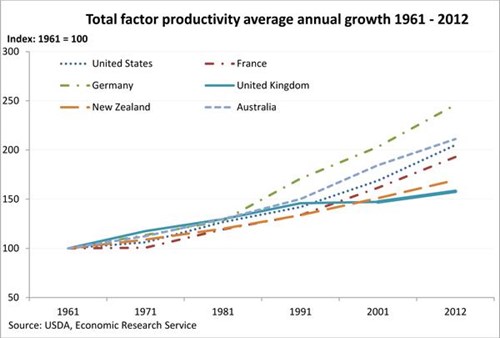 In terms of ‘agriculture value added per worker’, we rank 22nd in the world, directly behind Kuwait, and we’re also outperformed by countries including Bosnia and Herzegovina, and Lebanon.

Clearly, world-class research isn’t always translating into better output, and with Brexit on the horizon, turning this trend around will be a genuine challenge. But with such significant investment coming into the industry, and a bold vision for British agriculture from ground-level up to government, it’s a challenge that has the power to galvanise us all.

2. Genetic science will be increasingly central to innovation in farming

Bill Gates wasn’t in Scotland by chance; the University of Edinburgh brought us Dolly the Sheep in 1996 – the first cloned adult animal – and Britain’s heritage in genetics is a key reason the billionaire is giving us his backing.

Of course, this history stretches back much further; Crick and Watson announced their discovery of DNA just down the road from us at now-famous pub The Eagle back in 1953, and, more recently, the UK has made public its ambition to lead the world in genetic research.

Gates cited the overlapping science around both human health and agriculture, with genetics at the core, and articulated the collective challenge we face – the need to be one step ahead in a world of ever-evolving disease. 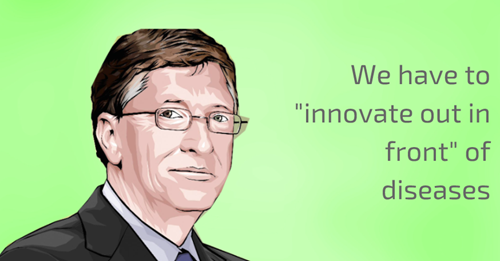 3. We need to bridge the gap between the lab and the field

As we’ve outlined, although the UK continues to be a hub of world-leading research, we don’t always lead by example in the field. Together, though, we can forge a new innovative era, and put ground-breaking British farming back on the map. The good news is that there are already some brilliant organisations such as Agri-Tech East, NIAB, AHDB and LEAF which are dedicated to delivering a sustainable food system through bridging such gaps. By actively ensuring a more streamlined innovation pipeline and route to market growers can benefit from science, and consumers and the environment can benefit from the entrepreneurial skills of the growers in turn.

Gates talked about the need for a “doubly green revolution”, in which farming’s impact on the environment is lessened, at the same time as doubling productivity. But this concept goes beyond agriculture – as Professor Chris Gilligan, Head of the School of Biological Sciences at the University of Cambridge, has said:

“Global food security is both a challenge and an opportunity to focus and integrate research expertise in the natural, clinical and social sciences coupled with the humanities to develop tractable solutions. These must be sustainable, socially equitable and ecologically successful – the so-called ‘doubly-green revolution’.” 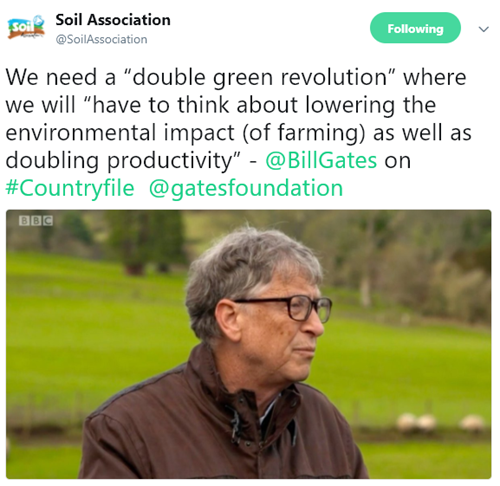 Realising this revolution will require a number of different interest groups to work towards a common vision and will ultimately involve some major social and political choices, but few people would argue against the goal of growing more food, more efficiently, whilst also protecting the planet.

5. We all have a part to play in putting the UK back at the forefront of efficient farming

Whilst everyone in the industry should welcome the support of someone with the resources, influence, and vision Bill Gates brings to the table, the onus is ultimately on all of us to work together to address the challenges we face, whether that’s the near-term uncertainties presented by Brexit, or the long-term imperative to feed a global population set to reach 9.7 billion by 2015.

Whether in the lab, at the desk, or on the farm, whether organic or conventionally grown, we all share responsibility for advancing the future of farming and once again showing the world how it’s done.

Did you watch Bill Gates on Countryfile? Tweet us @Bayer4CropsUK and let us know what you made of his appearance. If you missed it, you can watch on BBC iPlayer here (available until 13th March 2018).