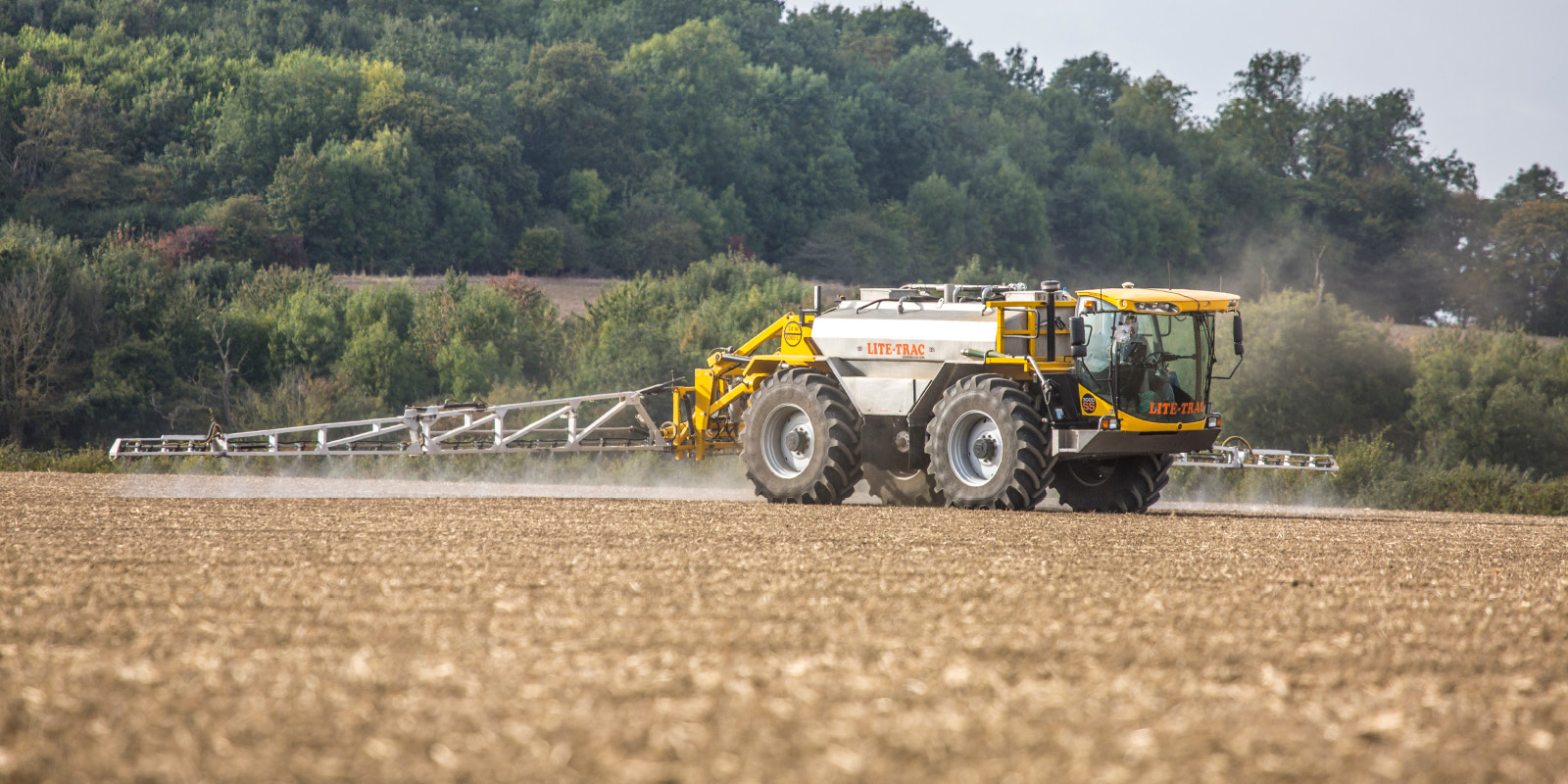 Flufenacet-containing products, like Liberator, are a key building block to an effective black-grass herbicide programme. Ideally used after, and in conjunction with cultural control measures such as stale seedbeds, delayed drilling and higher seed rates, Liberator applied within 48 hours of drilling (pre-emergence) is the best start to the chemical part of the grassweed control programme.

Autumn 2016 saw the best ever control from Liberator in pre-emergence trials conducted in independent and Bayer replicated trials. In a large data set of 205 trials in 12 different seasons, Liberator has given on average 68% control of black-grass. In 2016/17, that improved to 74% across 14 trials.

As all growers with black-grass will recognise, every percent counts when it comes to black-grass, and that generally better performance from Liberator, along with a wider take-up of cultural controls, has led to a better year for black-grass control for many growers.

Indeed, the performance of Liberator and use of cultural controls goes hand-in-hand. Delaying drilling, which was perhaps the most widespread new cultural control method utilised, means a better chance for black-grass to be taken out pre-drilling by glyphosate, reducing the population for the in-crop chemistry to tackle. In addition, later drilling usually means the pre-emergence is applied into moisture, helping boost efficacy. Combined it is a win-win for black-grass control.

Performance can be further boosted by the addition of tank-mix partners with Liberator. Options include prosulfocarb, pendimethalin, and extra diflufenican, or tri-allate either in tank-mix with the liquid formulation or in sequence with granules.

Are all flufenacet products the same?

As an active ingredient, flufenacet has now passed the period where the patent is protected, meaning other companies are able to produce competitor products similar to Liberator, which are often sold at a cheaper price.

But Bayer testing of these products shows you can get different performance from the same active ingredients. Last season, across 8 trials, not only did Liberator give 5-10% better control than competitor generic products on average, it was also more consistent in its performance. 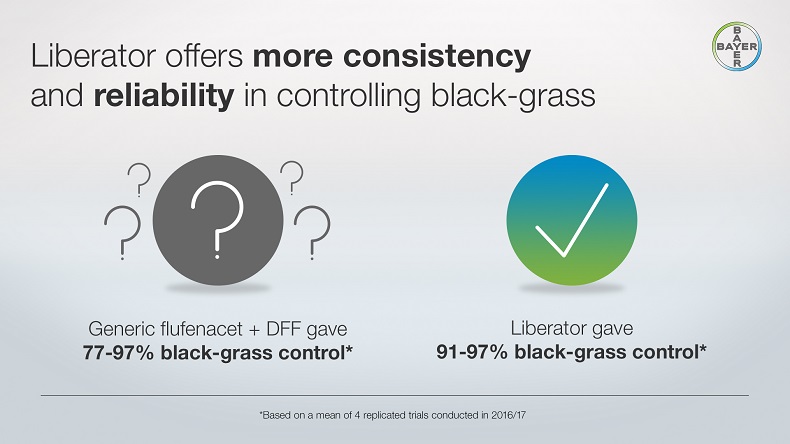 That extra efficacy and reliability comes at cost of just 0.5% of the total cost of growing a hectare of wheat, but as AHDB Project 560 ‘Sustaining winter cropping under threat from herbicide resistant black-grass’ suggests a difference of just 5% in black-grass control can reduce yields by 0.5t/ha, which will cost a lot more than the extra cost buying Liberator.

And when you buy Liberator from Bayer, you are buying more than just the product. For a start you’re investing your future – for every £10 you spend on Liberator, £1 goes back into research and development of the next generation of products or services that potentially will help control your grass weed problems in the future. This year, for example, our team of 12 development agronomists are conducting over 90 trials into future herbicide solutions.

You’re also investing in excellent technical back-up from a knowledgeable team based around the country, [Find your local technical manager], and access to the information from more than 50 agronomy support trials, each year designed to support you in how you get the best out of products, such as Liberator and Atlantis. 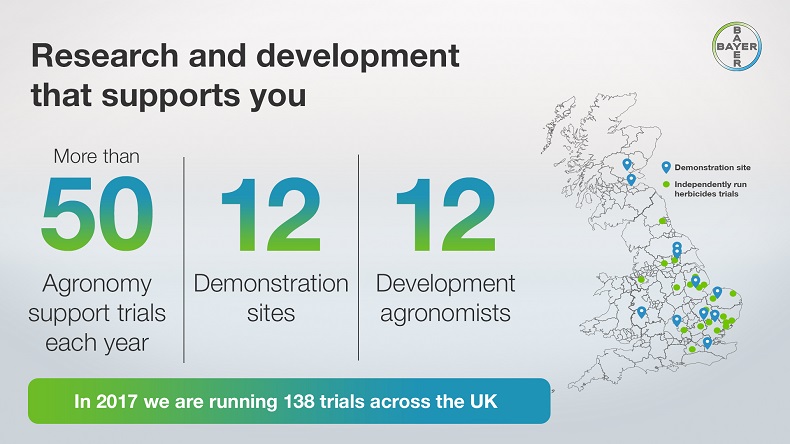 It’s an investment into the future that doesn’t come when you buy a generic flufenacet product, and when the difference in the costs of herbicides is perhaps no more than 0.5% of the total growing cost of a hectare of wheat, as well as investing in a more reliable product for this season, you’re also helping to ensure you have access to new technology in the future.