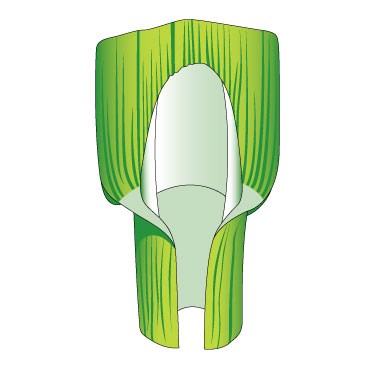 Light green with boat-shaped tip. Blade often crinkled or puckered and hairless. It is slightly keeled, with 'tramlines' and is folded in shoot. 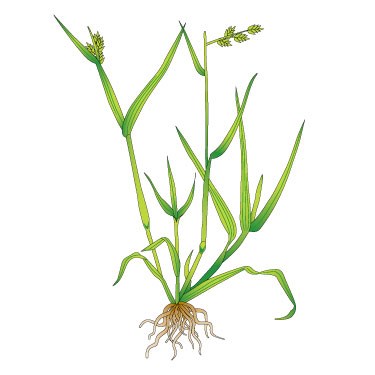 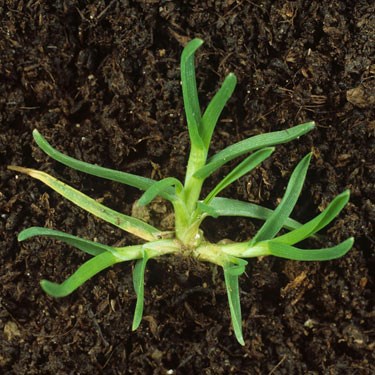 Very common in all arable areas, especially on acid soils. It has become a severe problem in some localities due to its ability to germinate and set seed throughout the year. It is not particularly competitive, however, in wetter areas it may cause harvesting difficulties.

It is predominantly a self-pollinating grass. Seeds are spread by wind, human activity, by animals and birds, in water and on farm implements. It is also the most abundant weed seed to be found in soil on footwear.

Annual meadow-grass germinates throughout the year, with the period of maximum emergence from April through to September, the latter being the optimum time, possibly due to more reliable soil moisture. After this, as the temperature falls, germination gradually decreases.

From the middle of February, germination increases again with rising temperature (7). The minimum temperature for germination is 2-5 ˚C, optimising from around 7 ˚C, through to a high of 35 ˚C.

Emergence also increases with increasing soil moisture (up to a maximum of 40% of field capacity), indicating that moisture retentive soils (including those with higher levels of organic matter) may be more prone to annual meadow-grass problems. Dry conditions however delay emergence.

Once established, it forms either a loose or compact erect, tufted plant and will flower within 44-55 days of germination. Because it flowers and seeds throughout the year, both emerging and flowering plants can sometimes be seen near each other.

Although annual meadow-grass flowers independently of day length, seed head production is at its maximum in May and June, with seeds becoming viable only 1-2 days following pollination.  It can produce large numbers of seeds; sometimes a single plant may produce up to 13,000 seeds, more under some circumstances.

Annual meadow-grass can be a host crop for the Shallot aphid (Myzus ascalonicus) and Ergot (Claviceps purpurea). 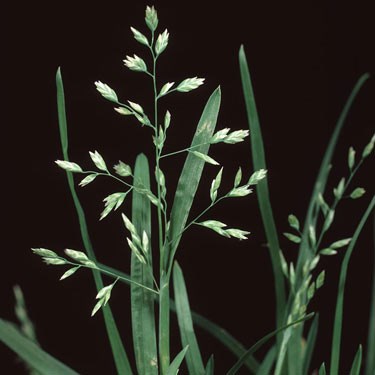 Direct drilling and minimal cultivations also favour the germination and emergence of meadow-grasses, as most of their seeds (being stimulated by light) germinate on or close to the soil surface.

Ensuring machinery is clean of seed before moving from field to field or storing will reduce the transference of seed to new areas.

There are confirmed strains of annual meadow-grass resistant to herbicides (mainly paraquat) in orchards. There is not, however, currently a problem with herbicide resistant meadow-grasses in arable situations.

Effective cultural control measures include the inclusion of spring-sown crops in the rotation and the delaying of final cultivations of ploughed pasture or areas known to be previously infested.

In some situations, including cultivated boundary strips around a field as part of a wider strategy to prevent encroachment of weeds, rather than as single operation, has supported control.