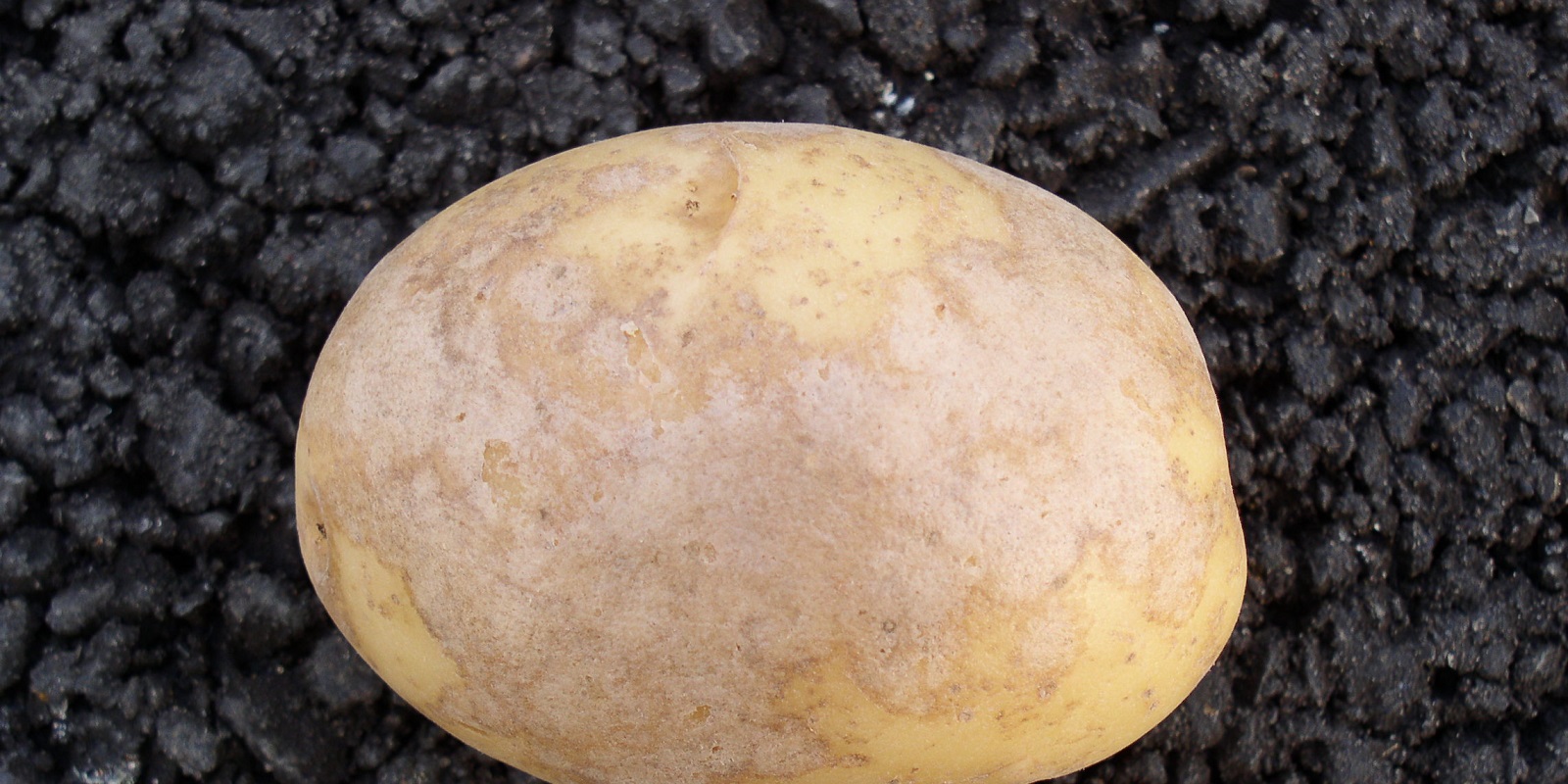 Superficial silvery patches caused by the seperation of the outer layer of skin. These patches enlarge and darken during storage, particularly in damp conditions, and the skin may eventually flake off (scurf). With favourable conditions for disease development, dark spore masses (conidia) can be visible on the surface of the tuber giving a 'sooty' appearance to the blemish.

The fungus is primarily transmitted by infected seed tubers but it can also survive in the soil for up to 2 years but this is not normally an important source of infection. Seed exhibiting only the mild symptoms of this disease can infect the daughter tubers more severely because younger lesions sporulate more profusely than older ones.

Commonly encountered in the UK. Tubers dehydrate and shrivel, which reduces their weight, quality, appearance and value. Badly infected tubers also bruise more easily when handled. Depending on temperature and humidity, infected tubers can produce spores to spread the disease further during storage.