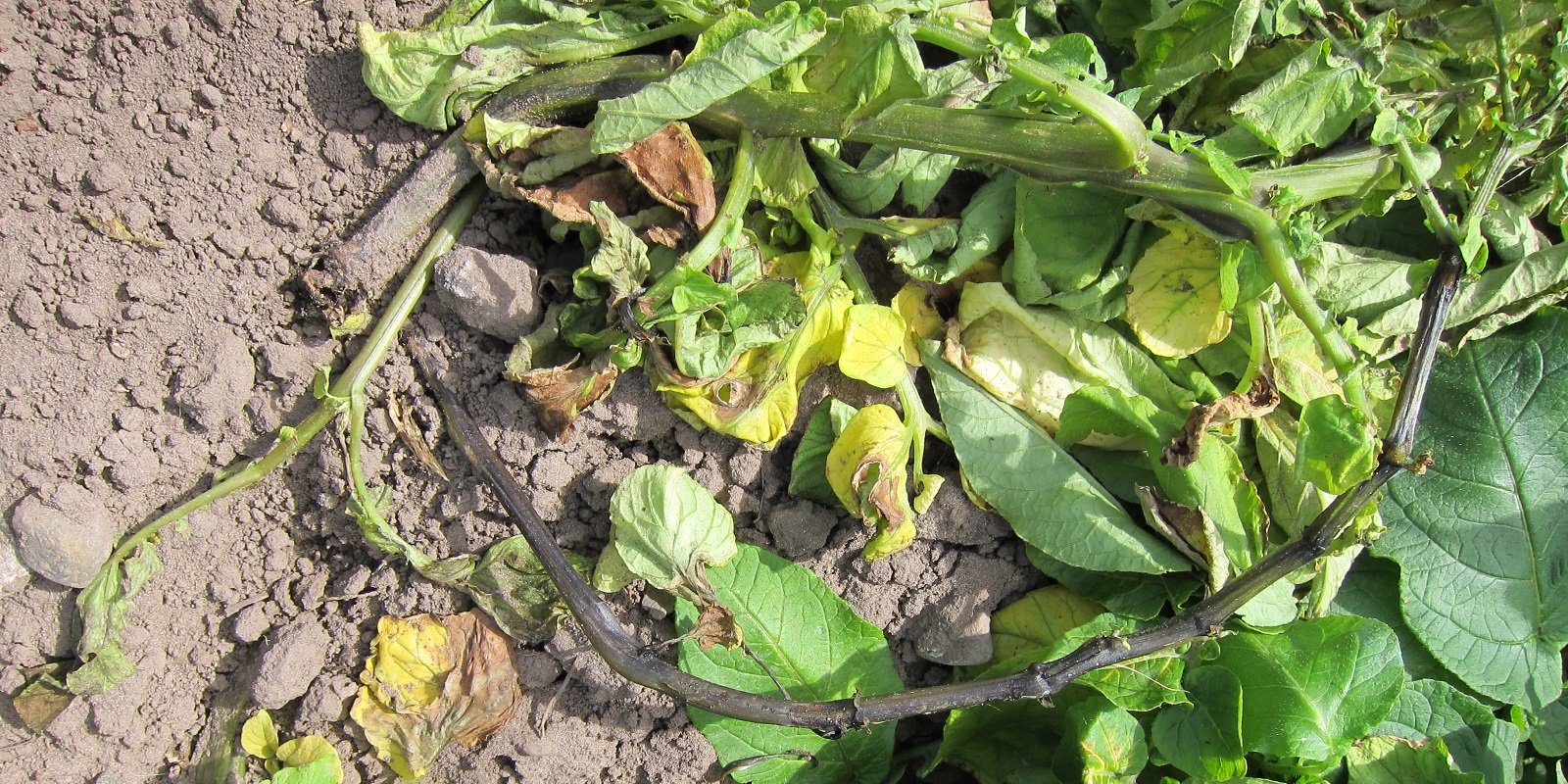 Stems fail to emerge or are stunted with yellow curled up leaves. These stems can be easily pulled out and are blackened at ground level. A late attack may cause the collapse and blackening of the entire haulm.

A few infected plants may be found in most crops, but losses in the growing crop are usually small.