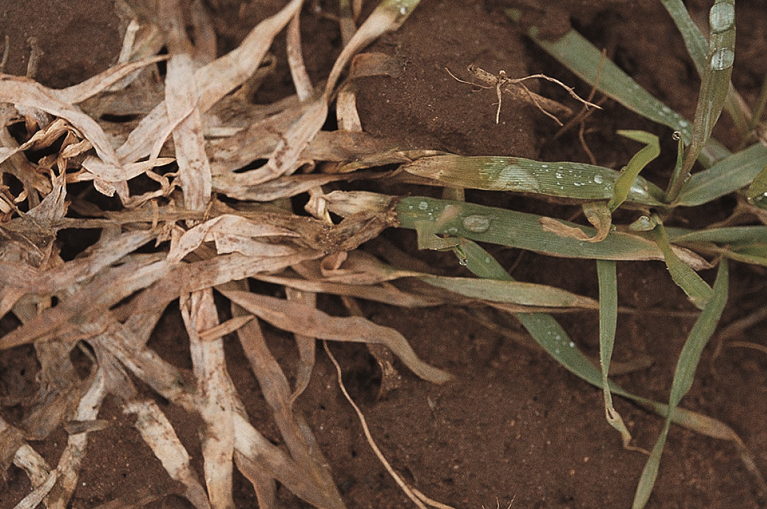 This disease can be detected in the autumn, but it is most apparent in the spring after a snow thaw.
Seedlings are deformed into a corkscrew shape and many do not penetrate the soil surface. Those that do emerge have a whiteish-pink mycelium at their bases.
After snow thaw, patches of withered plants covered in a mass of pink mycelium are apparent. The plants that survive never fully recover and ears are often blind contained shrivelled grain.
During the summer, spores arising from diseased plants may settle on the ears or leaves and lesions develop at the point of infection. This late infection does not reduce yield, but in the case of ear infection grain becomes contaminated and should not be used as seed.

The infection comes from seed or soil and spores are spread by the wind.

Mainly a disease of winter barley, especially in Scotland where snow is more prevalent.
Yield can be reduced by 20% in snowy upland areas and grain can be shrivelled.