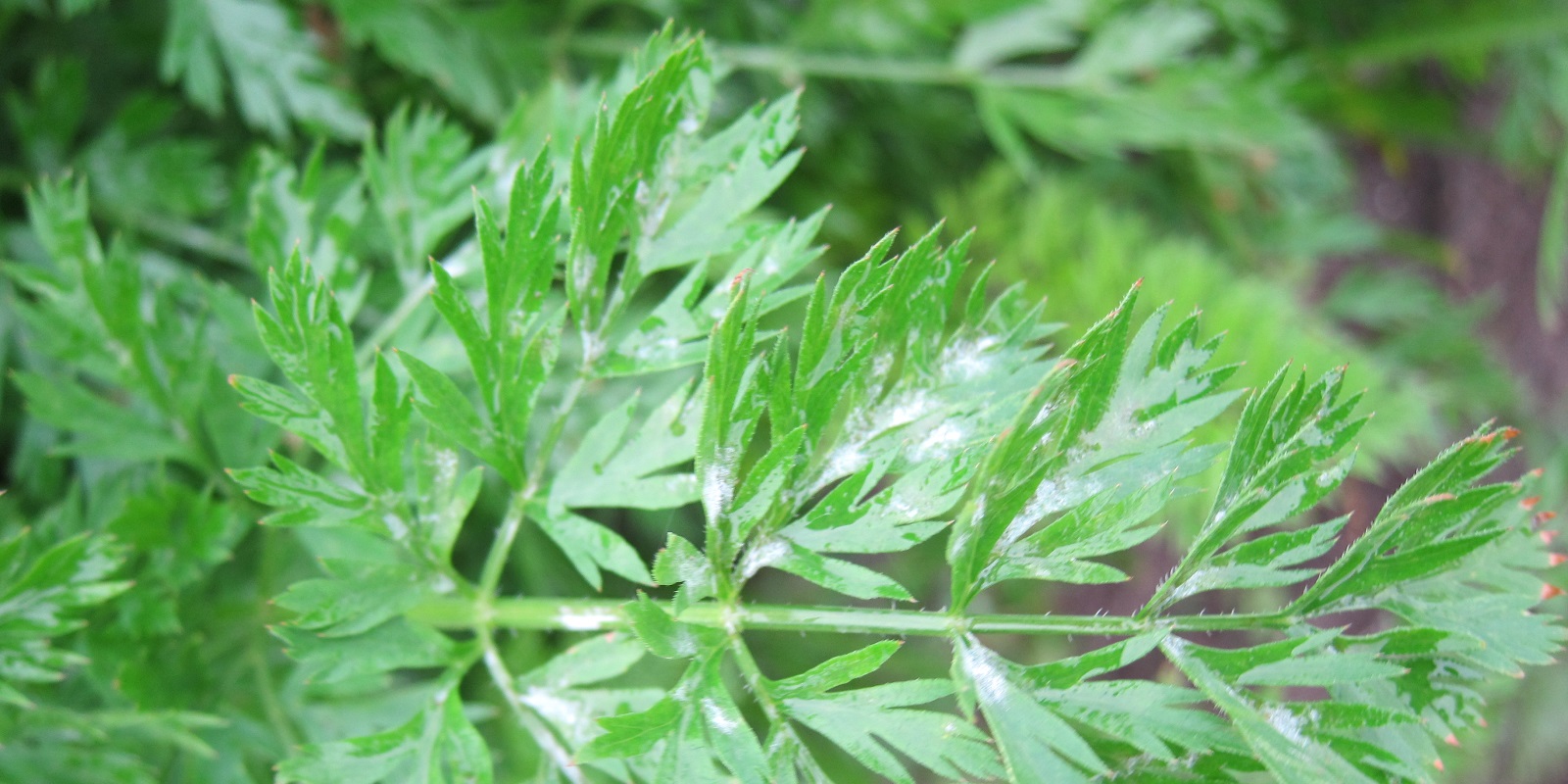 White, powdery fungal growth can initially be found on the older leaves and stems which then spreads to the newer developing leaves before eventually colonising the entire plant. Under severe disease pressure the leaves turn brown, twisted and brittle before shrivelling and dying.

In favourable conditions airborne spores land on leaves and penetrate into the host plant cells. Initially seen as small white spots which gradually enlarge to form a powdery mycelium. These produce spore forming structures releasing conidia which spread the disease further. Overwinters on crop debris or other host plants which include wild carrot, celery, parsley, parsnip as well as a range of other closely related umbelliferous herbaceous plants.