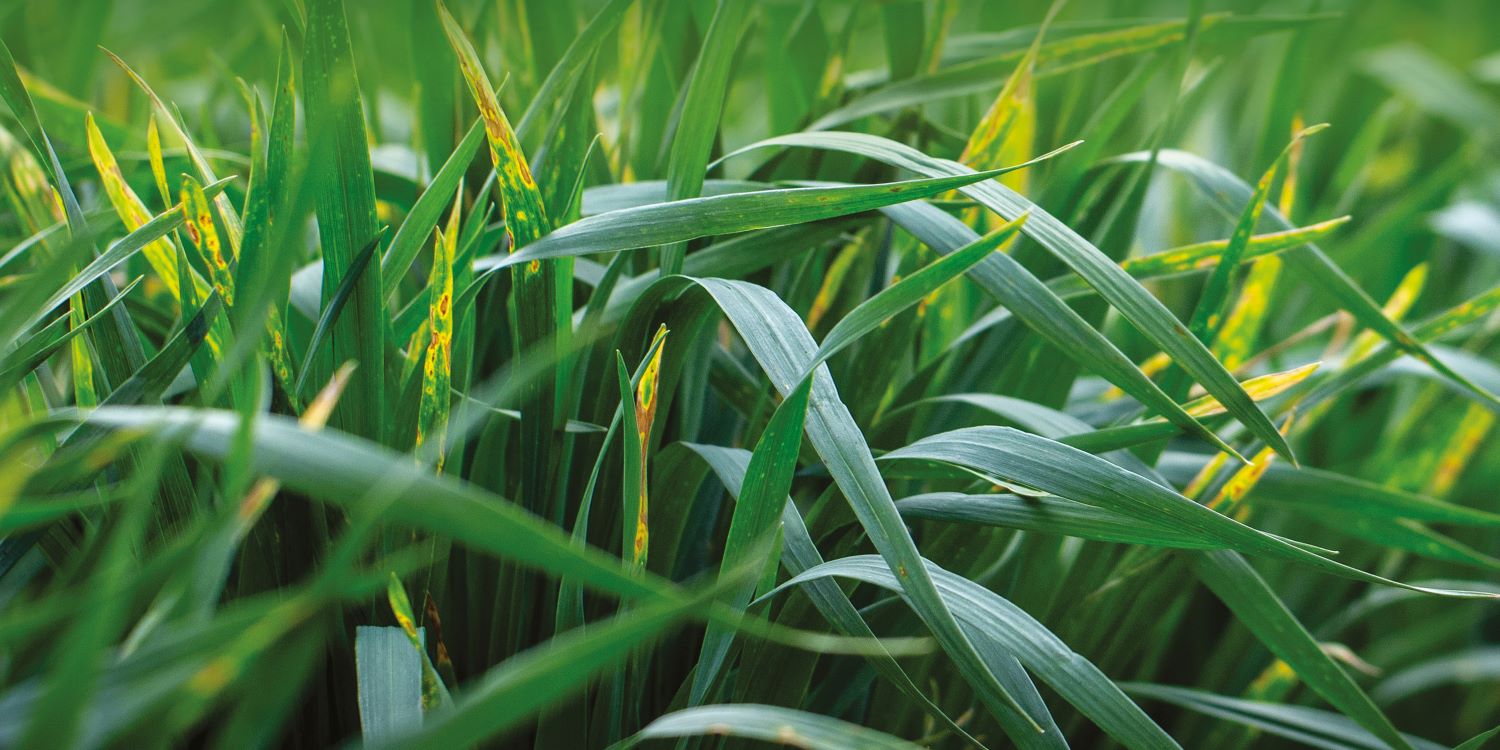 Latent disease testing – under Bayer’s Rapid Disease Detection initiative – gives an insight into what is happening inside plants, not just outside. This additional layer of information can help farmers to tackle diseases before they become less manageable.

Paul Cawood, an agronomist at Spunhill, would previously make assumptions on disease pressure based on varietal rating, drilling date and site fertility. He’d also look at the weather on the run-in to GS timings. However, latent disease testing allowed him to move away from assumptions and build confidence in his decisions.

Another farmer to recognise the benefits of latent disease testing is James Faulds of Hill House Farm in Aspall, Suffolk. In spring 2020, he knew that Septoria pressure had been checked by the weather, but still had questions over winter wheat fungicide rates.

He originally planned to apply Ascra at 1.2 L/ha. However, with latent disease testing, he recorded low levels of Septoria DNA in key yield-bearing leaves. This, combined with a reasonable weather forecast, encouraged him to reduce the application rate to 1.0 L/ha.

He is unlikely to have come to that conclusion without the insight gained from Bayer’s Rapid Disease Detection.

This season, Mark Wood of J P Clay Farms in Herefordshire decided on a product and rate switch for T1 sprays for his RGT Wolverine wheat. He was hoping he wouldn’t have to rely on the potency of a SDHI fungicide at T1 across the farm, especially with a good area of KWS Extase wheat.

Latent disease testing in late March revealed Septoria in the new leaves of both varieties. This was no great surprise thanks to September drilling dates, and the fact that genetic resistance may not have fully ‘kicked in’.

However, varietal resilience was still evident. At 0.286 ng/μL (nanograms per microlitre), Septoria DNA barely registered in the KWS Extase. RGT Wolverine wasn’t under intense pressure, but it was enough to convince Mark to switch from Firefly fungicide to Aviator plus Phoenix.

Bayer began Septoria qPCR testing in 2014, primarily for evaluating fungicide trials, and it soon revealed how quickly disease pressure can change and the value of such tools on farm.

The 2019 season was a very good example. Septoria DNA jumped after a series of rain events in late May and early June at Callow, Herefordshire. Until then DNA measurements barely registered.

First assessments taken on leaf 2 in Elation, LG Motown and LG Sundance just ahead of T2 sprays on 24 May revealed only untreated Elation carrying perceptible infection, at under 10 pp/µl (picograms per billion). Further assessments on 4 June showed a significant increase in Septoria DNA.

Just ten days later untreated Elation came in at over 250 pp/µl and Motown not far behind.

It was the SpotCheck initiative that helped illustrate the distribution of Light Leaf Spot throughout southern England and how quickly it could appear. In 2017, early October samples from farms in Essex, Norfolk and Lincolnshire revealed higher incidence than in traditional ‘hot spots’ like Tayside, Grampian and Borders.

And SpotCheck is still proving its worth. William Kerr farm manager Dan Kiddy used the service this season for the first time. His winter OSR area has decreased but it is still an important crop in his rotation.

Light Leaf Spot has now overtaken Phoma as the principal disease threat and the insight into disease pressure helps him refine control strategies: “Folicur (tebuconazole) and Proline (prothioconazole) are typically our products of choice when it comes to the disease, but prothioconazole is the stronger option. We used the service to help us make the appropriate active choice given disease incidence at the time.”

Beyond the cost-saving benefits of fungicide planning

Paul Cawood – the agronomist at Spunhill – seeks a proportionate response beyond just achieving cost-effective solutions for his customers. In the future, he feels the industry will have to justify crop management decisions more.

“The purpose of disease control is to help crops achieve their potential, but we need to do that in a more refined fashion. Every industry is under greater scrutiny, whether it be carbon reduction or environmental considerations. Farming is right on the front line so the pressure couldn’t be more intense.”

Paul also has an eye on product stewardship, stating that agronomists and growers cannot afford to expose chemistry unnecessarily by under or over applying fungicides.

What is Rapid Disease Detection?

In this video Rozzi Martin, Combinable Fungicide Campaign Manager at Bayer, shares a taster of our rapid disease detection technology that we are developing to help you inform and justify your fungicide decisions.

This blog post is based on an article from the autumn 2021 issue of Crop Focus magazine. The magazine is packed full of insight, advice and research from the world of arable farming to help you grow the most profitable crops possible. Over 90% of readers find Crop Focus an interesting read.