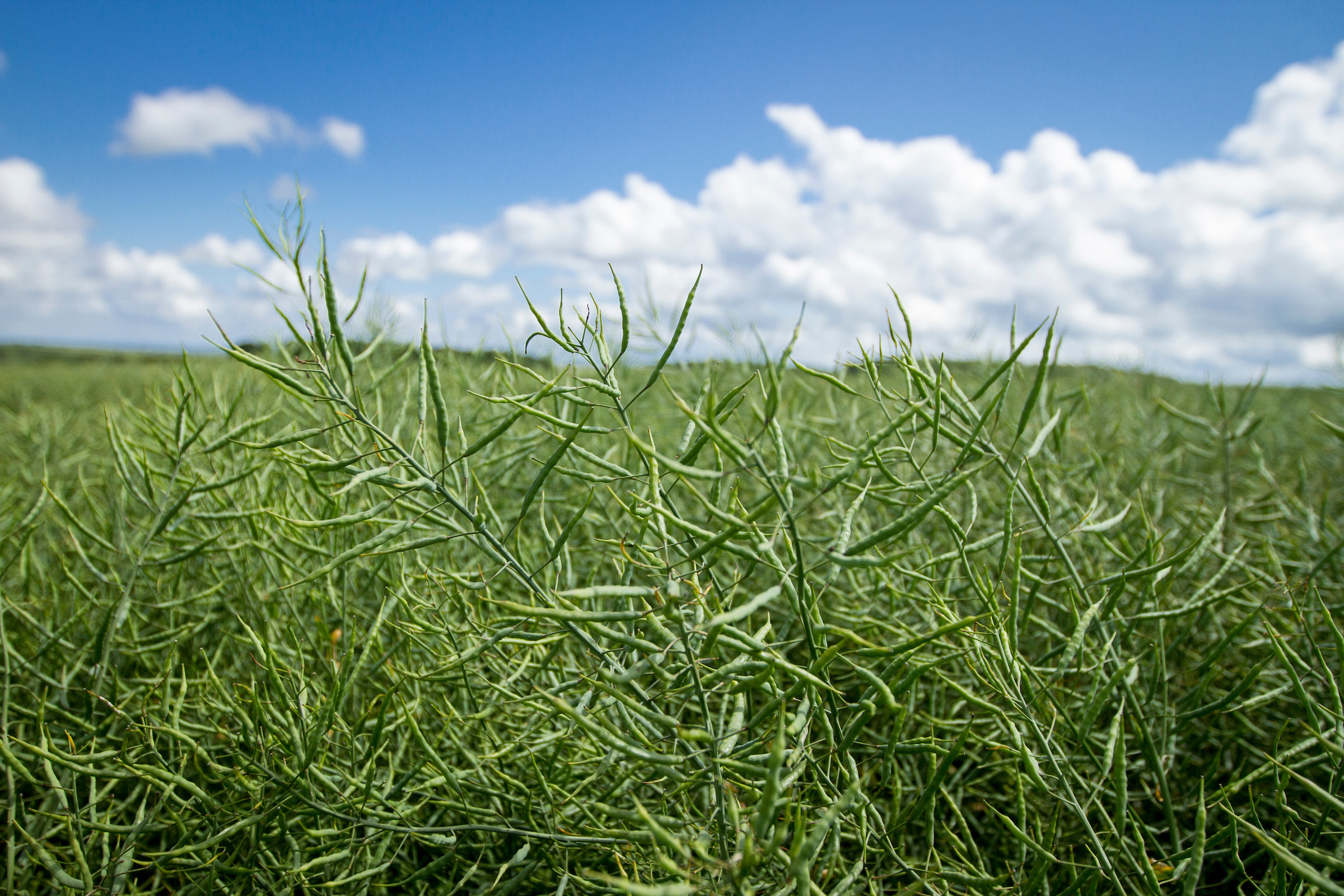 Speed of oilseed rape development in the autumn is at least as important as establishment vigour in the battle against flea beetle, stresses Bayer OSR specialist, Richard Phillips. Also important in combatting damage from the larvae as well as adults, he finds in his extensive trial work across the country, is both the earliness and speed of spring regrowth.

“Too often speed of development is confused with vigour,” he notes. “However, we know they are quite separate characters; and ones that vary widely between both hybrid and conventionally-bred varieties. So, it’s vital we don’t confuse them if we want to make the best use of the genetics we have to counter the cabbage stem flea beetle threat.

“In general, it’s fair to say that hybrids are more vigorous than conventional varieties in their autumn and spring growth, making them better able to cope with challenging conditions. While establishment vigour is the prime consideration in getting the crop from germination to two true leaves, though, speed of autumn development is what really counts in its ability to grow away from autumn challenges like flea beetles and slugs before winter.

“The earliness and speed with which the crop grows away from the winter is equally important in the extent to which it can tolerate damage from flea beetle larvae – not to mention pigeon grazing. The right plant populations, of course, have a major part to play here, as does well-managed spring fertilisation and plant growth regulation. All the agronomic factors, though, fundamentally depend upon the underlying genetics.

“As well as earliness of flowering, we have long measured two key developmental characters in our Dekalb breeding programme,” Mr Phillips explains. “Together, development before winter and spring development after winter allow us to characterise the growth habits of our varieties very effectively.”

Over the years, this approach has enabled the Dekalb team to identify clear developmental  differences between varieties; much as they are known to exist in cereals.

“Importantly too, studies with one of our breeding trials badly affected by flea beetle have shown varieties developing more rapidly before winter branch better, lose  fewer main stems to flea beetle larvae and suffer less stunting from them than those developing less rapidly (Figure). These studies also demonstrated lower main stem losses and less stunting in varieties growing away earlier or more rapidly in the spring. 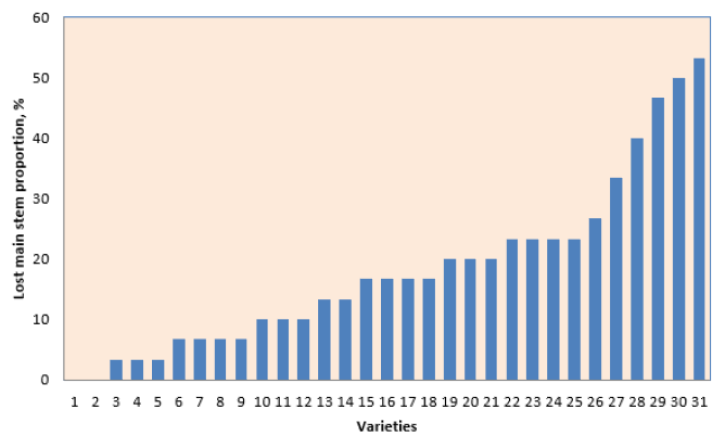 “The more rapidly-developing varieties in the autumn were as infested by larvae as the other hybrids and the pure line control but, assisted by better branching, their extra biomass appeared to enable them to cope more effectively with the damage caused.”

The particular value of rapidly-developing varieties in combatting flea beetle has further been highlighted this season in the first-ever national study of flea beetle management practices.

Alongside sowing at the right time, using vigorous, fast-developing hybrids stood out as the technique considered most successful in practice by the 220-plus growers involved. And the only other technique rated more successful than average here was using varieties that develop earlier or faster in the spring.

To enable growers to take the greatest advantage of varietal development in their efforts to manage CSFB, Dekalb varieties are clearly identified for both their autumn and spring development characteristics.

No less than 12 of the breeder’s 18-strong 2020 portfolio of mainstream double low, Clearfield, HOLL and Clubroot resistant hybrids are known to have faster-than-average autumn development, with a further four classified as ultra-rapid developers.  Four varieties are also characterised for their notably early spring re-growth (Table). 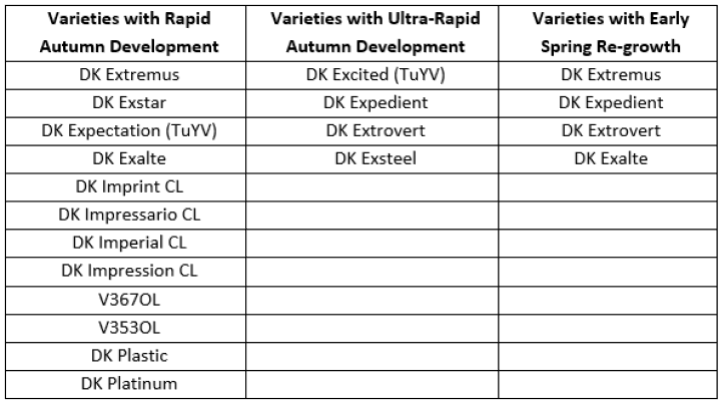 “I have no doubt that choosing a variety as much for its speed of development as for its vigour will be especially important for growers this autumn,” concludes Mr Phillips. “Not only in helping in the fight against flea beetle but in giving the greatest tolerance

to the slug and pigeon problems that are a fact of life for most.

“A rapid autumn developer is almost essential to my mind these days whenever you are sowing, while ultra-rapid development is most valuable for later-sowing or where seedbed conditions are challenging.

“Varieties that get away earlier in the spring offer particular benefits where CSFB larval levels are likely to be high, such as with earlier drilling,” he advises. “For drilling in good conditions in the first half of August, however, I’d combine this with rapid rather than ultra-rapid autumn development unless I were happy to rely more heavily on PGRs in my management, if necessary.  And, of course, I’d want varieties with strong standing power.”