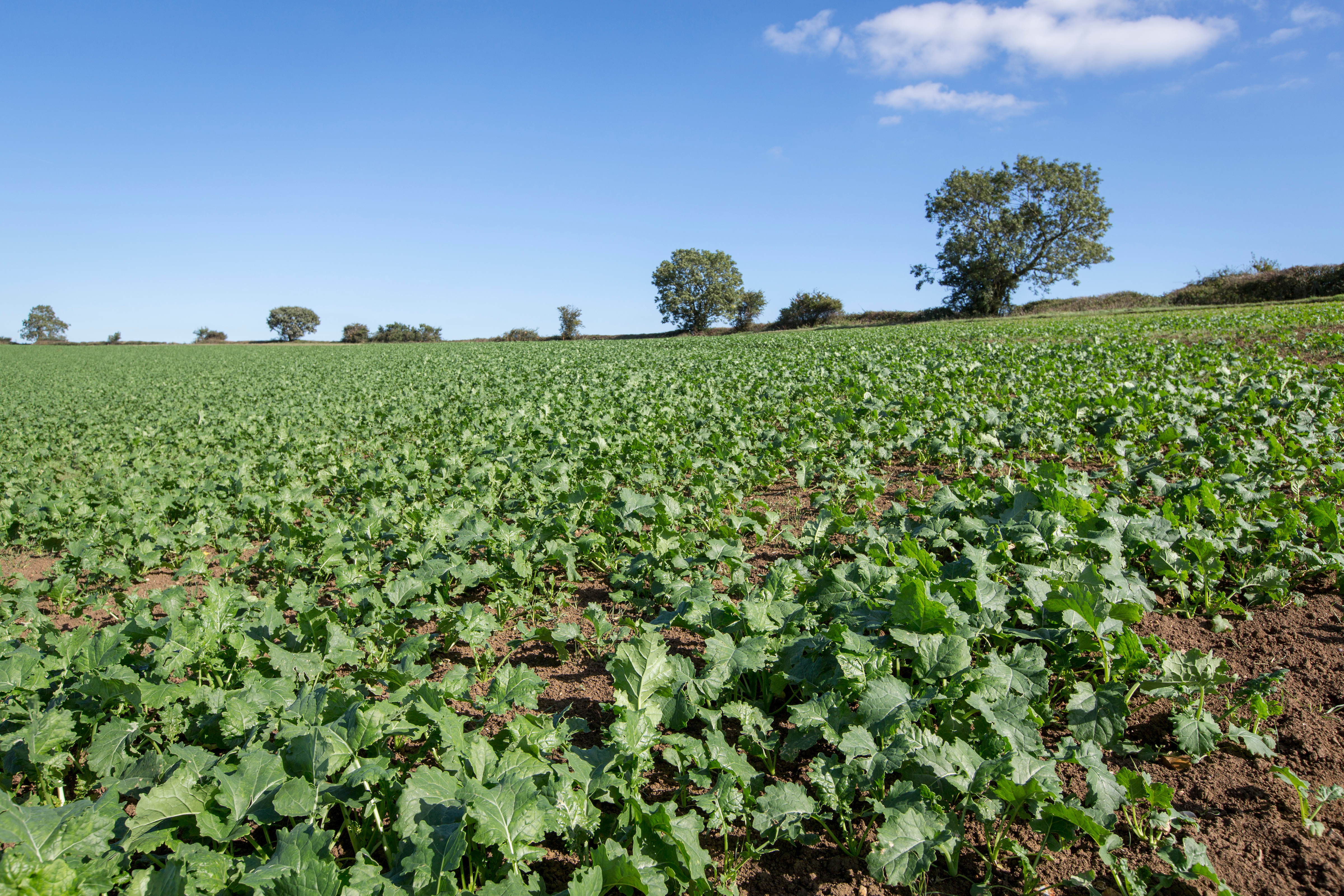 For the second year in a row, Tim Barrell is glad his family have re-introduced oilseed rape into the rotation at Elm Farm, Shipdham near Dereham in Norfolk. And this despite continuing to battle serious flea beetle pressures.

Sown after spring barley from mid-August, the 35ha of DK Expansion the Elm Farm Partnership grew last season as part of their 240ha arable business renewed their faith in the crop after several years out of OSR.

It grew away strongly despite the dryness and a flea beetle problem needing fairly intensive spraying.  A drilling rate of 2.6kg/ha gave a population of 30 well-branched plants/m2 which averaged 4.9t/ha across the weighbridge, with the best 11 ha field suffering less from beetle doing 5.2t/ha.

What’s more, the crop stood-up firmly through to harvest without any suggestion of leaning and its pod shatter resistance kept harvesting losses to the bare minimum.

“It was rather worrying drilling at less than 3kg/ha,” admits Mr Barrell. “When we last grew rape we were sowing at more than double this rate. But we stuck with our Frontier agronomist’s advice and were very pleased with the result.

“We gave-up growing the crop in 2013 because the returns simply didn’t justify the cost. But it did us really well last year, and as a break crop ahead of wheat there’s nothing to match it.

“We had been doing reasonably with beans, but last summer’s seed weevil nightmare cost us far too much in contractor spraying. So, this season we’ve upped the OSR to 44 ha and rented some ground to a dairy farming neighbour for maize-growing to provide our cereal breaks.”

A late spring barley harvest and the desire to spread and incorporate pig manure meant this season’s DK Expansion wasn’t sown until the first week of September.

Drilled a little deeper than normal to find sufficient moisture, the crop only came through  strongly towards the end of the month, causing Mr Barrell more than a little anxiety as he fought- off continued flea beetle attack. However, the late-September rain provided the extra boost needed to produce a well-established stand by the beginning of November – unlike so much OSR in the area.

Surviving the wet winter well, the Elm Farm rape came into spring in good shape and grew away from a few, generally small flea beetle larvae nicely, although continued wetness meant it didn’t get its first split of nitrogen until early March. Flowering in good shape from mid-April, it has produced another very promising crop for which Mr Barrell again has high hopes.

“We’ve stuck firmly with DK Expansion for its robustness and ability to cope with challenges like flea beetle,” Mr Barrell points out.  “Because we drilled it on the deep side, the crop took longer-than-usual to emerge, which may have helped it cope with flea beetle better.

“We still had to hold the adults back with more spraying than we’d like, but they had much less feeding and egg-laying time than would otherwise have been the case. And the rain at the end of September was really welcome.”

Even though it meant more openly cultivated ground than many would consider ideal to manage flea beetle, getting a decent amount of pig muck on ahead of drilling was, almost certainly, also valuable; not least in maintaining soil structure and winter drainage.

Valuable too in helping to get the crop away was the small amount of DAP Mr Barrell applied a week after the crop had established. The fact that he didn’t destroy volunteers from his previous rape crops until the end of September may, further, have been useful in trapping a good number of beetles.

“This year’s rape came into flowering with a less even canopy than last season,” he notes. “Even so we’re especially pleased with it given the large number of late August and early-September sown crops around us that have had to be ripped out.

“Flea beetle continues to be a worry. But by using the strongest variety we can, only growing it one year in every four or five and giving it the best possible start we hope to be able to continue doing well from oilseed rape as our main cereal break.

“Of course, fewer crops in the area should mean lower flea beetle pressures locally going forward. And less OSR nationally shouldn’t do any harm to prices either.”