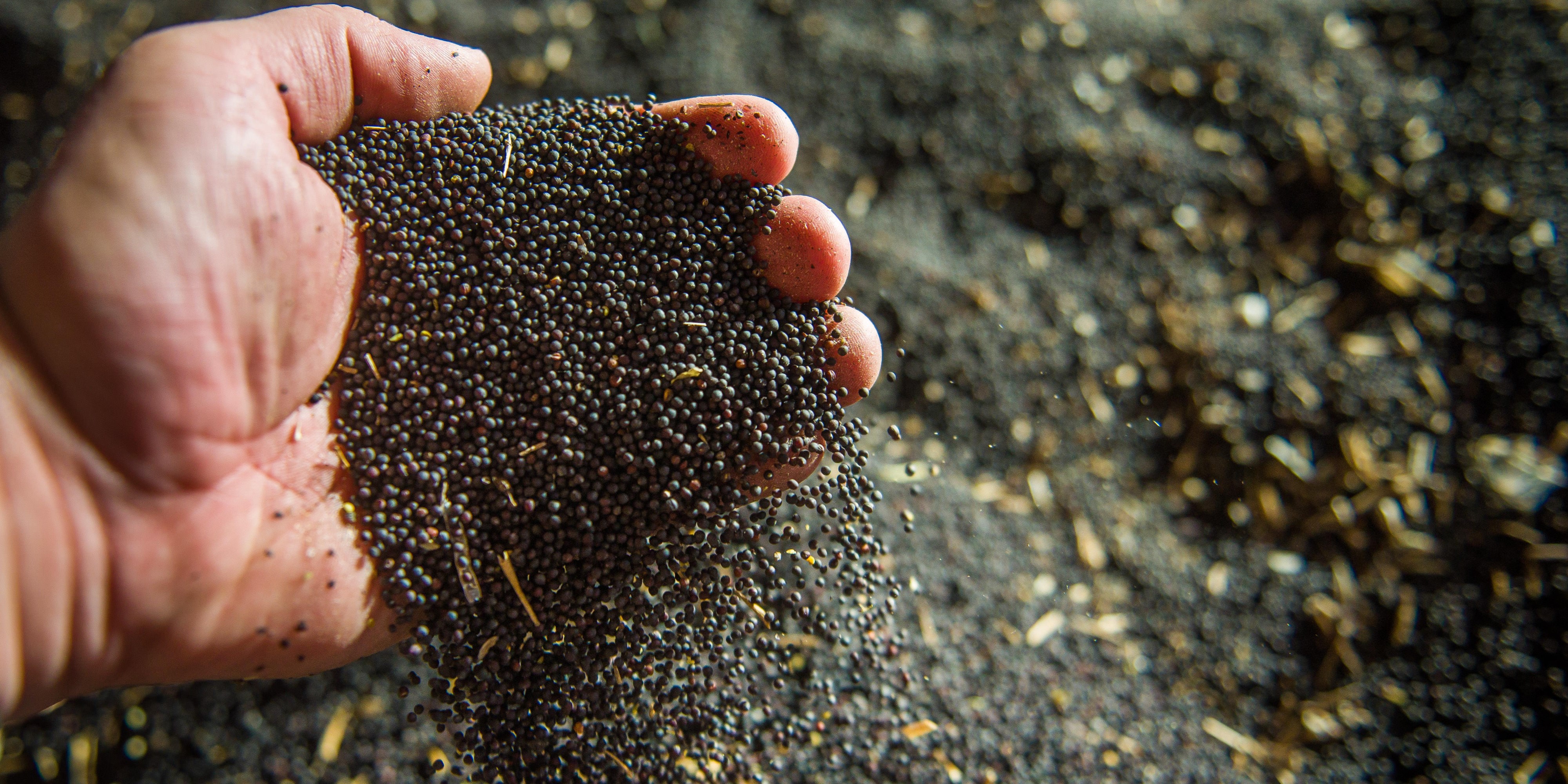 As the fastest autumn and earliest spring developer ever to emerge from the DEKALB breeding programme, DK Expedient stands out for its value in countering cabbage stem flea beetle pressures. And not just at establishment either, according to the latest research.

Agrii trials with more than 40 varieties at four sites significantly affected by the pest this past season have shown it to be noticeably less affected by flea beetle larvae than almost any other variety. This confirms recent DEKALB breeding site studies highlighting the variety as suffering the least stunting of any under severe larval pressure.

Alongside other elements of agronomy ensuring the most rapid and reliable crop establishment and early development, these results underline the particular value of DK Expedient wherever flea beetles are of concern.

“We have long appreciated the importance of the rapid autumn development we have bred into our varieties in helping OSR grow away from early setbacks – including later sowing, difficult seedbed conditions, and slug as well as adult flea beetle attack,” said DEKALB specialist, Tom Chillcott. “The value of early and rapid spring regrowth in ensuring the best recovery from harsh winters and pigeon grazing has also been clear for all to see over many years.

“With the rise in flea beetle problems, though, it’s become obvious that the superior compensation abilities of our fastest-growing and earliest-developing hybrids is equally valuable in countering the worst effects of this pest. The association between the level of larval damage and speed and earliness of spring development in both our work and Agrii’s is simply too close to ignore.

It isn’t surprising then that the variety has shown a clear two-year performance edge over most of the other 20 hybrids and pure-lines in Agrii’s 13 site national and regional variety trials across the country.

“It’s up there at the top of our hybrid performance rankings over the past two years, just shy of  current leader, DK Exsteel and ahead of established grower favourite, DK Exalte,,” explained Agrii seed technical manager, David Leaper. “As well as being earlier to regrow in the spring, it’s even faster to take-off in the autumn than DK Exalte, giving the greatest possible drilling flexibility for the least establishment risk.

“In the past we’d have been a little wary of suggesting drilling such a fast developer earlier than around the third week in August. “But with the acute challenge that flea beetle poses, we’re tending to favour fast-developing varieties almost regardless of drilling date these days.

“Varieties like DK Expedient and DK Exalte definitely give the crop the best chance of growing away from attack. They may put on rather a lot of autumn growth if establishment conditions prove less challenging, but we can always give them a timely check as well as a useful rooting boost with an early PGR. The important thing is we have a good crop – and one that we know has the best chance of suffering the least larval damage.  Every little really does help when it comes to reducing OSR risk.”