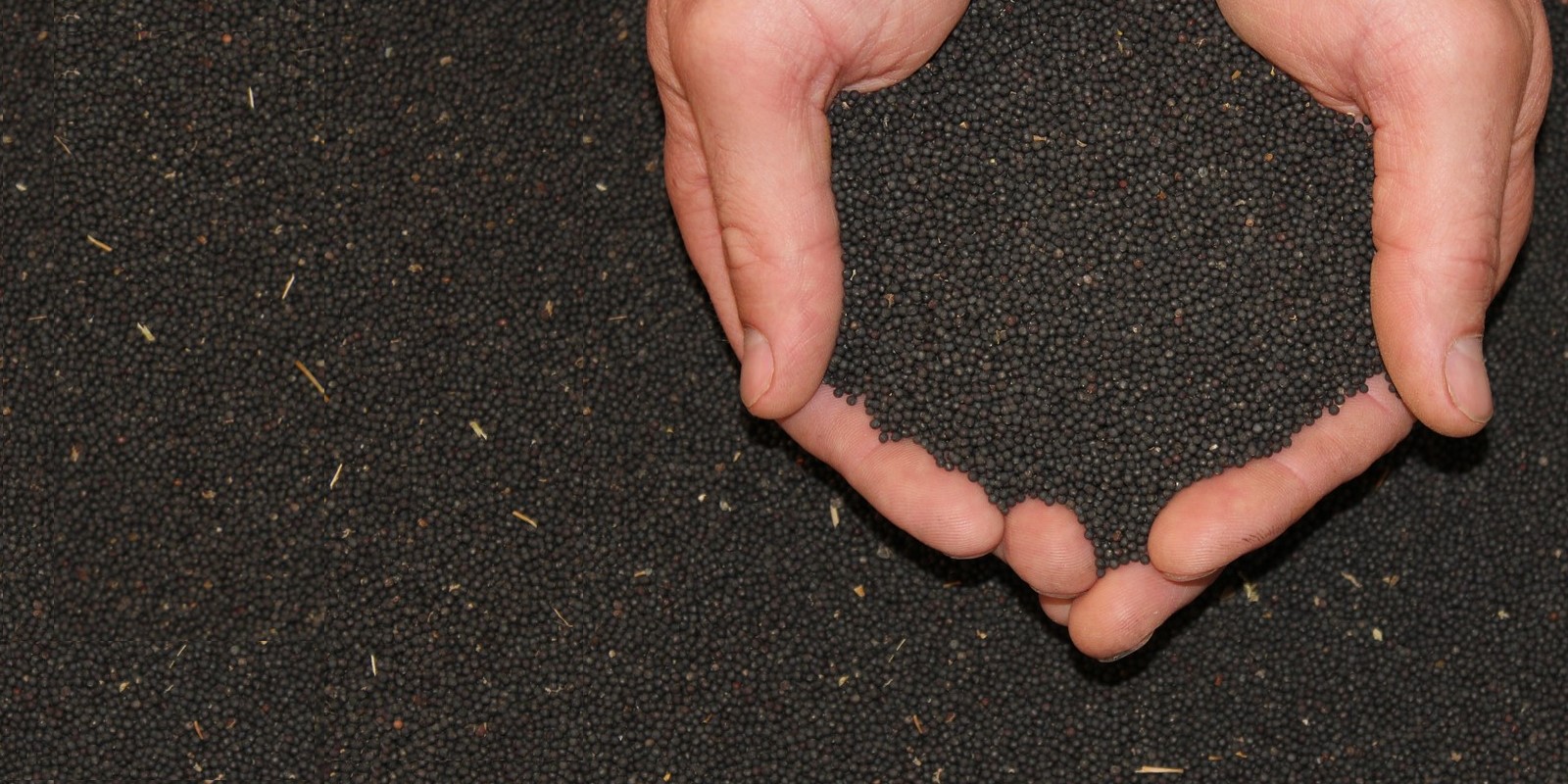 Unexpectedly high levels of erucic acid in commercial oilseed rape (OSR) crops from recent harvests has led to rejections or price penalties being imposed on loads arriving at grain stores or processors.

The European legal limit for erucic acid content in rapeseed oil is 5% but legislation to reduce this to 2% was approved by the European Commission Standing Committee on Plants, Animals, Food and Feed (SCoPAFF) on February 8, 2019. No timescale for implementation has yet been announced.

Elevated levels of erucic acid in double-low oilseed rape crops are most likely to be the result of crop contamination by high-erucic acid volunteer crops, according to AHDB.

When seeking to control oilseed rape volunteers and grass-weeds in stubble, either none or only the lightest of cultivations is required, says Roundup technical specialist Barrie Hunt. “When managing oilseed rape volunteers, seed is best left on or very near the surface. If anything, cultivation should be incredibly shallow. If you bury the seeds they go down in the soil profile but they do not instantly disappear – they will come up in future years.

“If seed is left on or very near the surface it will germinate like mustard and cress. Also, with many grass seeds it does not matter whether they are left on or close to the soil surface, says Mr Hunt.

After harvesting, he suggests leaving the field to ‘green up’ or very shallow cultivation. “An inch is too deep,” he says. Once the field has greened up, it should be sprayed off with Roundup then left for a couple of days before a light cultivation, says Mr Hunt. “This will finish off any survivors which will be weak. Next press or roll. This gives good seed to soil contact and sufficient moisture retention, allowing everything to flush up.”

This second flush, likely to be around late August/early September is best sprayed with glyphosate when grass-weeds are at the 2-3 leaf stage, advises Mr Hunt. “If you go too early it is not that you will not kill it, but other weeds will be emerging that you will miss. If you leave it later than 2-3 leaves, once the weeds begin to tiller they will be more difficult to control, particularly ryegrass, and you will have to think about upping the dose rate.”

Drilling can begin the following day, he says. “A lot of people think you have to wait until it has gone brown; you do not.” As well as controlling volunteers, using cultivation appropriately is an important aspect of grass-weed herbicide resistance management, says Mr Hunt.

Echoing Mr Hunt’s advice, controlling OSR volunteers in the following crop starts with having a good stale seedbed to encourage them to chit after harvest, says Ben Burrows, independent agronomist with Crop Management Partners, who advises growers across Hampshire, Berkshire and Oxfordshire.

“Light cultivation, followed by rolling enables seed to soil contact, hopefully encouraging the volunteers to chit before glyphosate is applied,” he says. When selecting a pre-em herbicide product, Mr Burrows says he likes to ensure it contains DFF and/or pendimethalin, which both have activity on volunteer OSR.

After pre-em application, the management of regular and Clearfield volunteers diverges, explains Mr Burrows. “With regular volunteers, if there are a lot coming through and you need to control them in autumn you can use florasulam. If they are Clearfield volunteers, options are very limited. The only option is Cyclops (bromoxynil + diflufenican).”

By spring, regular volunteers should not be a problem or relatively easily controlled with a number of spring herbicides, says Mr Burrows. “With Clearfield volunteers they have SU tolerance built in so you need a non-SU herbicide such as CMPP or MCPA. Watch out for growth stage cut offs for different products as they can vary quite a bit.”

It can be easy to forget that volunteers are Clearfield and then wonder why an SU herbicide has not killed them, warns Mr Burrows.

A key aspect of controlling OSR volunteers is to minimise seed returned to soil in the run up to and including harvest. With OSR having a small seed compared with wheat, for example, the potential is there to lose many seeds, explains Dekalb technical specialist Will Vaughan France.

Oilseed rape is persistent and previously buried seed can germinate up to 15 years later, says Mr Vaughan France. “Even if there are only five plants/m2 of volunteers, that might be 10% of the plant population - so if you have some characteristic that is undesirable, it can rapidly affect the final crop quality.

“For the most part, volunteers are double low varieties; where it matters is if they are high erucic OSR where there is the potential for contamination in a conventional crop. It is important to keep the ground clean and manage the plant population from what is drilled into the soil, not from volunteers.”

Dekalb OSR varieties offer pod shatter resistance, bred into them from radish, which helps reduce seed loss and with it, potential volunteers, says Mr Vaughan France. “Pod shattering can occur in the run up to harvest and in the combine header. Genetic resistance to shattering means tougher pods which are less likely to shatter.”

A catchy harvest can mean some pods become over-ripe and pod shatter resistance helps protect them from shelling out, adds Mr Vaughan France. “Losses can be up to 0.1t/ha – that is 2,000 seeds/m2, so quite a lot.”

Good harvesting practice is important in reducing volunteers, he explains. “Desiccation should be timed so that the crop is cut when it is ready and feeds evenly into the combine, not in lumps.

“Maintaining a standing crop which is upright and easier to harvest also reduces losses during harvesting.”

“For Dekalb varieties we recommend 25-35 plants/sq.m as an appropriate plant population for the best yield potential and canopy structure. If the canopy is too large, it will be inefficient in terms of capturing light.”

While N rate will vary, the key is to avoid ending up with an over-sized canopy and a Green Area Index of 3.5 at the start of flowering, adds Mr Vaughan France.

In situations where OSR has been grown for many years, volunteers could include some ‘very old genetics’, he says. Using Clearfield varieties can be used to control non-Clearfield volunteers.

He says: “You have the opportunity to press the reset button and take out old problems in the seed bank, but you cannot keep doing it as it does not control Clearfield volunteers.”