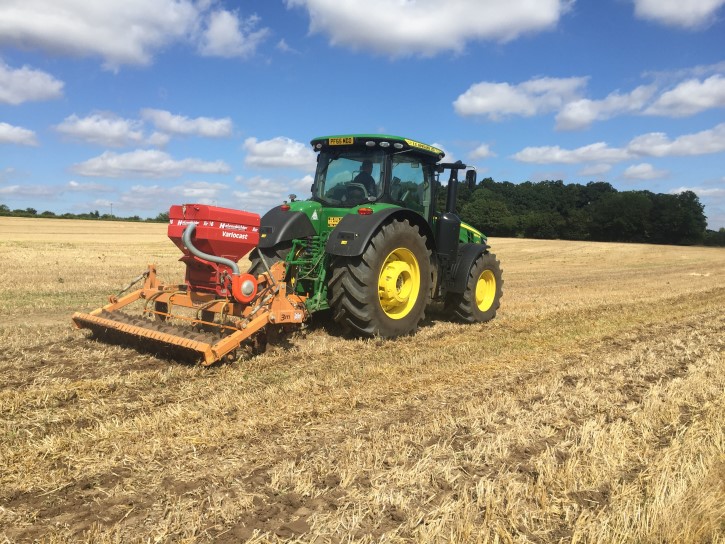 Benchmarking their production systems against one another and other OSR growers across the country through the ADAS Oilseeds YEN competition is helping two forward-looking producers in the Scottish Borders fine-tune their improvement efforts.

David Fuller-Shapcott of Sweethope Farm just outside Kelso and McGregor Farms’ arable manager, David Fuller at nearby Coldstream Mains grow very different amounts of OSR in very different regimes under surprisingly different conditions. But both have brought in farm averages of 5.5 t/ha in the past and had 2018 YEN crops well within the top third of the 60 field entries for percentage of estimated yield potential.

Discussing this performance and their systems at a special Dekalb round table this spring, the growers agreed they have room for improvement within their regimes but stress that this doesn’t come easy with OSR.  This makes the better understanding of the key factors affecting crop performance that is the aim of the YEN so valuable to them.

“Achieving the highest possible percentage of each crop’s potential yield is what really matters,” stressed round table co-ordinator, Will Vaughan-France.  “Over the two years the ADAS competition has been running, success here has been associated with a number of factors. Foremost among these are healthy soils; high seed numbers and weights; high levels of soil and seed magnesium; and longer periods between flowering and desiccation.

The Davids’ 2018 YEN results with our robust hybrids, DK Exalte and DK Exclaim clearly underline these key elements. Soil testing suggests the biological activity of their crops’ ground and its magnesium levels were higher than most entrants. Their crops also had noticeably higher seed magnesium contents than most. And both were considerably later desiccating than most.

Alongside the most vigorous and robust varieties, both growers see attention to detail in establishment and nutrition as the most crucial ingredients for OSR success.

“The crop needs to be set up correctly from Day One,” stressed David Fuller. “We have to get around 650 ha in the ground in the second half of August. So single pass establishment is essential for us.