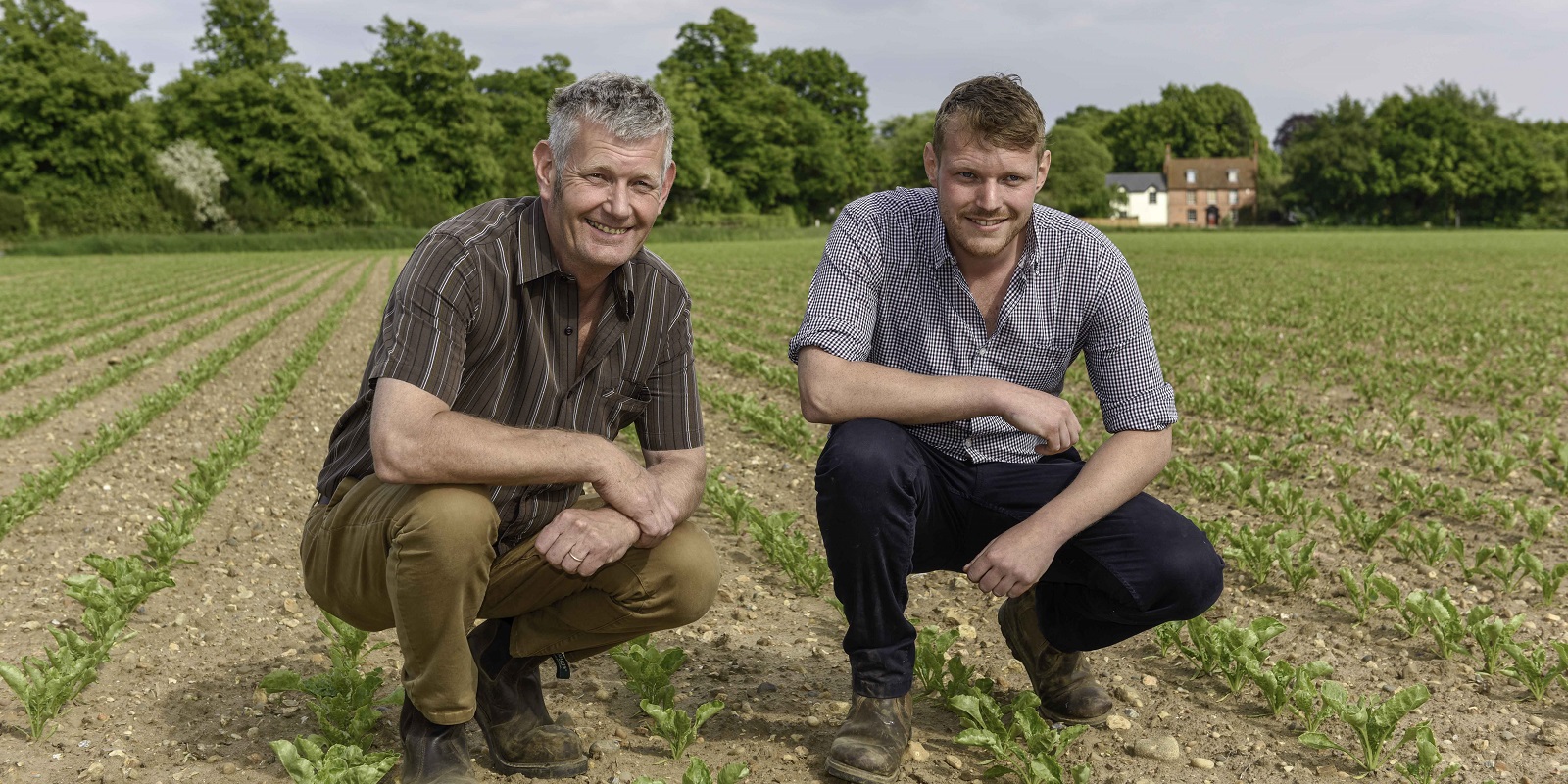 After an excellent season in 2017-18, Essex grower David Halsall and his son George are hoping to maintain a steady improvement in performance that sees one of them flying to Chile.

As participants in Bayer’s #Beet150 sugar beet initiative they have expressed a desire to become better beet growers by regularly producing crops that perform close to their potential.

Last season, two high-performing fields gave them the confidence to believe what they were doing was worthwhile. Across 35 hectares, the single best performance came from a January-lifted field that yielded 108t/ha. This was the first time the farm recorded a yield in excess of 100t/ha and was just reward for the early morning outings with the sprayer that ensured the crop was not stressed when herbicides or fungicides were applied.

It was a field lifted in the early stages of the season however, that suggested they were in for a good year. Receiving only a single application of Escolta (cyproconazole + trifloxystrobin), an October lifted field yielded 99t/ha. The remaining crop would go on to add nearly a tonne in yield every 10 days until lifting completed at the end of January. The higher yield of the later-lifted crops was undoubtably helped along the way by the application of a second fungicide.

“We have achieved top quartile performance in the past and I’m keen to do so again,” explains David Halsall. “Sugar beet is a crop I enjoy growing because it rewards the decisions we make as managers. Its performance in trials indicates we are a long way from exploiting its potential so while there is still much to learn, there is also much to be gained,” he adds.

In the late 1990s British Sugar used to inform each grower how their crop had performed against the top and bottom 10% of growers nationally. For two seasons at the end of decade, E Halsall & Sons recorded an average yield that placed it in the top 5% and 13% of the industry respectively. Such achievements are addictive, says David.

Farming in the Dedham Vale area of outstanding natural beauty to the north of Colchester, the farm’s sandy loam soils are fertile, but the low annual rainfall can serve to cap potential. Ensuring soil moisture is preserved at drilling to support establishment is one of the Halsall’s early season priorities.

According to independent expert Mike May, minimising crop stress in the weeks after drilling is one of the biggest management responsibilities for any grower wanting to achieve crop potential.

For David and George Halsall, drilling commenced on 23 March though the inclement weather that followed meant it wasn’t finished for another month.

“We’re now in a race to bring the crop forward as fast as possible. It may not meet across the rows by the longest day (21 June), but it won’t be far behind. In the meantime, the focus is on keeping weeds at bay without checking crop growth,” says David.

“When possible avoid herbicide applications at times of large fluctuations in night and daytime temperatures, typically 15C or more, as this will increase the risk of damage,” says Mr May.

“During periods of warmer weather, such as that experienced in May 2018, be prepared to split herbicide applications over several days to minimise the risk of scorch and allow the crop time to recover,” he adds.

Watch our video of Paul Drinkwater and Edward Hagues discussing the herbicide trial and the lessons it provided.