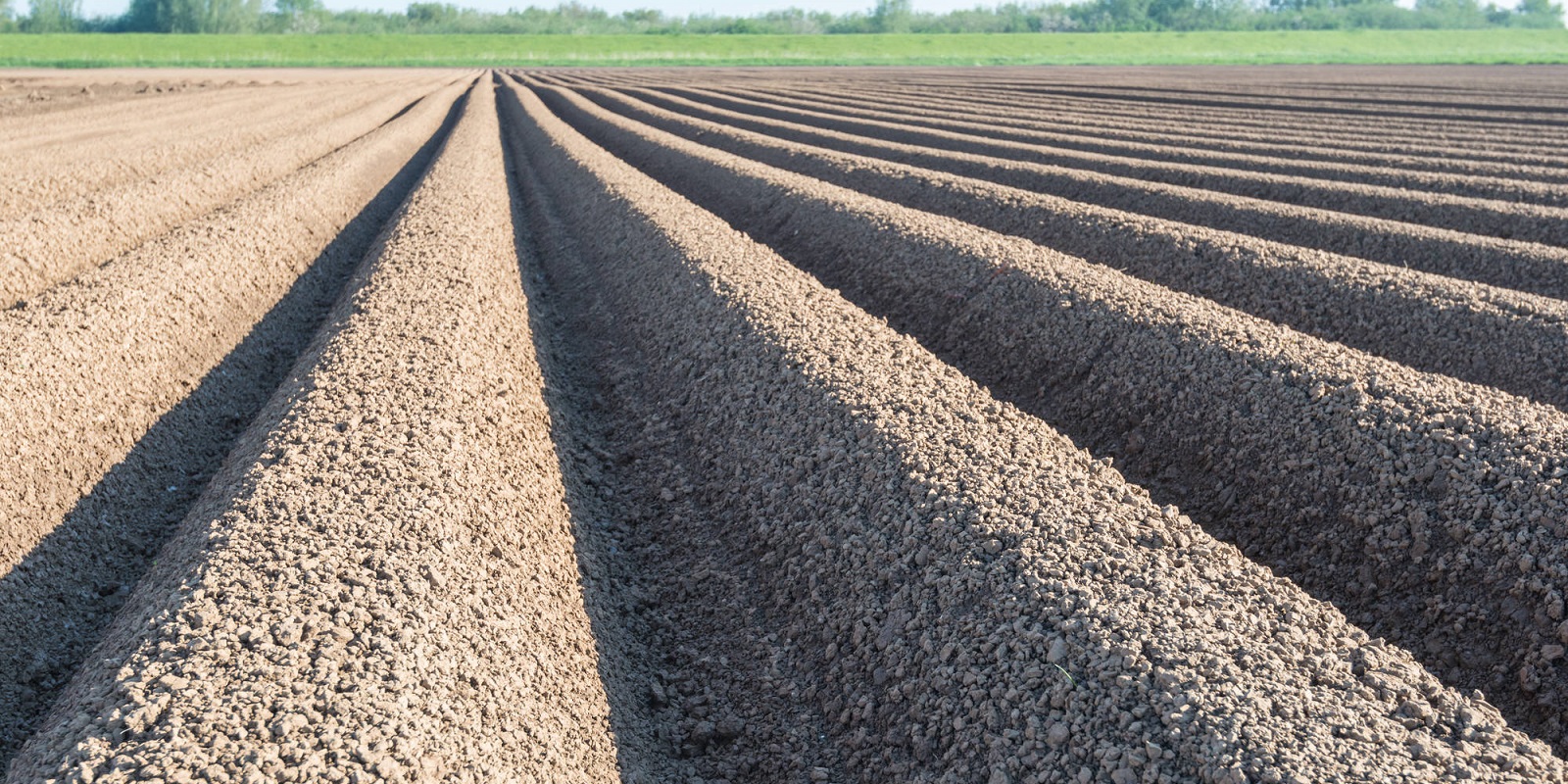 Use a variety with a higher resistance rating and higher tolerance to limit yield loss. Extend potato rotation further. Consider use of nematicides, biofumigants and trap crops to reduce the population at planting to preserve yield.

Do not grow potatoes or consider the use of soil fumigants to reduce PCN levels.

So your Potato Cyst Nematode (PCN) tests have come back negative. Good news…or is it? That largely depends on how the land was sampled and how the samples were analysed. Scottish Agronomy’s Eric Anderson warns that approaches vary enormously so results can be very misleading. 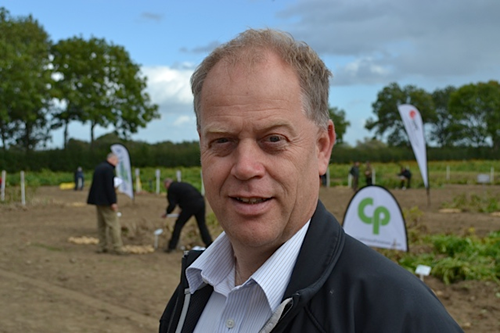 The world of seed potato growing is relatively black and white with a statutory process that provides a prescriptive method for PCN sampling and the EU PCN Directive, which must be followed. But for ware growers there is no such statutory industry standard. As a result sampling and testing practices have developed more in the interests of economy and speed than accuracy. There is huge variation in the reliability of results.

This issue is most serious for ware growers where the PCN status of land is unknown or PCN has not been detected in samples due to the sampling methodology not being sufficiently rigorous. This is because the likelihood of detection depends on the amount of soil tested and the number of cysts in the land, so if you have a low PCN population and only have a small sample analysed the likelihood of detection is slender.

The limit of detection of PCN (i.e. the smallest population that can be detected by sampling and analysis) is 5 million cysts per hectare. The table below shows the likelihood of detection in relation to the volume sampled and the amount of soil processed in the laboratory.

** Seed sampling rate can be reduced to 400ml/ha where:

Two points to take from this table are;

1) you cannot rely on processing a sub-sample of 200g

The flow diagram below produced by SASA’s Dr Kim Davie summarises current best sampling practice. It recommends ware growers who are sampling for detection to adopt the seed growers sampling protocol as per the PCN Directive to protect their land’s PCN-free status. 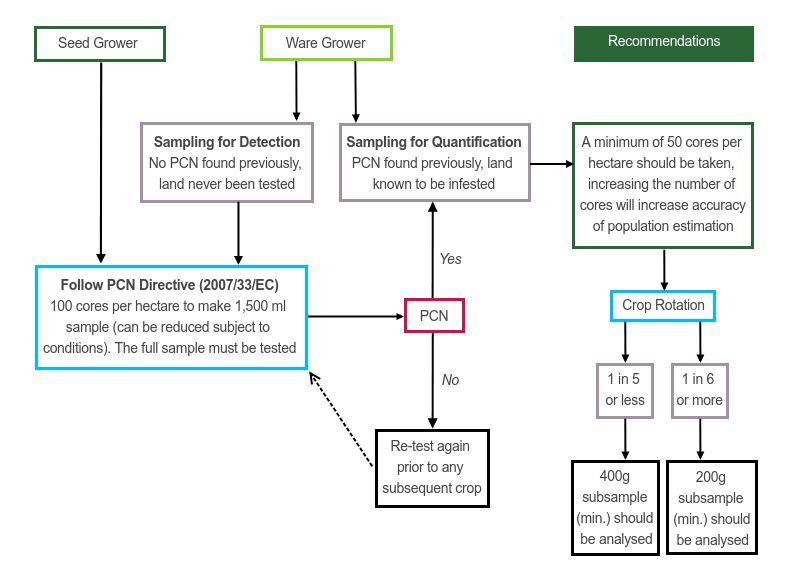 Where PCN has been found previously ware growers are recommended to follow the decision tree on the right hand side of the diagram and determine their subsample size according to crop rotation. If you have a low population present, you need to be confident it is a low population, and not a higher one underestimated by inaccurate sampling and/or testing, so you can manage it accordingly.

PCN results are provided in terms of cysts per hectare and eggs per gram of soil. PCN management actions are based on eggs/g soil as this takes account of the number of viable eggs per cyst and the soil’s bulk density. The table below shows confidence limits for population estimation depending on the size of sample tested where the population is known to be 10 eggs/g soil, as is typical in many eastern counties fields with an established PCN problem.

Red = Range between upper and lower confidence limits is greater than 1.5 times the mean of 10 eggs / g soil

Amber = Range between upper and lower confidence limits is less than 1.5 times the mean of 10 eggs / g soil

Essentially the statistics above and their traffic light colourings indicate levels of confidence in results and highlight the importance of processing a sample of at least 400 grams. Halving the sample reduces accuracy and confidence in the result. Reducing the subsample to just 100 grams further reduces confidence in the result, can be totally misleading and miss PCN presence altogether.

Spatial distribution of PCN across any field is not uniform, neither is it random. Following an initial infestation at one or more points (focus/foci) in the field, the infestation spreads in a patchy manner, giving rise to secondary foci, which spread similarly. These foci may appear to be isolated, but by the time the infestation is readily detectable the whole field is likely to be infested, although it may still be below the limit of detection in some parts.

Vertical distribution of PCN within the soil profile can vary considerably, depending on the time elapsed since the last potato harvest and subsequent cultivations. However, if detection is the prime objective, the depth to which samples are taken within the top 20cm of field soils will have little or no effect on the result.

The greater the aggregation of eggs in cysts – as in a recently infected field – the fewer there will be in a given volume of soil so the greater the size of sub-sample required. With newly formed cysts typically containing 200 eggs or more, a cyst can be missed completely in a small sample as the confidence limits table above shows. The longer the land has been out of potatoes, the fewer eggs each cyst will contain due to annual decline, therefore a longer rotation prior to testing can allow a smaller sub-sampling level.

As a result of the new Directive’s increased sampling rates, the area of land recorded as infested with PCN in Scotland has grown considerably since 2010. This is mostly due to an increase in the likelihood of detection from increased sampling rates, but there has also been a deterioration in the health status of the land. The area recorded as infested with the pale cyst nematode (Globodera pallida) has doubled over the last six years.

When it comes to PCN management, a ‘PCN not detected’ result should not be taken to mean any more than that and a management plan to prevent PCN escalation should be put in place. Populations at the limit of detection – 5 million cysts/ha – have probably taken five or more crop rotations from the original introduction to get there. All fields on farms with any PCN infected land should therefore be considered likely to be infested and in need of a PCN management plan.

With the general increase in Globodera pallida PCN populations a concerted effort to reduce populations is critical wherever PCN is detected or likely to be present. Thresholds are now redundant for the purpose of managing PCN populations and should only be used to support decisions for managing crop yield as summarised below.

The bottom line is that taking shortcuts with PCN sampling is a very risky business. Apply the sampling strategy recommended by Dr Kim Davie and you’ll go a long way to stacking the cards in your favour.

For the latest advice and news for your potato crop