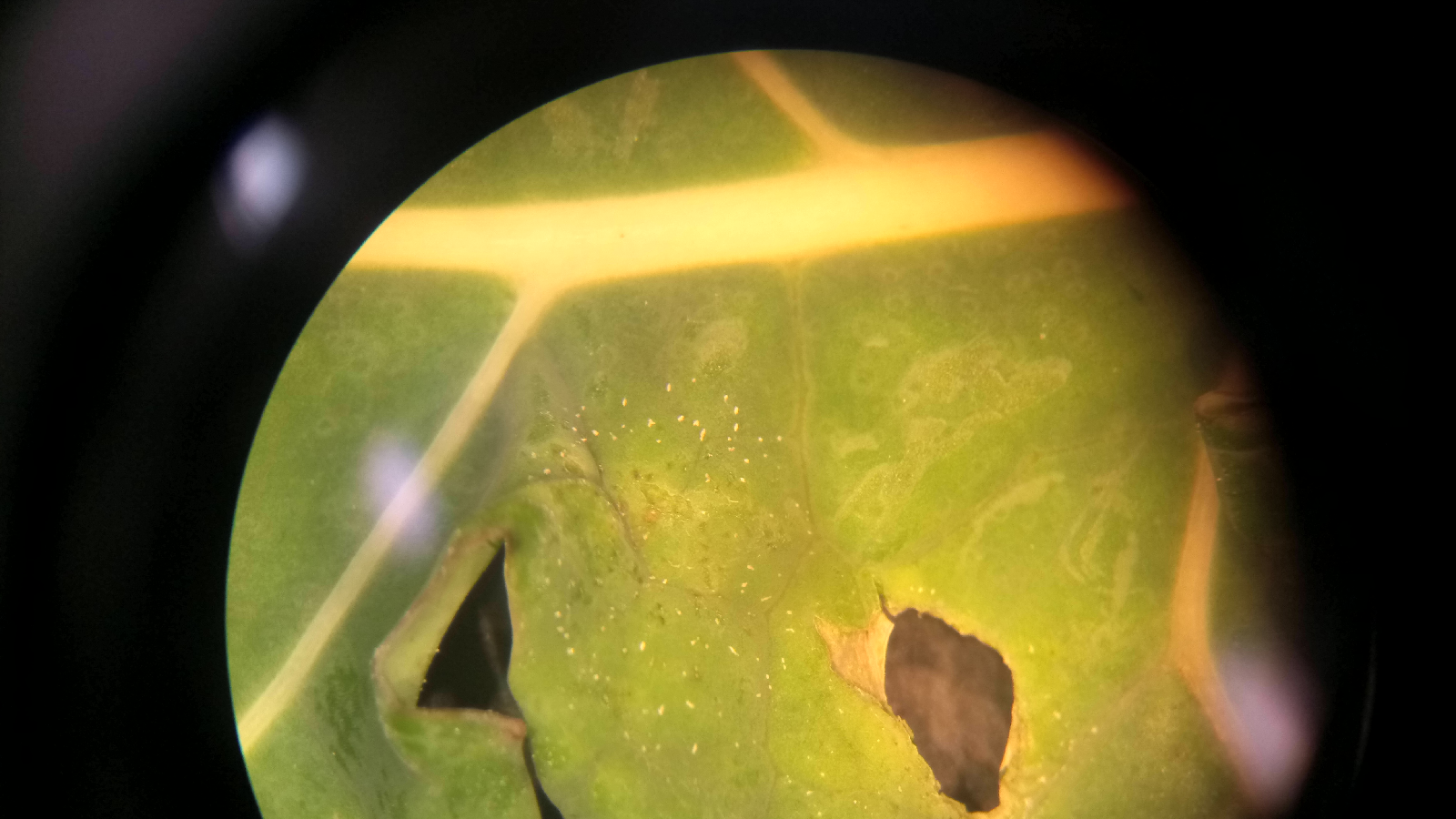 Widespread Phoma infections in the first samples assessed in the Bayer SpotCheck initiative are not a surprise, but the finding of light leaf spot in some samples this early is. 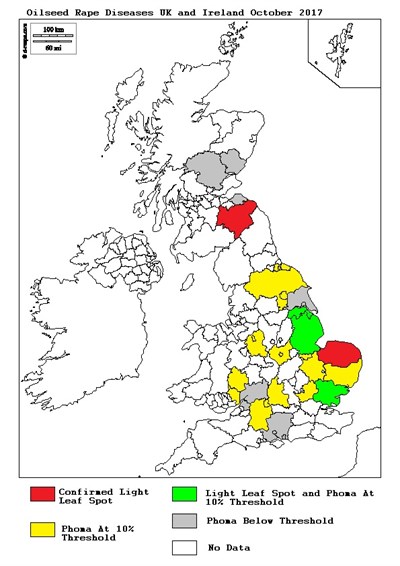 ADAS is sampling oilseed rape leaves supplied by farmers and agronomists for signs of light leaf spot and other diseases. Although the initiative is only in its first month it has already revealed light leaf spot present in commercial crops, and some trial sites. But it is where light leaf spot has been found that is most interesting.

It’s no surprise to find light leaf spot at Bayer’s Coldstream site in the Scottish borders but it is more surprising to find it in perhaps Clacton, Essex and Thetford Norfolk. So far positive commercial results have all come from leaves supplied by farmers from East Anglia and south Lincolnshire.

ADAS plant pathologist Julie Smith is surprised to see the disease so early. Positive results were obtained from the first batch of samples ADAS received. “It confirms what we have suspected. That LLS can be present in the crop much earlier than symptoms express themselves in the field,” she notes.

Julie points to Weather Innovations research that revealed that ascospores are circulating as early as the beginning of August. What researchers don’t fully understand is the relationship between this initial infection phase and when symptoms appear. “There is more comprehensive data to describe the latent period of conidial initiated infections via rainsplash but infection from ascospores and subsequent expression of symptoms in the field is less well understood. This makes it difficult to optimise the timing of the first fungicide application,” she says.

Bayer’s Darren Adkins believes seeing LLS this early could be as a result of early drilling. “The first positive samples have all come from areas where cabbage stem flea beetle (CSFB) is a concern. With good conditions during late July and early August many farmers took the opportunity to get crops drilled. These crops have been exposed from an early stage.

“What is also of note is that positive samples have been recorded from Barbados, Elgar and DK Exalte – all varieties that have better resilience against the disease.”

Less surprisingly, leaf sampling has shown Phoma to be the most common disease and has been recoded from farms as far apart as Lothian and Herefordshire. “The Phoma threat is where we would expect it to be given the weather in and since August and thresholds are likely to be reached soon, if they haven’t already.

“A Phoma application is also a chance to safeguard against light leaf spot, especially where crops have been in the ground for some time. The early discovery of light leaf spot at some sites reinforces the need to provide protection against both diseases, particularly as light leaf spot is so difficult to detect early, and for this there is nothing better than Proline275 (prothioconazole),” he says.

AICC chairman Sean Sparling says the initiative is already proving its worth. He has taken samples from a number of farms in his area and healthy looking leaves have proved positive for the disease. “LLS’s latent phase can easily distort what is actually happening inside the plant. All the samples I sent had no visible LLS symptoms but I suspected the disease could be present in some areas. To see one sample showing infection levels of 10% is very interesting.

“It shows how useful this initiative is. It means I now know of the presence of latent LLS and can tailor fungicide choice and dose to reflect the disease risk that OSR crops are facing,” he notes.