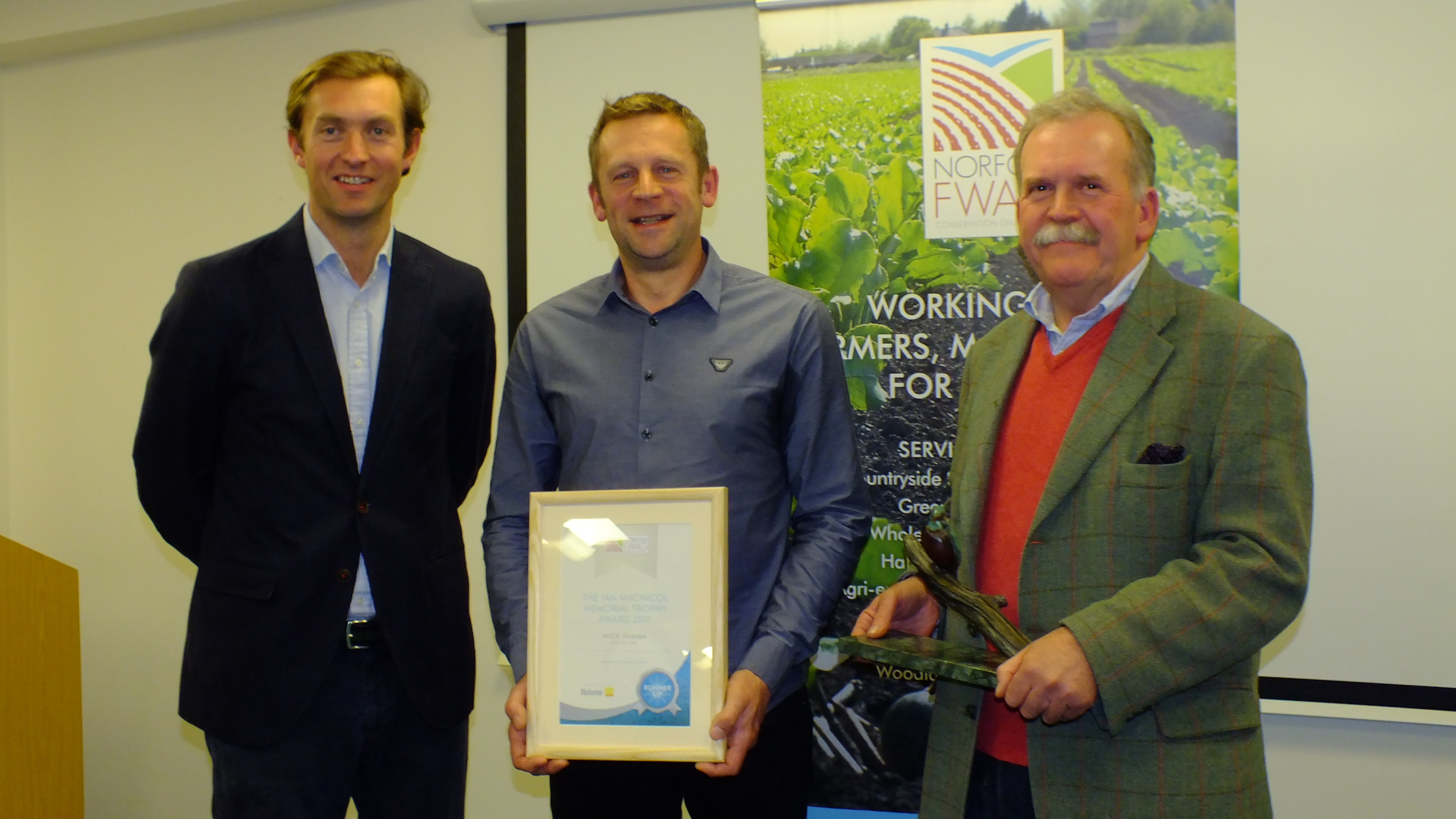 Michael Rae of Roydon Hall Farms, was celebrating last night after being awarded the Norfolk Farming and Wildlife Conservation Award.

Michael was presented with the Ian MacNicol Memorial Trophy at the annual Norfolk FWAG members’ evening on November 8th. This coveted award celebrates the very best of conservation farming in Norfolk and is organised by Norfolk Farming and Wildlife Advisory Group. The trophy is awarded to the farmer whom the judges consider has made an outstanding contribution to nature within their farm business.

The evening was jointly sponsored this year by Birketts and Savills. The generous support of these two major players in the industry enables the FWAG Charity to award the winner and runner-up with high quality framed certificates and to provide refreshments for the 50 attendees.

Central to the presentation evening was a video which was shot during the judging process. This high quality production by Brian Morris Productions was sponsored this year by Bayer CropScience.

Attendees enjoyed an update on the work Norfolk FWAG have been involved in over the year, and a look to the future of Nature Conservation on Farmland with an update of innovations from the Game and Wildlife Conservation Trust’s Allerton Project. The evening, which was held at the offices of the AF group, then concluded with a feast of locally produced food.

Heidi Smith, who heads up Norfolk FWAG said “this was one of the strongest years I have ever seen in terms of the applicants. Each of the three finalists showed outstanding commitments to conservation farming, and the judges found the decision very difficult”.

The winner of the Ian MacNicol Memorial Trophy Award 2017 is

The judges were particularly impressed by the consideration given to farm operations to minimise their impact on adjoining sensitive habitats. The farm has been delivering habitat for farm wildlife through the Stewardship schemes for over 17 years.