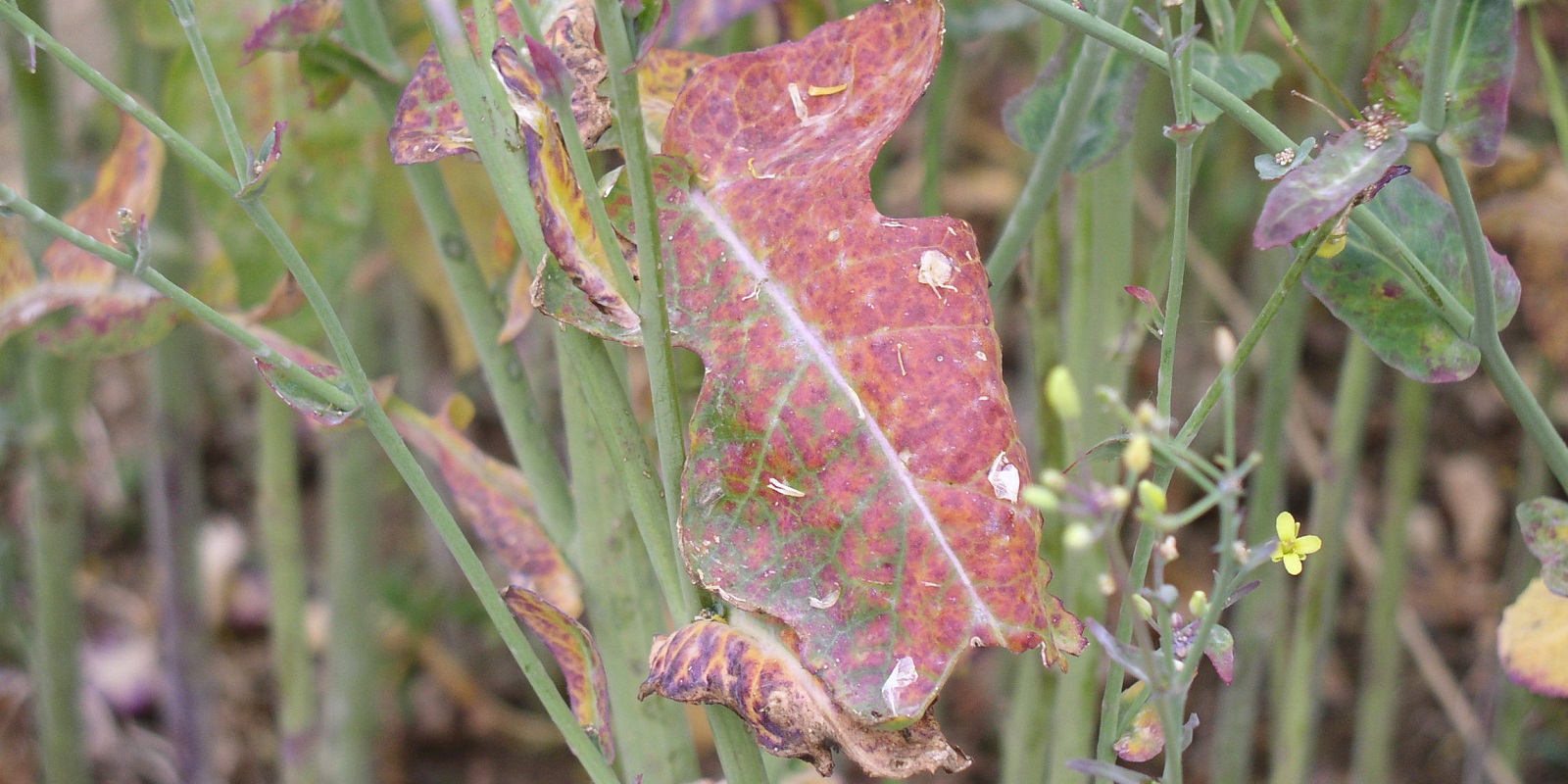 Growers have been warned to remain vigilant for Turnip yellows virus (TuYV) both this season and in the coming years, after latest findings showed that 70% of peach-potato aphids are carrying the virus.

Dr Mark Stevens, Lead Scientist at the British Beet Research Organisation (BBRO), says that their research found that the virus, which can affect oilseed rape and other cover crops, had the potential to cause blanket primary infection if not dealt with effectively.

“For nearly 30 years, we’ve been monitoring migrating aphid populations for the sugar beet virus yellows complex and TuYV,” Dr Stevens explains. “Using 30 sites around the UK, we caught almost 5000 peach-potato aphids during the spring and summer of 2017 and used a series of diagnostic tools to test for viruses including TuYV. The results showed that seven out of 10 aphids are carrying the virus – this is at the top end of the levels we’ve found historically.

“If you’ve got such a high number of infected aphids landing and feeding on oilseed rape, you can find that the whole crop can quickly get infected. That means that it’s essential that growers keep track of migration, particularly as there is no treatment threshold in oilseed rape.”

When it comes to controlling aphids in oilseed rape, choosing the right insecticide and ensuring timely application are both key. Mark Hemmant, Technical Manager at Agrovista, notes that though the highest risk months for aphids have now passed, growers still need to look out for the pests moving forward.

“Early infestations tend to have a bigger impact on yield, and in high pressure years this can result in losses of 25-30%. Through September and October we’ve been urging agronomists and growers to be vigilant in detecting aphids and spraying them as soon as they see them. On the other hand, if you find aphids now, it’s a marginal call when it comes to the cost of the spray against the cost of the yield loss without a spray.”

He continues: “There’s a lot of insecticide resistance in peach-potato aphids. You need to go for a product like Biscaya (thiacloprid), which is the fastest-acting and more efficacious. TuYV is different to many other viruses simply because such a high proportion of aphids are carrying it, so timing that insecticide spray and getting it on as soon as you spot any aphids is crucial.”

However, spotting aphids and TuYV is not always straightforward. Mr Hemmant points out that since growers can’t be in the crop checking every day, they should keep an eye on aphid bulletins, such as Aphid News by AHDB and Rothamsted Research, for flights in their area.

“If there’s any sign, bring a hand lens out with you and look carefully, because they’re not always easy to see. You need to catch the early ones – if you wait for them to reproduce, it’s probably already too late.”

“Another key thing to remember is that TuYV can be difficult to diagnose: the symptoms – such as reddening or purpling around the margins of the leaves – are also seen in crops when they’re under stress, or when they have some trace element deficiencies. Those factors can end up being blamed for the loss of yield, while the TuYV goes untreated. So it can be a hidden yield robber.”

Dr Stevens agrees that misdiagnosis can be a problem, especially since there is a time lag between the initial infection and the symptoms appearing in the crop. “You may get infection in the autumn, but it might not show in the crop until the following March or April. So if you find TuYV in your oilseed rape next spring, you need to watch for further migration that year and be vigilant for virus infection in future crops.”

How will the 70% infection rate affect growers moving forward? Dr Stevens notes that much depends on the winter weather, but that high levels of TuYV mean growers need to be on alert: “If we get a cold winter, that’ll kill a lot of the aphids in oilseed rape. But if you have a high level of infection, and you then get fresh aphids coming in, there’s every likelihood they’re going to pick up the virus. The problem isn’t necessarily an easy one for growers to solve, but staying vigilant and employing the right control strategies are an important start.”