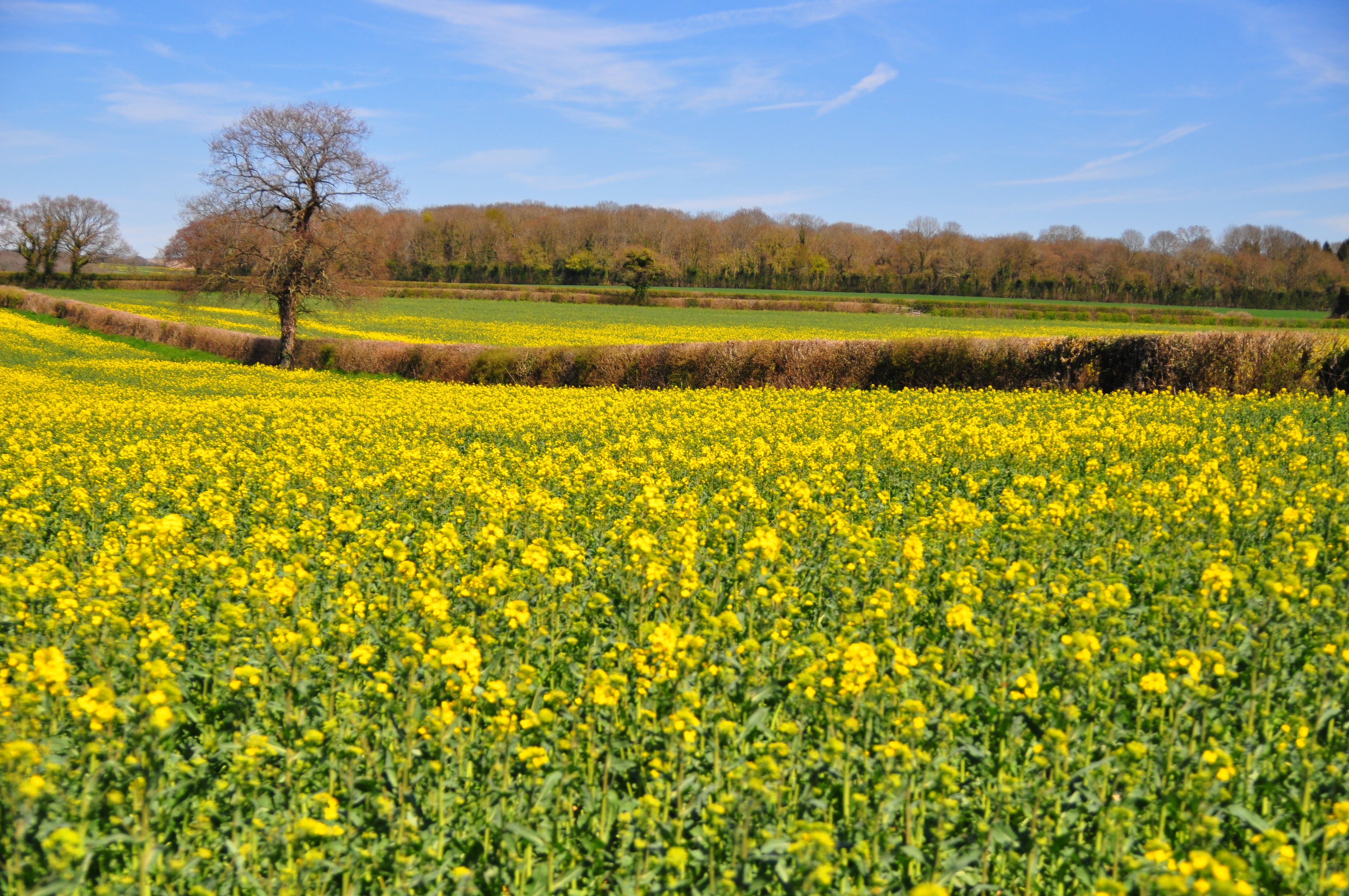 Oilseed rape areas have dropped by 23% since the neonic ban, but for some growers it is still a crucial part of the rotation in the west, as Crop Focus finds out.

A robust fungicide strategy combined with vigorous, disease-resistant oilseed rape varieties is helping secure a future for this valuable break crop in the face of mounting pest and disease pressure on a Herefordshire farm.

Some 146 ha of hybrid oilseed rape is grown in rotation with wheat, barley, oats, beans and peas at the 1,092 ha Fawley Court Farm, where Mark Wood has adapted agronomy to counter increasing threats from cabbage stem flea beetle and light leaf spot.

The farm also hosts a shoot so partridge and pheasant damage pose additional challenges alongside pigeons.

Rapid autumn establishment is key to mitigating risks and has driven a switch to hybrid varieties over the past four years. Current varieties include Harper, InV1030 and SY Harnas, all sown at the recommended rate (a 1.5m seed pack covers 3 ha).

“The rate is quite high, but the thicker crops deter birds from entering and provide insurance against pest damage.”

Establishment is tailored to field conditions, weather and soil type, with three options available; subsoil then drill with a 4m Horsch; cultivate with a 4m Quivogne Saturn cultivator then drill; or a plough and power-harrow/ drill combination.

Heavier land, which accounts for one third of the farm, is sown first, during the third or fourth week in August, while crops on lighter, sandier soils are sown in the first week of September. Winter barley has been introduced ahead of rape to allow earlier sowing and reduce club root risk by extending intervals between rape crops.

A further establishment boost comes from applications of seedbed phosphate, potassium as the crop is establishing, and 30-40 kg/ ha of autumn nitrogen.

Mr Wood says light leaf spot is an increasing problem in oilseed rape across western areas, due to several possible factors, including warmer winters, tighter rotations (exacerbated by the loss of sugar beet in the region) and trend towards minimum tillage providing a “green bridge” for disease carryover.

Varietal resistance mitigates risk, but this must be supported with a robust fungicide programme. At Fawley Court this typically centres around Proline (0.5 litres/ha) applied in late October, followed by either Folicur (0.55 litres/ha) on forward crops requiring growth regulation or Proline (0.45 litres/ha) on more backward crops as soon as conditions allow in February.