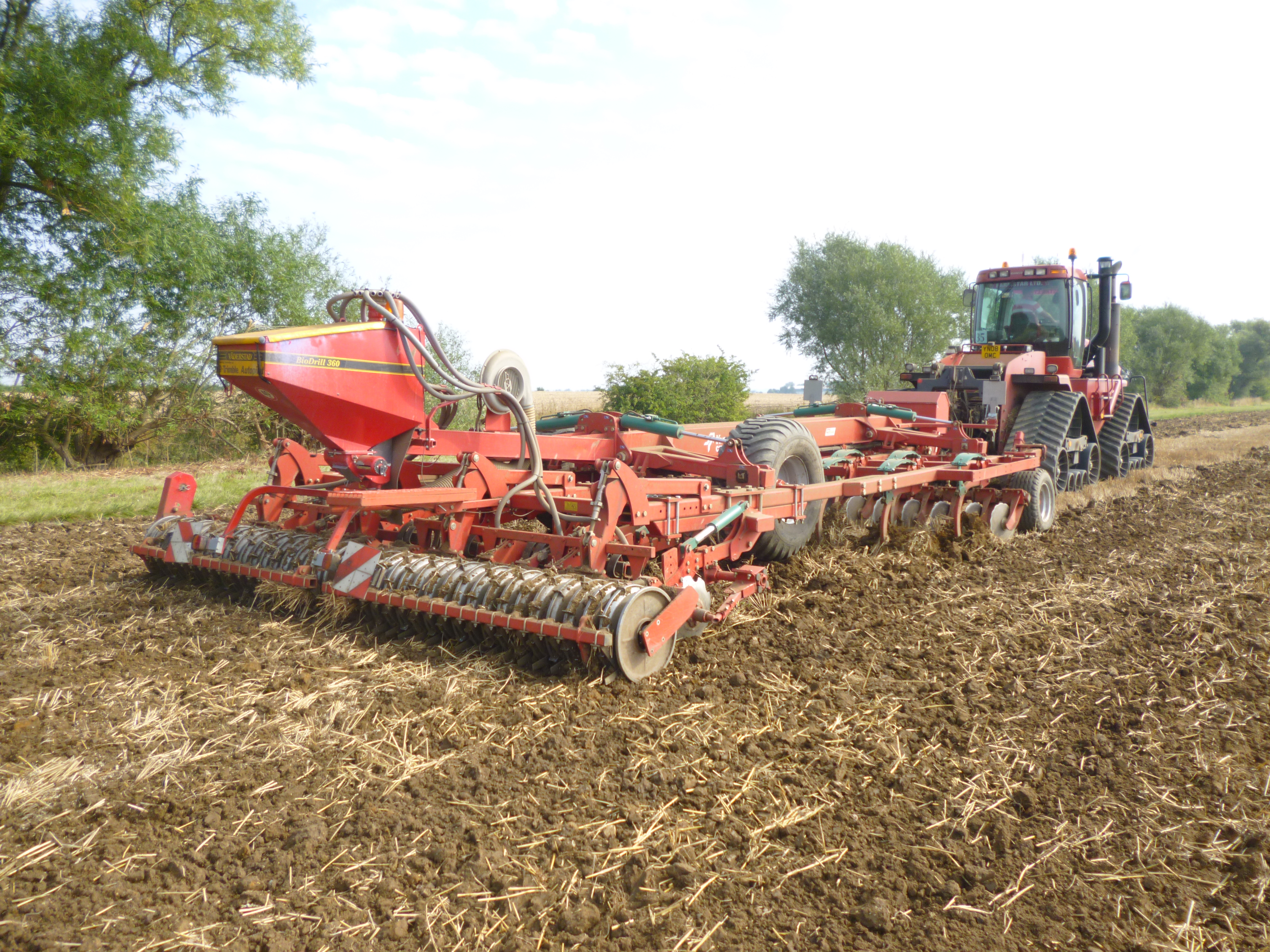 Oilseed rape areas have dropped by 23% since the neonic ban, but for some growers it is still a crucial part of the rotation in East Anglia, as Crop Focus finds out.

Precision drilling and a close eye on agronomy is maintaining oilseed rape’s position as one of the most profitable break crops on the 3,000 ha South Pickenham Estate in north Norfolk.

Some 220 ha of Bayer’s hybrid Harper and conventional variety Picto was in the ground this season alongside wheat, barley, sugar beet, vining peas, maize and a range of veg crops on the predominantly light Breckland soils.

Estate manager Richard Cobbald believes his approach of precision drilling oilseed rape on 20” rows with the same Vaderstad Tempo drill he uses for sugar beet and maize is key to the crop’s success.

“We prepare seedbeds well with a Vaderstad Topdown as soon as we can after harvest and drill straight away at a rate of 2.5 kg/ha, ensuring good seed-to-soil contact, even spacing and consistent depth. We aim to drill rape after winter barley in mid-August to get crops up and away as quickly as possible.”

Diammonium phosphate (DAP) fertiliser is applied with the seed at 150 kg/ha, delivering around 27 kg N/ha and 70 kg/ha of phosphate. This gives an extra boost to establishment, which is followed by a total of 200-220 kg liquid N/ha in split doses later in the season, he says.

Rolling seedbeds after drilling maximises seed-to-soil contact, while a 3-4 kg/ha dose of metaldehyde-based pellets is usually enough to keep slugs at bay.

Cabbage stem flea beetle is not a major issue in Mr Cobbald’s area, although he has seen damage to rape volunteers in other crops, so knows there is an underlying threat.

“Generally we can grow 4 t/ha-plus crops with good oil contents, so oilseed rape is still more reliable and profitable than other break crops on our light land. Many alternatives are spring sown, which carries inherent risk on light soils in dry springs.”

While some growers may be reluctant to invest in inputs until crops have fully established, Mr Cobbald believes it is worth doing everything possible to help crops thrive.

Where weed pressure is high, particularly cranesbill, he is willing to apply a pre-emergence herbicide such as metazachlor and/or clomazone if required. This is usually followed later in the season with a propyzamide-based spray (Kerb or Astro Kerb depending on following crop restrictions) for grassweed control.

Light leaf spot is the main disease priority as he says it is harder to control than Phoma and potentially more destructive to yield.

Treatment centres around an autumn application of Proline (prothioconazole) at 0.5 litres/ha, although 0.6 litres/ha of Prosaro may be used where growth regulatory activity is required from the additional tebuconazole.

Depending on disease pressure in the spring, autumn fungicides may be followed-up by prothioconazole for Phoma and LLS, or if Sclerotinia risk is high, Filan (boscalid).

“Our long-term plan is to move to strip tillage, but for now our system is working well, with crops looking superb.”