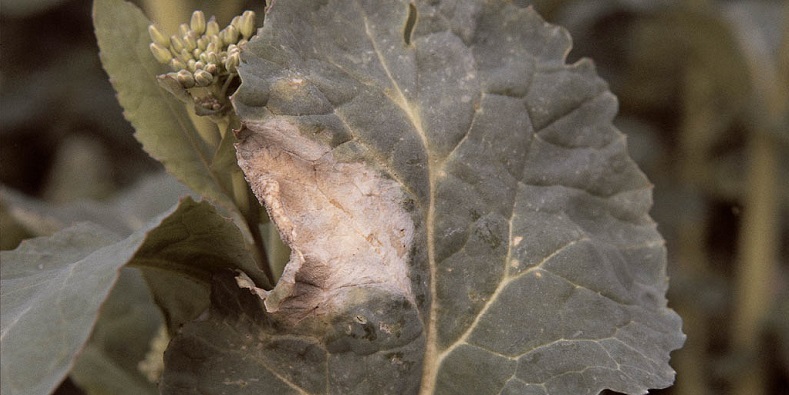 Growers wondering when light leaf spot (LLS) might appear are being advised to inspect crops.

ADAS plant pathologist Julie Smith was a little surprised with the lack of infection ahead of the Christmas festivities but her return to the office was greeted with LLS being found quite easily. With Panto season in full swing she warns it’s no laughing matter.

A trip to three Yorkshire sites found visible symptoms at two, and the third revealed the disease after incubation tests were undertaken. “Disease incidence is currently in the region of 10% plants affected and increases to >20% when plants are incubated. We saw first symptoms in one of our Herefordshire monitoring fields last week. Light leaf spot can increase quickly and last year we saw the number of plants affected go from zero to 40% in two weeks, in a susceptible variety,” she warns.

The delayed signs of infection are a slight mystery as despite the perceived dry autumn there were sufficient rain events to see Phoma thresholds reached in mid-October in some parts.

Her advice now is for farmers to inspect crops. “From the first sign of LLS infection it can take off quickly and there’s little chance of eradicating it. Further sprays will only stop new infection,” she warns.

Ms Smith also has a concern with Phoma. With many crops only having had a single autumn treatment she has seen some untreated plots with > 70% plants affected.

Bayer’s Tim Nicholson says that in many areas the good autumn has seen good growth and that plants will grow away from Phoma. But he warns the picture is very mixed. “In some areas like Kent it was so dry that development really stalled and small plants will still benefit from a Phoma spray. Growers here need to be particularly vigilant,” he says.

He also advises checking for LLS and says if the disease threatens data from their Thorney trials site is evidence of the value of an application ahead of stem extension. “Treated plots had a November application of Proline275 (prothioconazole) and a second application was then made in early February. Controlling LLS led to a 50% or more increase in biomass by mid-March.”

“I think if crops are showing signs of disease my advice would be to treat if travel conditions allow. There’s no guarantee that the conditions will be better at stem extension, and it might be too late if either disease gets established,” he concludes.