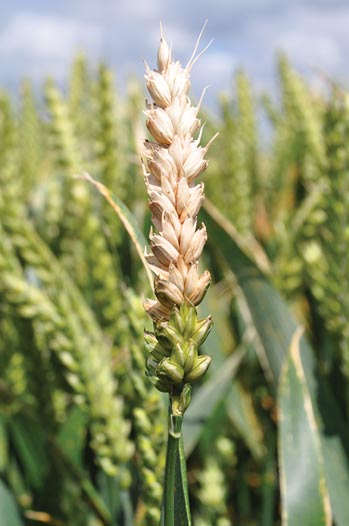 incidence was as low as in 2015, but many will remember how quickly fortunes change.

After 2011 came the worst ear blight season on record with CropMonitor’s national survey showing 96% of samples and 54% of ears affected in 2012.

Anyone growing wheat destined for human consumption knows how vital protecting crops against mycotoxins is given strict deoxynivalenol (DON) and zearalenone (ZON) limits, but the potential yield penalties from ear blight mean there is a strong case for a robust T3 across many crops.

True Fusarium species, principally F. culmorum and F. graminearum, have been shown to reduce yield by 1% for every 1% ear infection, while Microdochium species (nivale and majus) can cause up to 13% loss in bad seasons, says Fera’s Phil Jennings.

Experts are clear that prothioconazole, and Proline in particular, remains the best option for Fusarium control.

“Alongside Fusarium, which will potentially lead to mycotoxin production, it very effectively tops up the T2 spray,” says Norfolk agronomist John Purslow.

“It may seem overkill in some seasons, but generally a robust T3 is integral to disease and Fusarium control and worth the investment. Not using the best product may save a few pounds but if it lets mycotoxin in you could end up with unsaleable grain at harvest.”

Dr Jennings says the amount of active ingredient applied is key. He advises at least 150g/ha of prothioconazole, equivalent to Proline at 0.55L/ha.

Co-formulations of epoxiconazole + metconazole are effective against true Fusarium, but do not offer Microdochium control, while the tebuconazole + prochloraz-based product appears to work against Microdochium in the lab, but is yet to prove itself in the field, he notes.

Mr Purslow suggests it may be worth adding tebuconazole to prothioconazole where brown rust is a particular threat.

T3 timing is dictated by ear emergence and weather. In most situations sprays should be applied around mid-flowering (GS 61-65), says Dr Jennings.“Flowering lasts five days on average, so going mid- way is generally best as most products offer curative and protectant activity.”

Bayer’s Tim Nicholson says Proline has the widest application window of all T3 options, which could be invaluable in catchy weather.

For best yield response from ear blight control he recommends applying at GS63- 65. Harper Adams University College (HAUC) trials in 2014 found this gave an additional 2.5t/ha over an earlier GS59 timing.“Aim to go once the first anthers are extruded and certainly never before GS59.”

Fera and HAUC trials have also shown a benefit from including prothioconazole at T1 to suppress stem-based Fusarium and reduce later ear blight and mycotoxins by up to 50%.

“SDHIs don’t have much activity on Fusarium, so if crops are at risk, including prothioconazole at T1 gives an added advantage,”says Dr Jennings.

Mr Purslow advises T3 sprays should go on as soon as rain is forecast following ear emergence, but can be delayed until mid- flower if conditions are dry. 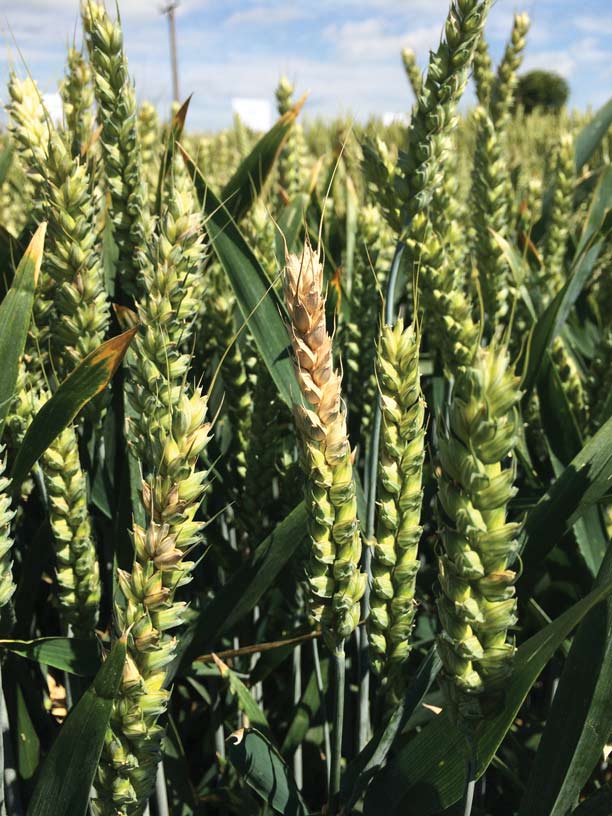 Maximising ear coverage is essential for any T3 application. HAUC and Fera inoculation trials over the past two years have shown good results from using angled (33-degrees) and double-fan nozzles.

Angling nozzles consistently improved efficacy across different products, by up to 30% in some cases.“It’s having an angle that’s important, and it doesn’t seem to matter whether that’s forwards or backwards,”says Dr Jennings.

Double-fan nozzles are better at covering the ear than vertical single fans, he adds. In 2015 Fera trials under high inoculum pressure, ear blight infection at GS75 after Proline at 0.55L/ha was less than 2% with double-fan nozzles, compared with just over 4% for singles.

“Selecting the best product is important, but so is the way it is applied,” Mr Nicholson says.

Fera and Bayer have collaborated to produce a new method of inoculating trials with Microdochium, which could improve research into controlling it, says Dr Jennings.

good results for Microdochium even though high levels of inoculum have been introduced to the trial, so we have often had to wait for natural infection.

“But this year we tried different amounts of ground inoculum early in the season, together with inoculum on the ear at different time during flowering and it seems to have worked despite generally low background disease pressure.

“Hopefully this method can be effectively used for inoculating future Microdochium trials.” 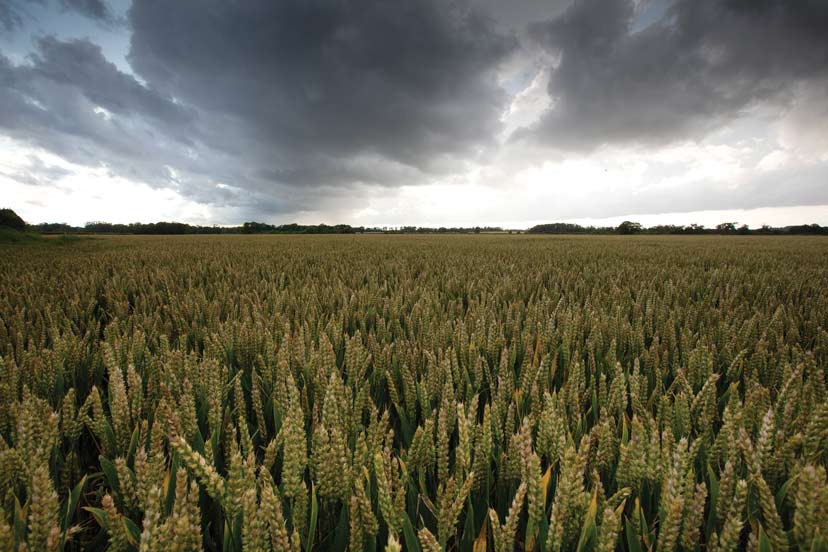