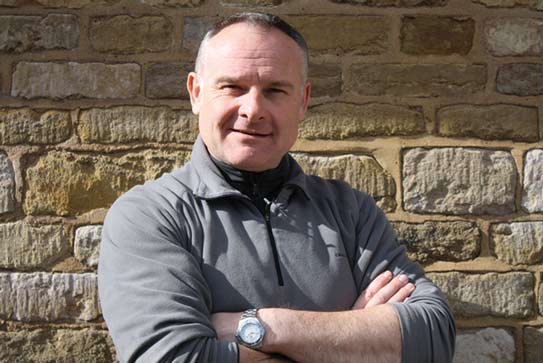 “My job as an agronomist is to deliver the most cost effective agronomic strategies for my customers - but exactly what is that? The problem we have is that until we can get a cast iron guarantee with the weather you always have to be thinking three to four weeks ahead. Last season it looked like another Septoria epidemic was on the way and it was only stopped by unseasonably cool weather at GS31/32 and GS39,”he says.

And it is the possibility of another Septoria outbreak that worries Mr Sparling this season.“The only cold weather was around late February and early March. It helped check rusts but Septoria has been very visible since November”

Mr Sparling will be using robust azole doses at the T1 and T2 to ensure effective defence against the disease and protect actives. “SDHIs are the most potent weapon in our armoury and likely to make up the vast majority of T1 and T2 mixes. Clearly this will expose them to increased selection pressure. That’s why it is vital that they are used with a minimum 80% dose of a Septoria active azole,”he adds.

Which is the reason that Aviator Xpro will feature at one of those key timings.“With its equal loading of prothioconazole it’s the one SDHI that has resistance built in.

Where it will come down to pressure and variety at both timings. He prefers epoxiconazole where yellow rust is the target but feels prothioconazole is the better Septoria active. In my area of Lincolnshire and Humberside yellow rust and Septoria has to be factored in to any programme strategy. For yellow rust control there’s little between all of the SDHIs but I will include a strob where the disease is particularly threatening.”

But he feels it is a different picture for Septoria. He believes bixafen and fluxapyroxad are slightly more potent and points to AHDB data which suggests a hierarchy among SDHIs. However, despite this growers must still heed the minimum 80% dose requirement of prothioconazole or epoxiconazole as partners, he cautions.

And that differentiation also exists with the cost of SDHIs, he suggests. He says that when costs are calculated on an 80% azole dose the differences can be surprising.“My aim is to achieve the required disease control for the minimum outlay. Certainly when you do the maths Aviator235Xpro is excellent value for money.”

When it comes to CTL Mr Sparling endorses its protective qualities but does warn against potential antagonism.“In a protective situation then any mix will benefit from the inclusion of CTL. But where you need curative action, especially against yellow rust, then you don’t want to slow active movement on and in the leaf.”

Bayer Commercial Technical Manager Tim Nicholson says that trials confirm a gap between prothioconazole and epoxiconazole when it comes to Septoria control. “For the last three seasons we have compared two straight applications of full rate prothioconazole at T1 and T2 and taken leaf assessments in mid- July. In 2012 we achieved mean Septoria control on leaves two - four of 63%. That was maintained in the Septoria seasons of 2014 and 2015 and if anything improved slightly.”

And it is that reason why Mr Nicholson says Proline275 + CTL is still effective at T1.“Our standard programme reserves Aviator235Xpro for the all-important T2. If you are in a protective situation such as after a T0 and with T1 timed to final leaf 3 just fully emerged, Proline275 + CTL delivers protection as good as an SDHI. Where SDHIs come into their own is when early season disease control has been compromised. Then the additional curative potency of bixafen is needed to control established infection, he notes.

One grower who is also keen to see Aviator235Xpro in his disease control programmes is Mark Means of J S Means Ltd, Terrington St Clements. Despite his proximity to The Wash Septoria is still the driver for disease control programmes, but Fusaria is also a major concern. The combination of the two makes Aviator235Xpro a logical fit. “We’ve been using it since it was first launched. It is giving us broad spectrum

But Mr Means has noticed another benefit too. He believes that it helps boost grain protein level too.“We all know that SDHIs have ‘strob like’greening benefits but our data suggests improvements with grain quality too. What this is down to I cannot say but it is something I have noticed.”

It's the two most damaging OSR diseases that now stand in the way of ‘promising’ OSR crops this season.

Agronomist Chris Page feels that growers have an opportunity to offset low rapeseed prices by preserving the ‘promise’ crops show. “Many have come through the winter well. It is now a case or protecting that potential” he says.

But light leaf spot (LLS) and Sclerotinia are concerns he has right now.“Some crops have already had a LLS treatment but will need a top up. Light leaf spot is like many other diseases - just because you can’t see it, it doesn’t mean you don’t have a problem. As the weather warms so new growth will be at risk from the disease.”

With previous treatments probably having included a PGR he warns that a more potent product might be needed. “Tebuconazole does have some LLS activity but it isn’t as potent as something like prothioconazole.”

And it’s that potency that Mr Page will probably call upon for flowering sprays. He points out that the first flowering spray isn’t necessarily just about Sclerotinia.“We still could need some LLS control for the upper canopy, and we have to consider Alternaria and Botrytis. The benefit of Proline275 is that it is our most potent Sclerotinia and LLS protectant and good against the others.”

What are the consequences of not protecting the upper canopy from LLS? 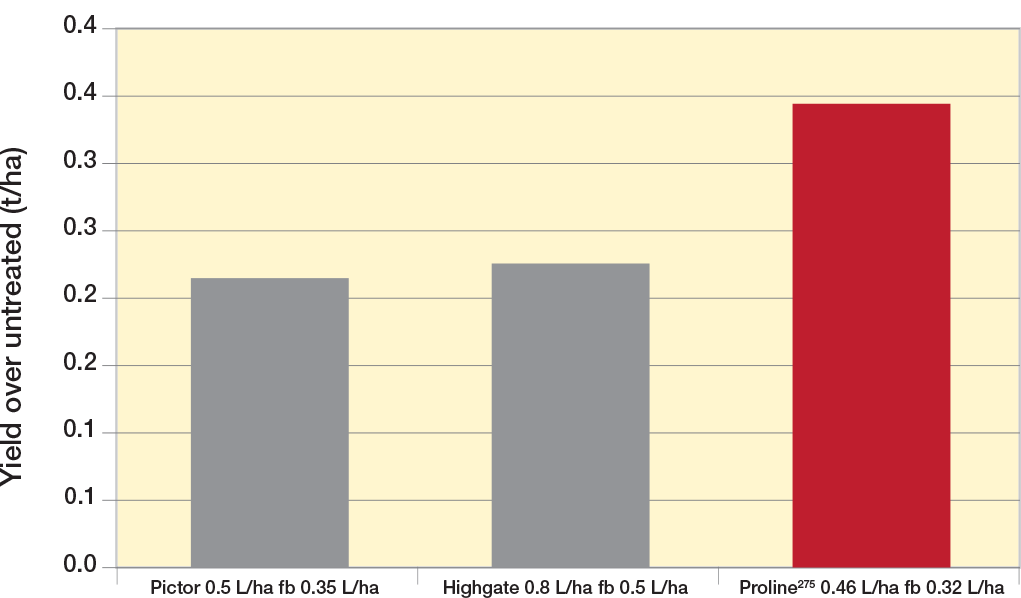 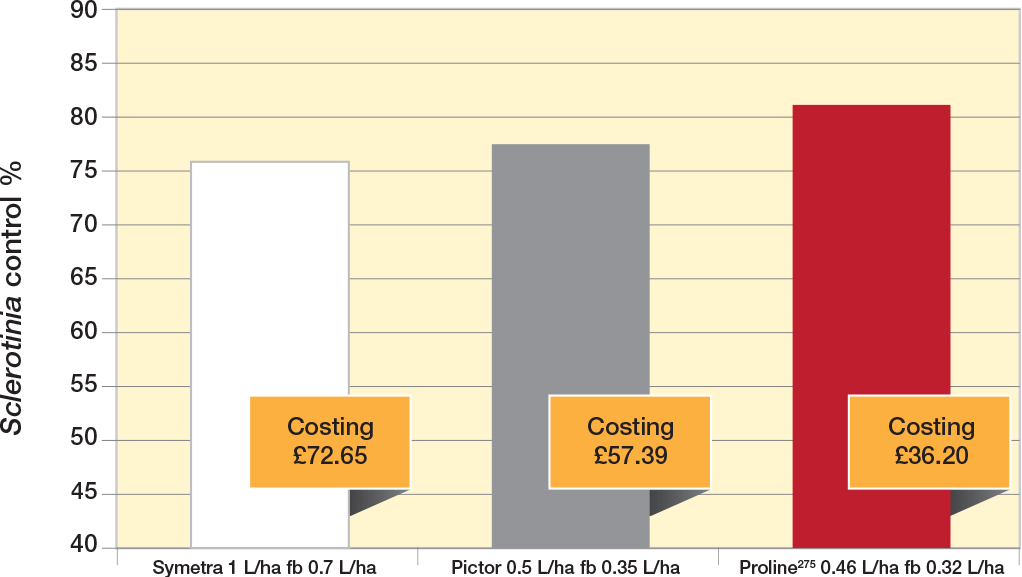