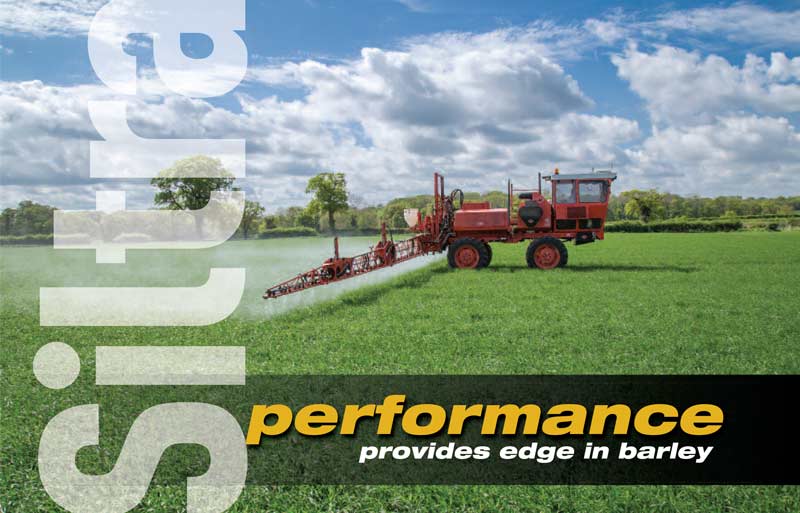 Having two of the strongest barley active ingredients in one product gives Siltra the edge in the very competitive barley fungicides market, according to crop experts.

From an efficacy point of view, the combination of bixafen and prothioconazole is hard to beat, says Dr Neil Havis, senior pathologist at SRUC, who has been leading research work on Ramularia as well as conducting trials on fungicide performance.

"Prothioconazole has given good results in barley ever since its introduction and continues to do so,”he reports.“But there’s no doubt that we’ve seen a step up in fungicide performance since the SDHIs came along."

While there is less differentiation between the different SDHI actives in barley than there is in wheat, the AHDB-funded fungicide dose response work shows that bixafen is one of the leading contenders, with good activity against Ramularia, Rhynchosporium and net blotch, he notes.

"The same work also shows that most of the SDHI co-formulations for barley are performing well and producing good yield responses,”he notes.“So their introduction has been very positive news for barley growers."

Another compelling reason for switching to one of these products is that over - reliance on any one active ingredient should be avoided. "It’s important to make good use of the SDHI co-formulations in disease control programmes. They are a means of introducing an anti-resistance strategy and protecting the chemistry that we have."

The AHDB-funded fungicide dose response work shows that bixafen is one of the leading contenders, with good activity against Ramularia, Rhynchosporium and net blotch

As far as Siltra is concerned, it has particular strengths on Ramularia and Rhynchosporium, as well as offering protectant activity against net blotch, he says. "In 2014, when there were some serious outbreaks of net blotch, it was advantageous to have Siltra in the fungicide programme."

"It’s a one product application, which removes the need for tank-mixing," he says. "The well-balanced formulation means that it can be used with confidence, bringing peace of mind at a very busy time of the year."

Furthermore, the rate of Siltra can be adjusted according to what the season brings. "If it’s wet, then we would plan to use 0.6L/ha. In a dry year, that can be reduced to 0.4L/ha."

The persistency of the fungicide is a further advantage, he notes. "It means that in a low pressure season we can use a single application of 0.6L/ha in spring barley, timed at GS33. It does as good a job as two applications."

Mr Norman believes that Siltra has made a significant difference to Rhynchosporium control at the farm level. "That’s been the big step on. But it controls other diseases as well, such as Ramularia and net blotch. We already have the means to control rusts and mildew in barley."

Will Charlton of Bayer points to the consistency of Siltra’s performance over the last four years. "Since its launch, growers have encountered some very different seasons in terms of disease pressure, but the best yield responses have always been recorded where the programme is based on Siltra."

The well-balanced formulation means that it can be used with confidence, bringing peace of mind at a very busy time of the year

The extra activity provided by bixafen has given better performance than prothioconazole on its own, even though the azole is still working very well in barley, he adds.

"That’s even the case in a low disease year, due to the greening effect of the SDHI component."

Not surprisingly, high potential sites have shown the most benefit. "The typical on- farm use is 0.6L/ha, but it is very flexible on rate."

Two applications, made at T1 and T2, will cover most barley diseases. "In a high Ramularia situation, we recommend adding chlorothalonil to Siltra at the T2 timing." 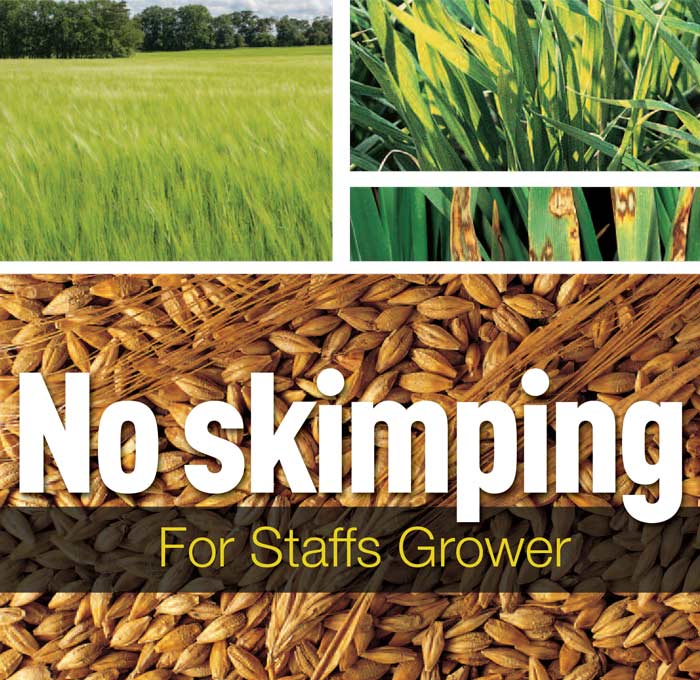 Even with the benefit of grass in the rotation Staffs grower Roger Hopley doesn’t skimp on his winter barley disease control strategy.

Some may question the value of this robust agronomic approach given that winter barley follows winter wheat after grass and typically all fields are ploughed. However through the combination of favourable environment and robust agronomic practice Mr Hopley is consistently hitting yields of 11-12t/ha with conventional six row varieties. He says the figures speak for themselves’and that with feed markets the best way to profit is to grow as much as you can. "Some might look at this and their first point might be the cost. But I would say that my disease control programme doesn’t 'cost' me anything. Indeed it is the opposite – it is one of the reasons I am consistently achieving yields in the 11- 12t/ha mark. When you break it down my disease control programme spend it is just £7-8/t," he notes.

He always plans for a three spray disease control programme. And he questions whether winter crops can get away with anything less than the most robust fungicide programme. A string of recent mild winters has just fuelled the disease pressure for most crops and again this season is no different. "Winter crops are so far forward it is almost unreal. I was looking at them around Christmas and thinking it was February!"

"As a result we are usually seeing Rhynchosporium much earlier in the season and the T0 is now essential to damp it down. It also allows us to introduce another mode of action to help protect prothioconazole for the key T1 and T2 timings."

To help bolster early season pressure and protect tillers, Mr Hopley favours the potency of SDHI. He plans for Siltra at 0.4 - 0.6L/ha followed by Fandango at the T2. "Even with the T0 it’s the T1 that’s the critical disease timing. If you can get on top of disease here it usually eases the burden at the T2. What it means is you have more flexibility on timing and rate."