Varieties with better disease resistance ratings were a welcome feature of the new AHBD Recommended List. But what does this mean for growers? 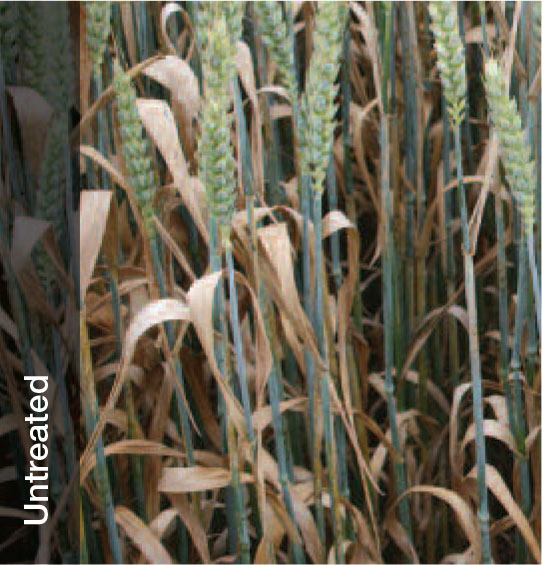 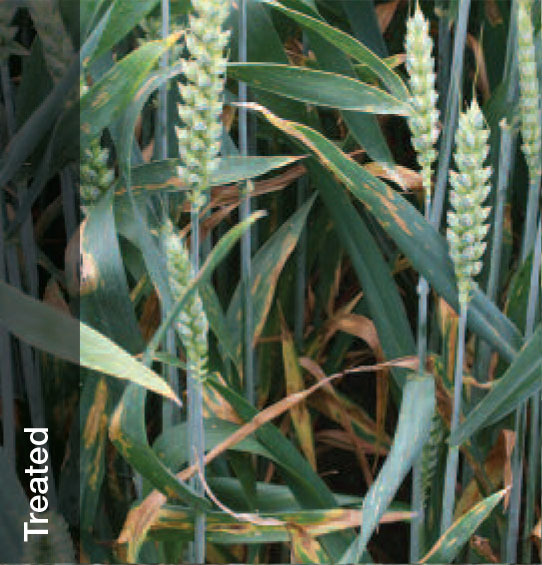 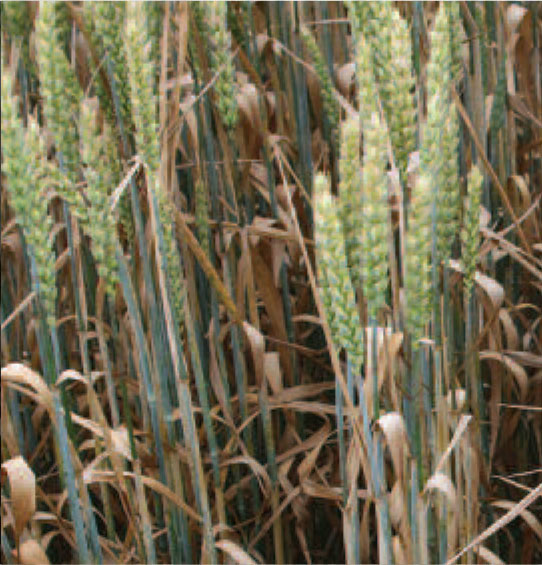 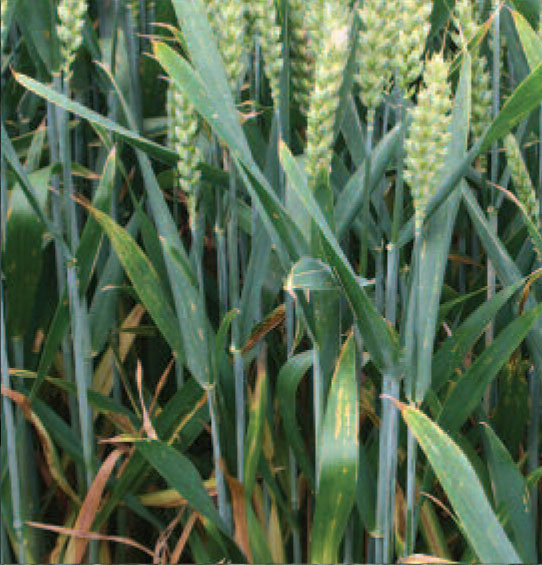 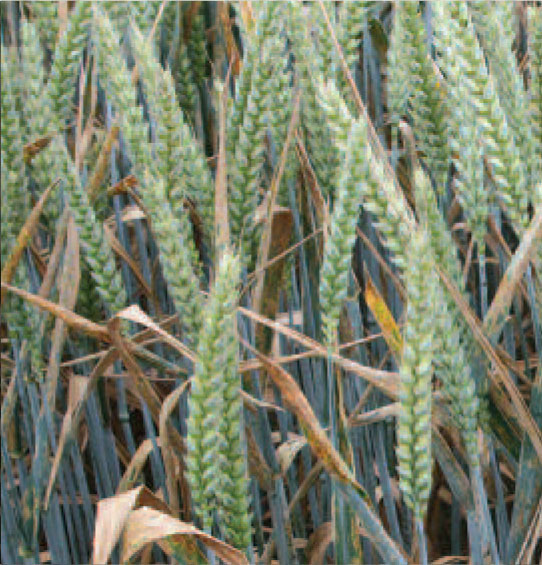 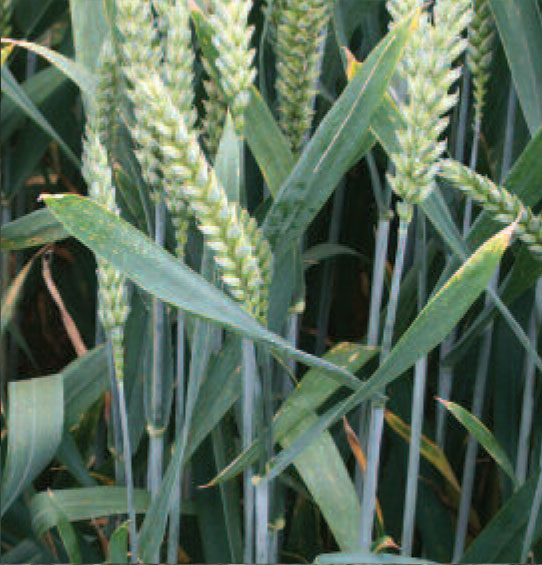 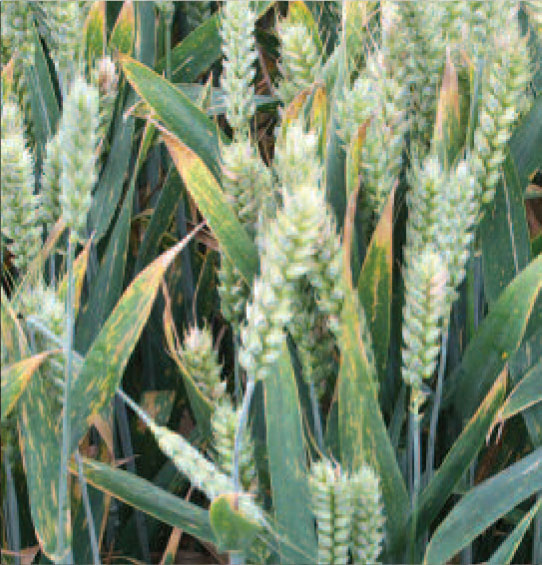 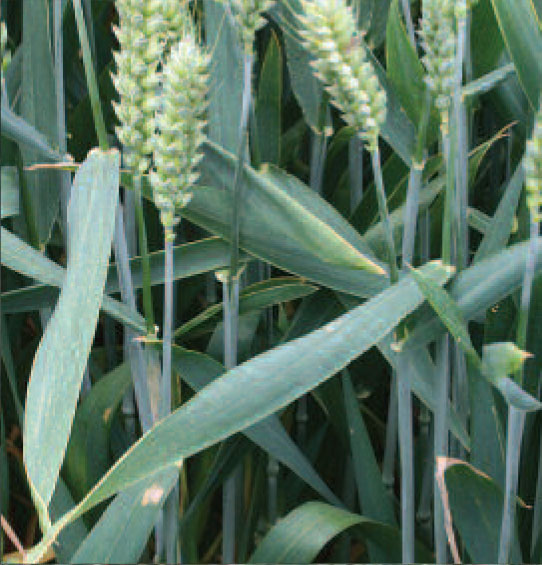 “It provides you with both insurance and greater flexibility,”he says.“But it’s a mistake to assume that switching to these types will also bring you cost savings.”

That’s because getting good disease control is a balance between genetics and fungicide chemistry, he explains.“As we see more resistant varieties being introduced, this balance is shifting towards genetics. But chemistry will continue to add value.”

Fungicides remain important with more resistant varieties because they increase the length of the photosynthetic period, which delivers extra yield, says Mr Angus.

“You can then use genetics to complement that. If you reduce your fungicide inputs, it will have a negative effect on yield.”

Part of the programme

He describes resistant varieties as a‘get out of jail’card.“They give you a wider window for spraying, which is invaluable on many farms today.The practicalities of getting round all of your wheat at the optimal timing are very challenging, even in good weather.”

He urges cereal growers to consider genetic resistance as part of the overall management package, rather than in isolation.“It makes a valuable contribution, as do fungicides. So they need to be used together to get the best results.”

The exception is with a very powerful resistance, such as the Pch1 eyespot resistance, which does allow you to reduce fungicide use, he acknowledges.

Mr Angus believes that a better understanding of genetic disease resistance would help growers with their variety selection, as they would then appreciate the threats to certain varieties and the best mix of varieties for their farm situation.

“It’s all about managing risk.The boom and bust days of high risk, high output varieties have come to an end.”

Dr Simon Oxley of the AHDB Recommended List agrees with this view and points out that the relative risk of growing different varieties is now being considered in the recommendation process.

“It’s not all about yield,”he stresses.“Some varieties have a better agronomic score than others, which makes them lower risk, even when conditions are challenging.”

This agronomic score is calculated by taking into account their resistance to the key diseases and their standing power.

“When put together with its untreated yield, it shows how a variety might perform in a difficult season.”

Dr Oxley adds that it can be easier for growers to manage varieties with known weaknesses than the more resistant types. “If you are aware that your wheat is susceptible to yellow rust, your fungicide programme is likely to reflect that. Resistant varieties are more of a challenge when it comes to fine tuning fungicide use.”

It’s all about managing risk. The boom and bust days of high risk, high output varieties have come to an end

However, the relative risk rating will be helpful in identifying the consistent performers, he believes.“There’s always a bit of a time lag with new varieties, as there’s less data and less experience. But we believe that growers will find this development useful.”

Jonathan Blake of ADAS points out that some of the latest additions to the AHDB Recommended List have a lower response to fungicides,making it possible to consider fungicide savings.

“Varieties such as KWS Siskin, KWS Crispin,Graham, Illustrious, Spyder, Belgrade and Costello have given an average yield response of 1.06t/ha in the RL trials,”he says.

That would suggest that there is some scope for reducing fungicides, he believes. “It may be that they allow you to use one SDHI rather than two, for example.”

Like many growers Simon Beddows has turned to more resistant varieties this season. On his farm at Dunsden Green, Oxfordshire, Solstice and Gallant have been dropped in favour of Skyfall and Crusoe.

Disease pressure is one factor that has driven this but another is the current state of grain markets.“When grain prices were high our mind-set was to grow what we know performs on our soils.There’s nothing significantly wrong with that strategy but for those dirtier varieties we now need to throw the kitchen sink at them to deliver our yield expectations.With grain prices where they are right now we cannot always afford to do that,”he says.

Mr Beddows expects varietal resistance will help him keep a lid on his fungicide budget even if in high Septoria situations, which we could see again following the mild winter.“A variety like Skyfall doesn’t mean I’m changing the chemistry suite but more maintaining a degree of rate variability. If I’m forced to call upon a full rate of an SDHI fungicide it could add £10/ha to my fungicide bill.

Again this season I’m basing my programme on three-quarter rates of azole and formulated SDHIs for the key timings, but it does give me increased scope across the programme.”

He also feels that varietal resistance is an asset when it comes to application timing.“I’m not sure we are seeing an increase in disease, but the loss of azole curative activity does make control more difficult, and reduces spray windows.We are so dependent on the weather, and we do see such variability that it makes it more difficult to always adhere to best practice.

“Having an extra day or two to get around could be the difference between staying in a protective situation or not. Again a T1.5 is only adding to the bill!” he concludes.