Bayer is advising growers to take the opportunity to apply black-grass sprays this autumn thanks to mild weather conditions.

Reports from Bayer’s field team suggest a number of farmers are already taking the chance to spray Atlantis WG (mesosulfuron + iodosulfuron) but there is still a window of opportunity for others to tackle black-grass now.

“The general picture this season is that pre-ems have performed reasonably well but they will need backing up with a post-emergence spray,” says Darren Adkins, Bayer commercial technical manager in Lincolnshire. “Wheat drilled in early October already has three leaves so any black-grass which survived the pre-em is now at the right stage for Atlantis.” 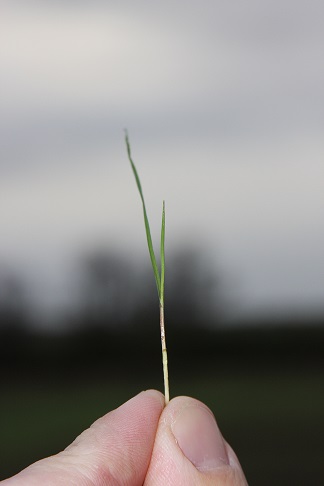 “For many people, ground is still suitable to travel because of the relatively warm and, in places, dry conditions. On top of that, the black-grass is small and actively growing which makes it more susceptible to contact herbicides.”

Trials have shown that applications of Atlantis WG made to black-grass at  GS11-13 (1–3 leaves) were 29% more effective than waiting until GS23–25. An important point to remember is that even plants with enhanced metabolism resistance are more susceptible at earlier growth stages.

There are a few notes of caution from Mr Adkins; firstly, crops drilled in late October may not be ready for a post-em spray yet, but if conditions hold they could be treated later in the month.

Secondly, conditions are quite windy so growers need to carefully choose when they spray so that the active ingredient lands on the target leaf rather than blow away. Finally, make sure there is enough drying time – two hours is the absolute minimum.

“There’s every chance this is the last good opportunity to spray for two or three months. If the weather does turn against us, people might not get back on until March and the black-grass will be bigger, tougher and harder to control, so if you can, get out there and spray,” concludes Mr Adkins.