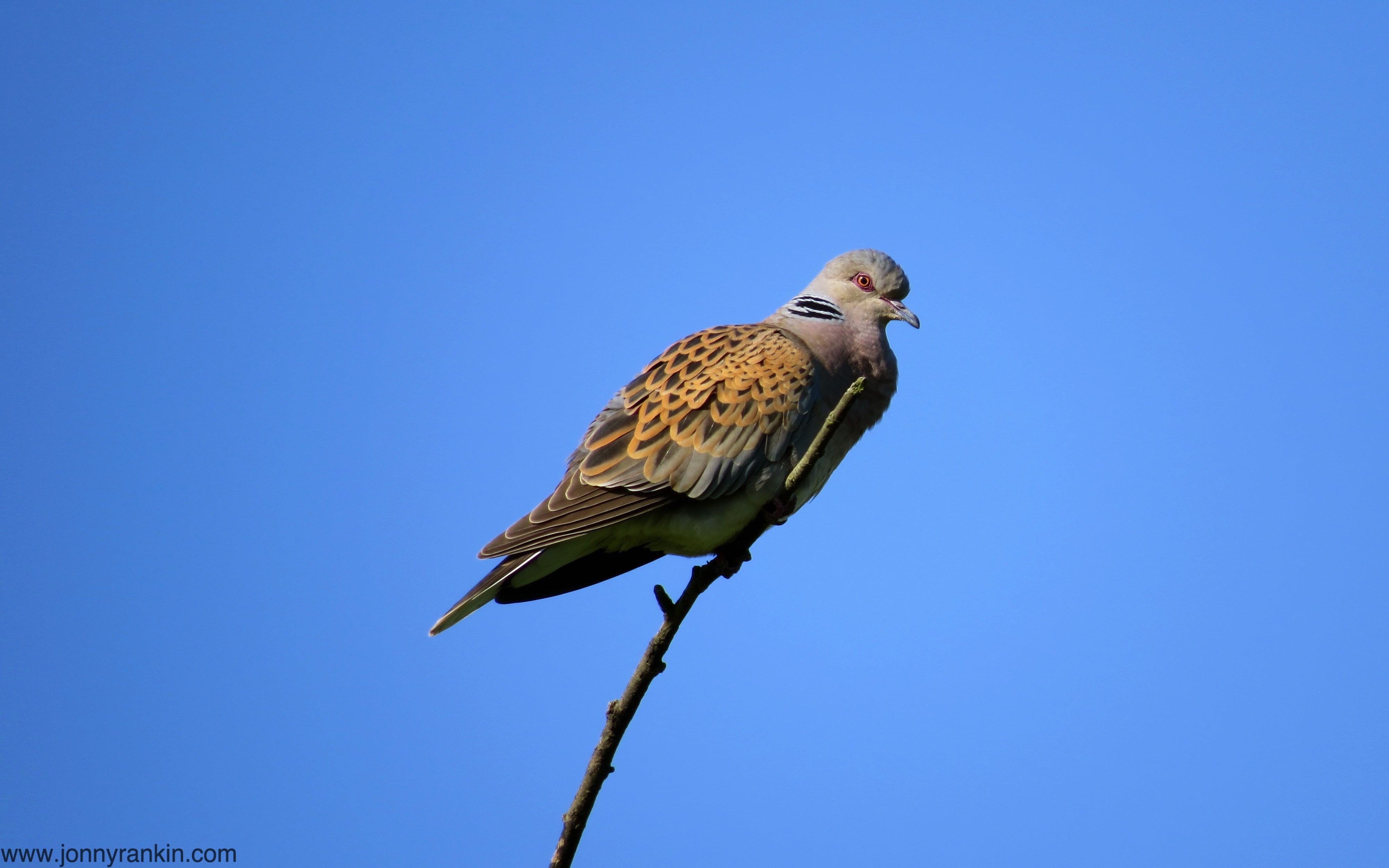 For those of a certain age, the sound of turtle doves purring away in the summer months was as much a sign of summer as blossoms on trees are of spring. They were a numerous and distinct sound heard on farms across the country. Sadly, they are now much harder to see or hear. Their UK range has shrunk by over 50% since 1970 and the breeding population has declined by over 90% within the same time frame. They are now restricted largely to the east and south east of England.

Whilst a complex combination of factors across their migration route and on their wintering grounds will certainly be having an effect, the reduction of chicks produced on their UK breeding grounds in summer has halved, meaning they are no longer producing enough young to replenish the population or allow it to grow. But let’s not get bogged down with doom and gloom because this is a species that can be saved, we need to act quickly, but there is still time to make a difference.

So let’s focus on the positives. As a bird associated with the farmed environment, farmers and the important habitat they provide on their farms for wildlife are absolutely vital in saving this species. At one of Bayer’s research farms, in South Cambridgeshire, they have been supporting the Operation Turtle Dove project by establishing foraging habitat using a bespoke seed mix and by taking part in a supplementary feeding trial.

The reduction of chicks being produced is currently being linked to adult birds being in poor condition as a result of a lack of food availability in the environment, particularly when they first arrive in late April. They naturally feed on the small seeds of arable plants such as chickweed, fumitory and scarlet pimpernel. Between 2010-2014 the Operation Turtle Dove partnership trialled a seed mix that could deliver an abundance of seed throughout the breeding season, as well as in a suitable structure for foraging turtle doves. The resulting mix has been sown this autumn near to suitable nesting habitats at Bayer’s research farms. This mix can also be chosen as part of your agri-environment schemes. 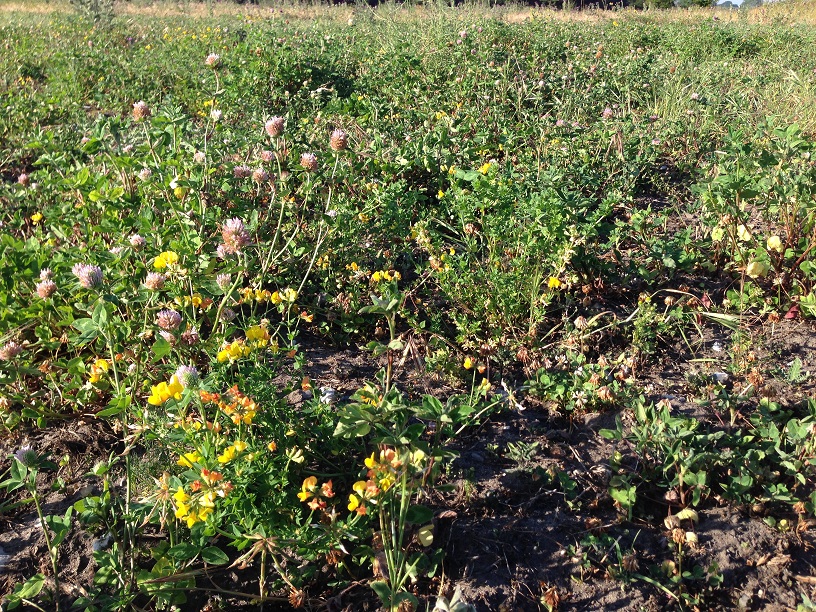 A number of sites in eastern England took part in a supplementary feeding trial to provide a constant source of food for turtle doves from late April until the end of June; a period when naturally occurring in situ food sources may be limited. Alice Johnston, Applications and Stewardship Coordinator at Bayer, broadcast the specific mix of seed along a track on their research farm every week for 8 weeks, with RSPB volunteer Roger Stables recording all birds that used the food. Early indications from the results from the eastern England sites suggest that turtle doves have been recorded more often in areas where food was put out compared to those where no additional food was provided. However, due to the potential to spread infection via the Trichomonas parasite (which we know can be fatal in turtle doves) supplementary feeding will be carefully delivered and monitored until we are confident that we have identified a reliable, safe mechanism of delivering supplementary seed for doves. 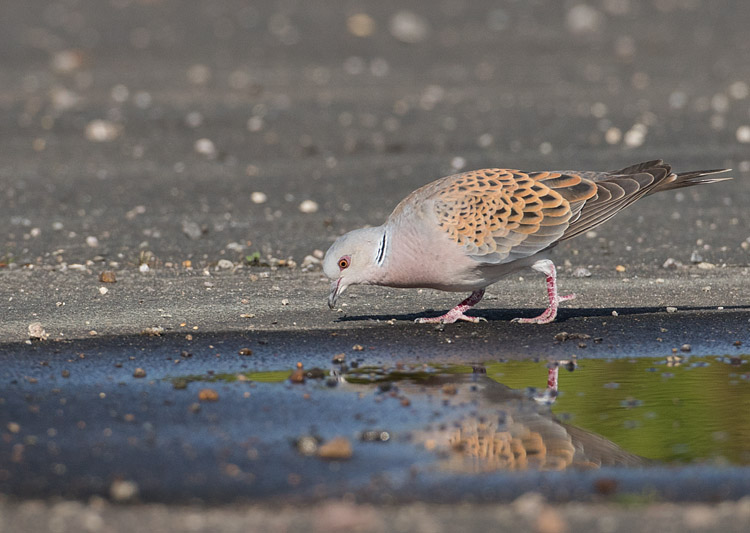 With turtle doves seen and heard just across the road from the research farm this summer, and with them previously nesting on the site hopefully they’ll have had a much needed food boost and, fingers crossed, turtle doves will be heard in the area next summer.

If you want to find out how you can provide habitat for turtle doves on your farm contact your local turtle dove conservation adviser:

Operation Turtle Dove, launched on the 10th May 2012, is a project which aims to reverse the decline of one of England’s best loved farmland birds, the Turtle Dove. The project partners are the RSPB, Conservation Grade, Pensthorpe Conservation Trust and Natural England. 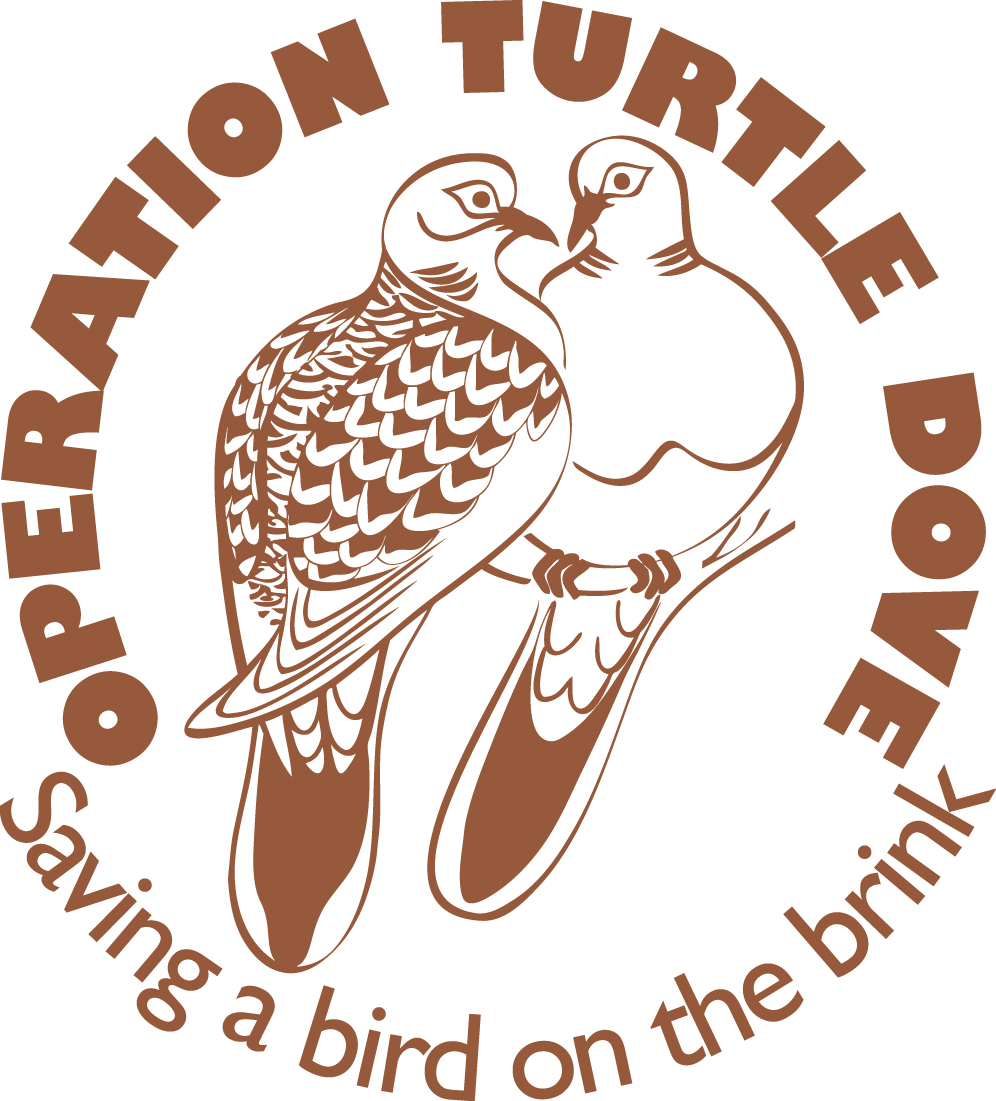