As the clocks went back last weekend I was more grateful than usual for my extra hour in bed. I had agreed to join a local BTO (British Trust for Ornithology) team for some early morning bird ringing at one of our farms and so an extra hour meant even more at 6am on a Sunday.

But it was worth getting out of bed for. The crisp and still autumnal morning was perfect for ringing and monitoring.  Each of the birds caught were ringed, given an estimated age, had their wing length measured and were weighed. This all gives a better understanding of what is happening to bird populations and information on the movement of individuals. One such individual was a Wren which was already ringed, it turned out that they had been caught on our same farm in 2012!

It turned out to be a very successful morning with in total 42 birds being caught including; 15 feisty Blue Tits, renowned for giving handlers a good nip whenever they are picked up; a Song Thrush which is on the Red list and is of high conservation priority, especially in farmland; and two Dunnocks which also have conservation priority as they are Amber listed.

This new set of data will help with the continued long-term monitoring of UK birds and, locally, see how this fits with our farm bird survey data here. It also allows us to make sure our research farms promote a stable habitat for all the species which call it home. Something we think is really important. 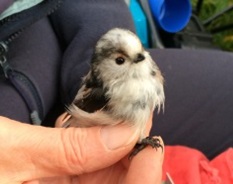 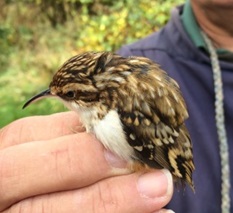 Is it just me or does this Treecreeper have a look of Gru from Despicable Me? 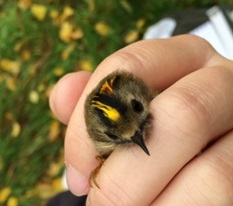 The UKs smallest bird and most likely to be a punk rocker, the Goldcrest 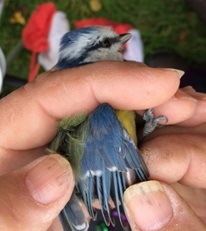 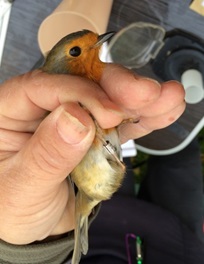 And not forgetting the nation’s favourite, the Robin.