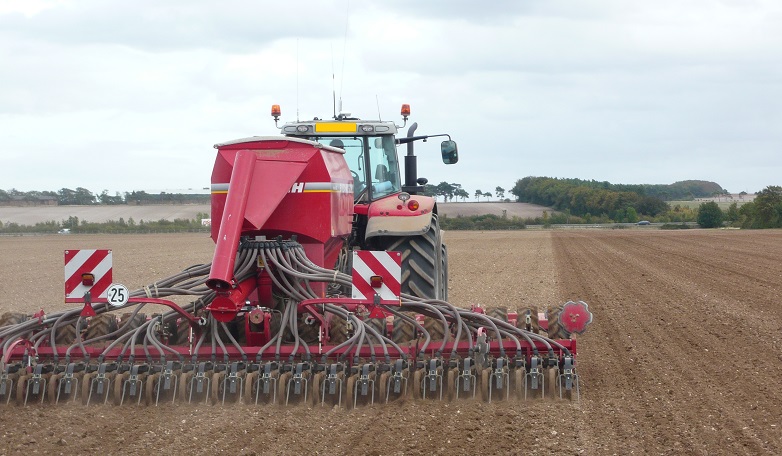 New from Bayer CropScience for 2015 is Redigo Pro which contains tebuconazole and prothioconazole. The inclusion of tebuconazole in this new product is designed to further improve the spectrum of control and activity provided by Redigo (prothioconazole) and gives broad spectrum disease control with consistent high levels against the major seed borne diseases.  Formulation changes also result in a good seed appearance and crop safety.

Trials have shown very high levels of control of diseases such as bunt (both seed and soil borne) and a doubling of establishment where Microdochium nivale is present. Redigo Pro also reduced inoculum of Fusarium and subsequent mycotoxin production. It controls blue mould and will greatly reduce the germination of treated ergot particles.

The recommended application rate is 0.5 L/tonne on wheat and other small grain cereals except barley.  The dose is increased to 0.67 L/tonne for barley or where high levels of Microdochium infection are present in the other cereals. However, whilst Redigo Pro can be used on barley, Raxil Star (fluopyram + prothioconazole + tebuconazole), a specialist product developed and tailored for the crop, is usually a more cost-effective option. Both products can be used on spring and winter barley.