With honeybee research association COLOSS recently reporting 2013/14 had the highest winter survival rates since they started collecting data, I thought it was about time I caught up with the beekeepers on our research farms and see how the hives were doing.

I joined them at the end of last month as they did their fortnightly hive check, making sure the bees were healthy and happy.  While the hive was open we were able to check that the queen was doing well and producing broods. We could also see how hard the workers were working, through the amount of honey in the super, most likely from the farm’s fruit trees which are at the end of their bloom. It was great to see just how well the hives had overwintered; a good 2014 summer and mild winter obviously set them up well. 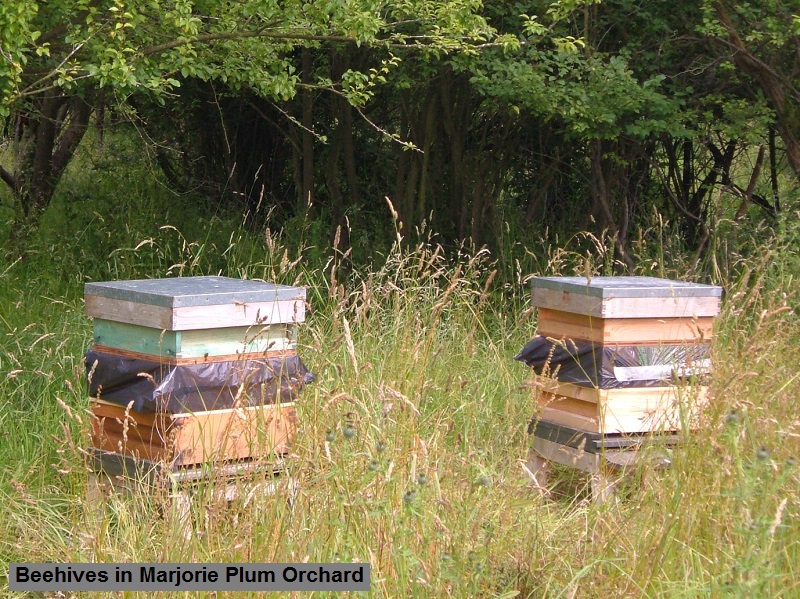 While we were suited up we took the opportunity to have a look at the Top-Bar hive we have in an old area of woodland. The Top-Bar hive is a single-storey frameless beehive which allows colonies to live with minimal management. Since November, the last time I was able to have a look, a swarm has colonised one section of this hive and seems to have settled in well. A few sections have combs full of honey and there are plenty of brood cells to continue the colony. 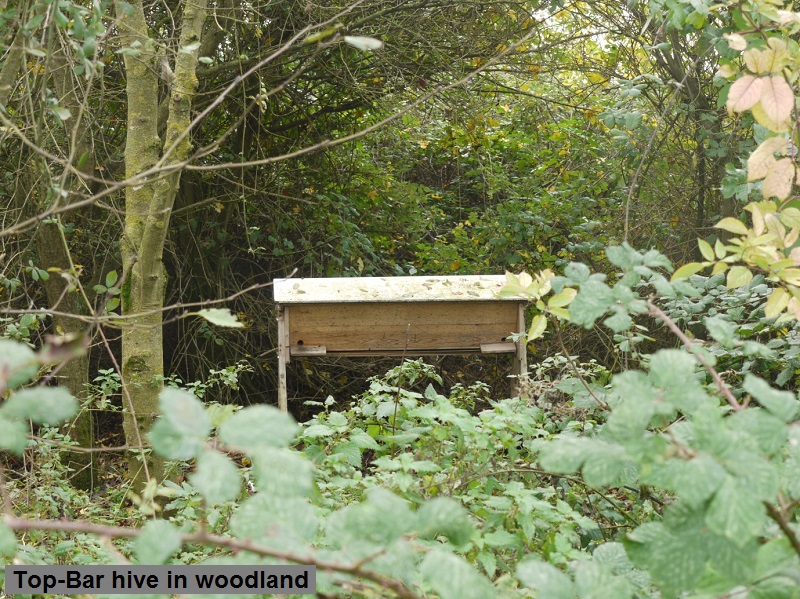 One of the most noticeable differences between the hives is the noise, or rather lack of it, when the Top-Bar hive was opened. A sign, I was told, of a healthy and relaxed hive. Although the other hives were noisier than the Top-Bar, the beekeepers said you can tell how healthy a hive is just from its noise. A very loud hive should warn you to inspect thoroughly for anything which maybe causing them distress, such as; no queen, invader species, lack of food or the parasitic mite Varroa. Thankfully we didn’t find any such problems this time and were able to close them up safe in the knowledge we have some strong hives to help pollinate this summer’s crops.

The winter survival rates for 2014/15 have yet to be reported but hopefully they will be as positive as our results. 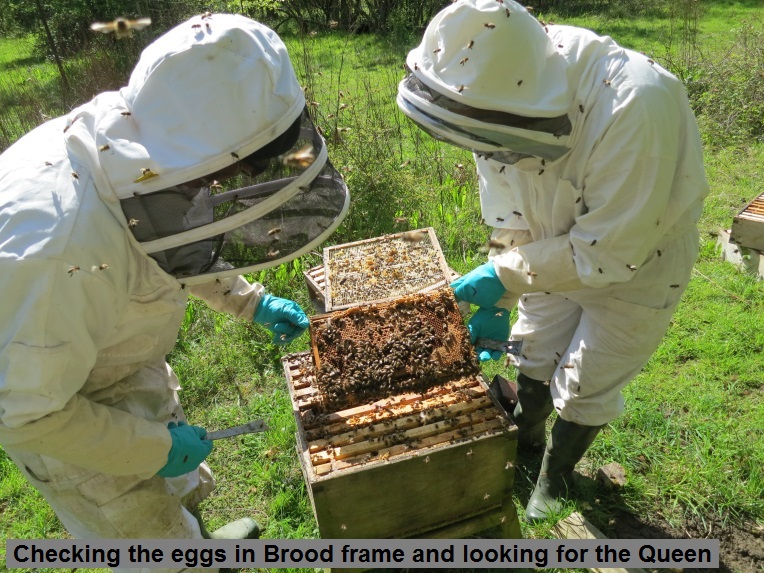 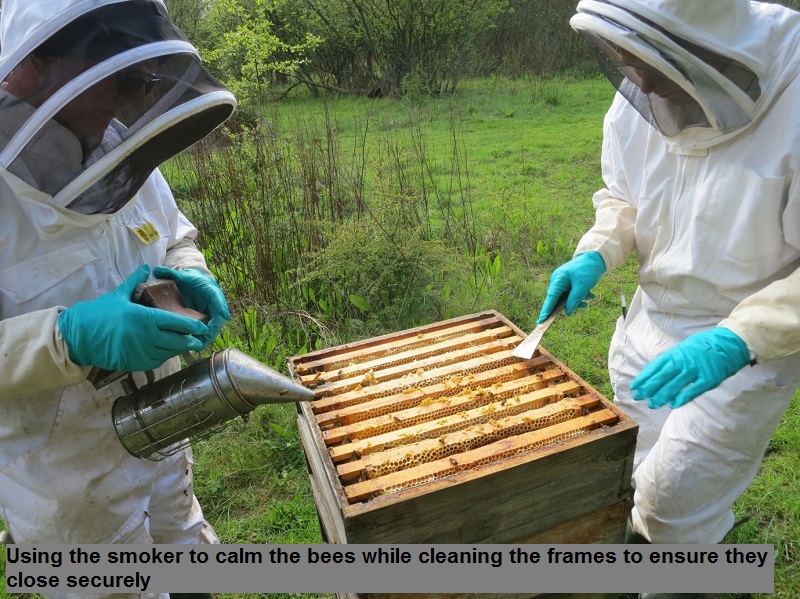 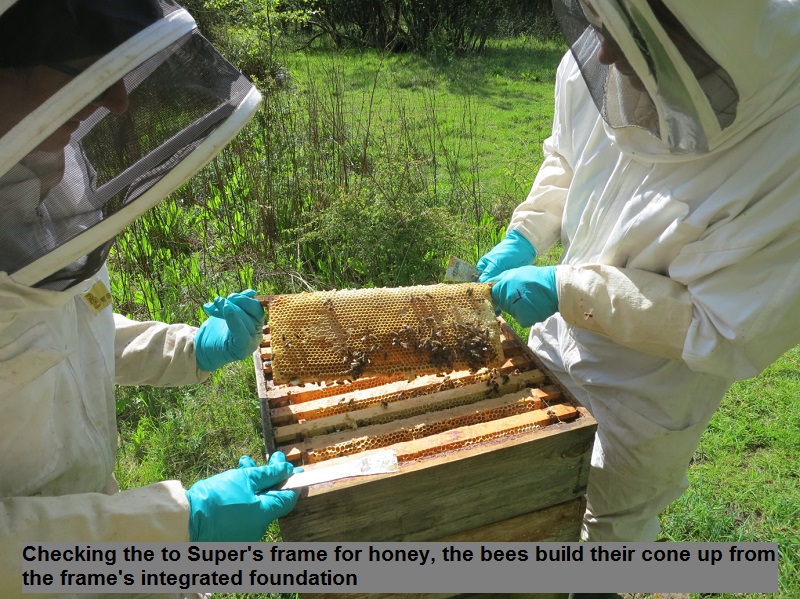 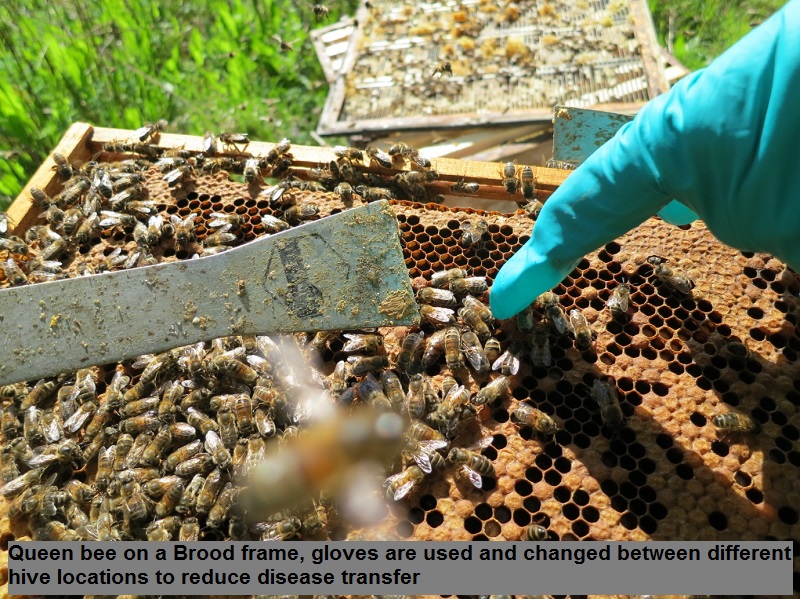 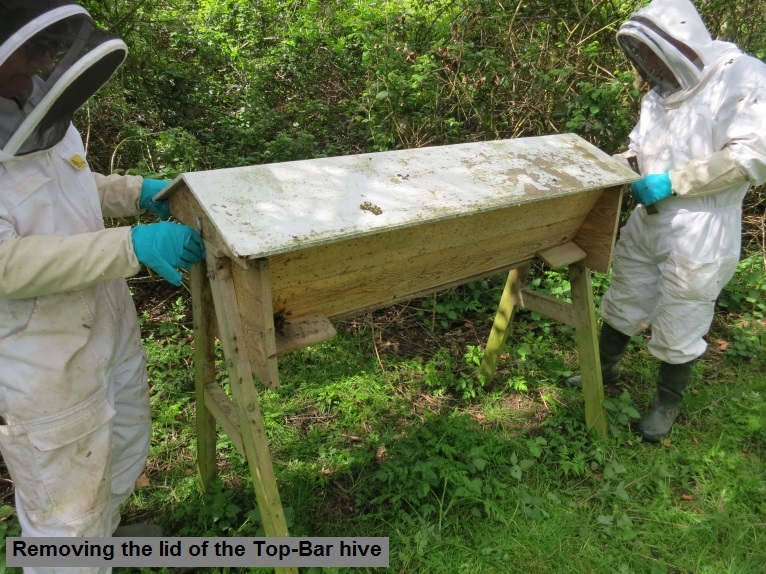 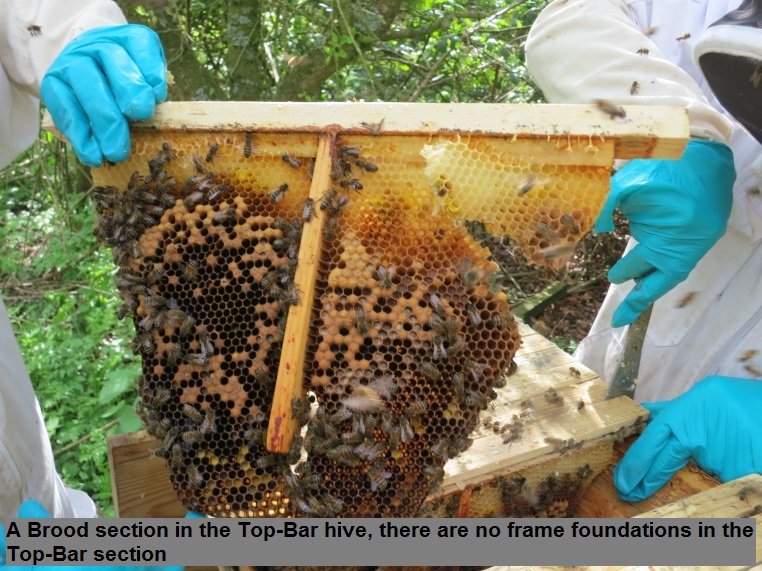 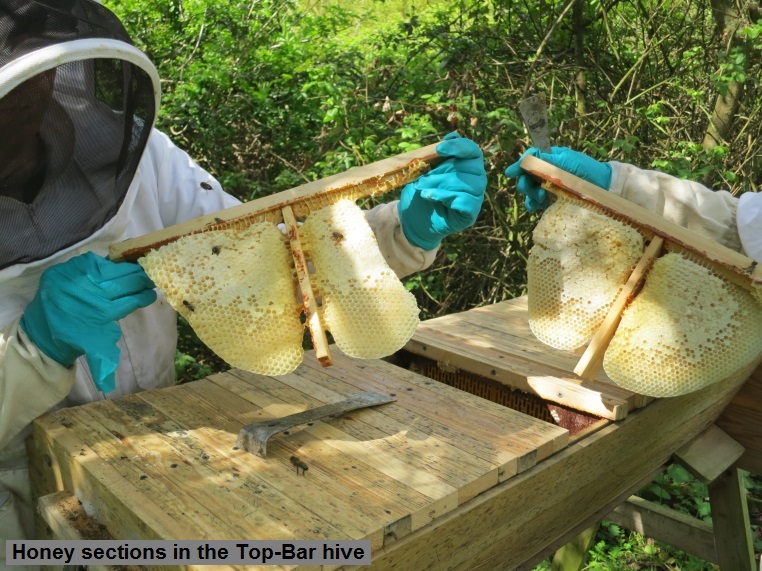