Are rodents smarter than we think?

Well yes they are and this is why we have a constant battle to control them. Their ability to adapt their behavior and feeding habits to enable them to survive in our towns, cities and agricultural habitats has meant that it’s now a year round task to control them.

The three most common rodents associated with man are:

These rodents are known as commensal which literally means they ‘live off man’s table’.  By changing our approach to control, and thinking how a rodent thinks, we can start to win the battle. 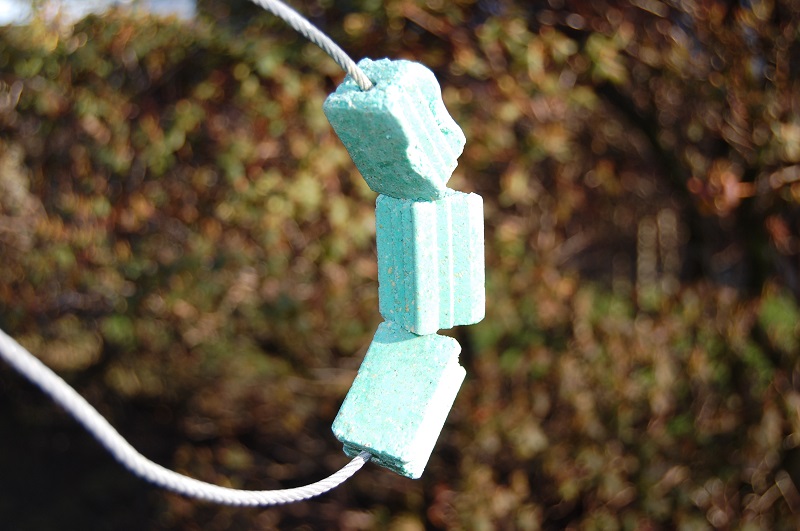 Why do we need to control them at all?

Because of their close association with humans, rodents are a major concern from a public health point of view. Rodents are both susceptible to, and carry, a wide range of diseases and parasites.

Many of these diseases are harmful to man and livestock. For instance, Weils disease (leptospirosis) is thought to be carried by up to 30% of rats in the UK. Agricultural workers are in one of the high risk groups for contracting the disease as it’s transmitted through the rat’s urine.

What’s the most common misconception when looking to control rats on your farm?

It’s commonly thought that by applying plenty of bait to poison rats and mice is the only way to treat them.

Applying lots of bait is often the normal reaction when rats or mice are first seen on the farm but it’s the wrong approach, because there are simple measures farmers can take to make their farms less appealing for rats.

How else can rat populations be controlled?

Applying lots of bait, as a reaction to first seeing rodents, is what’s called a ‘reactive response’ when a more proactive approach is needed.

With more pressures being put on the farming industry to protect wildlife and non-target species from poisoning, the immediate and liberal use of rodenticides has to change.

Try to think differently, how a rat thinks, and understand the difference in behaviour between rats and mice, and how to alter your rodent control programs to incorporate a more planned approach.

Is the first question that any farmer should be asking ‘why are they here in the first place?’

Yes. At this time of year the food and cover in the open fields is not sufficient to support a colony so their natural instinct is to move to buildings where food, nesting sites and water are plentiful.

The farm presents a perfect combination of undisturbed nesting sites, discreet cover to move around, plentiful food and water. Just what a rat colony needs to survive and breed through the winter months.

In short, your farm is about to become target number one for them, if the environment is right.

What measures can farmers take to reduce the likelihood of rodents coming onto the farm?

By keeping the place tidy, removing as many overgrown areas as possible, proofing buildings, fixing leaking pipes or gutters to deny them water and by being vigilant all of the time you can begin to reduce the problem without the need to turn only to rodenticides as a first port of call.

Simply by removing as many of those elements as you practically can, you’re making the farm a lot less inviting to them.

There is no way you will get on top of a rodent infestation by using rodenticides alone.

What approach should farmers take to control rodents?

An integrated, planned approach has to be adopted.

Reducing reliance on rodenticides will help ensure non target and accidental poisonings are reduced.  The liberal use of permanent baiting and the use of poor baiting methods has seen an increase in non-target poisonings.

Responsible, safe use of baits should always be top of the list and every possible precaution should be taken to ensure no other animals have access to the bait.

What is an example of poor use of baiting?

The single most common mistake is the misuse of blocks. Often they are placed loose in burrows or hedgerows in the hope they will be carried away by the rat and consumed.

Why is it important to place blocks in secured locations, rather than leaving them out in the open?

In the majority of cases rats will find unsecured blocks and hoard them. They’ve even been known to make nests out of them. This is not only a waste of money but a real risk to non-target species.

Rats carrying blocks away have the potential to drop them, then they’re left in the open for any other wild or domestic animal to consume.

Why do blocks have a hole in them?

So they can be secured in place, they remain where you place them and you can monitor activity. It’s as simple as that. But it’s often the simple easy fixes that are overlooked in our desperation to get on top of the rodent problem. 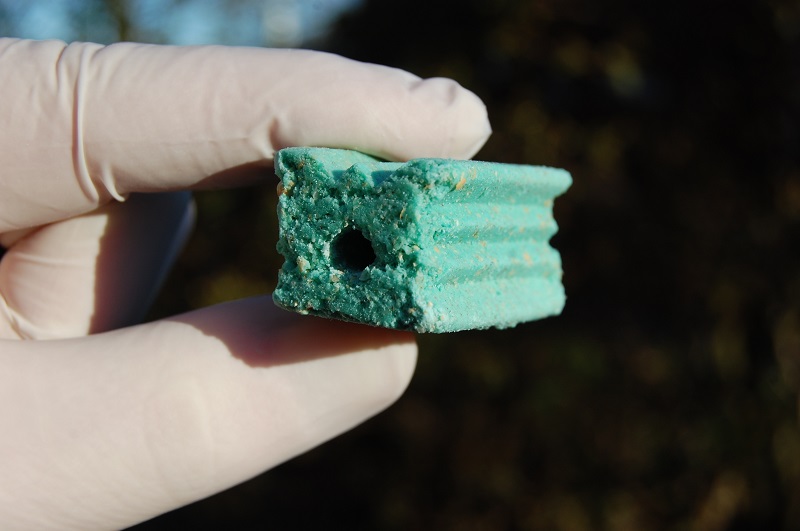 The hole is there for a reason

So the next time you see a rat on the farm just stop and think.

Have you done all you can to make your farm as unattractive to them as possible?

Don’t reach for the bucket of bait straight away...