We hear a lot about the apparent decline in farmland bird population, and how intensive agriculture is clearly the reason for their demise. And it is always difficult to determine the effect of anything that you do to improve things on an individual farm since birds can and do fly both in and out of a specific area. That should not stop farmers and growers from trying of course and Bayer’s research farms having been both trying to make a difference and seeing what happens as a result.

At our research farms in South Cambridgeshire we have been monitoring our farmland wild bird populations for over 12 years and with 2015’s Big Farmland Bird Count just finished we thought it was again time to review our results. Despite national surveys suggesting that farmland bird species are in decline, it is encouraging to see our populations on the rise. Bayer has always taken a proactive role in promoting the biodiversity on our farms and it is reassuring to see that these activities are showing positive results. Last year, for example, we saw an excellent year for owls, and our butterfly and moth populations are looking very healthy. 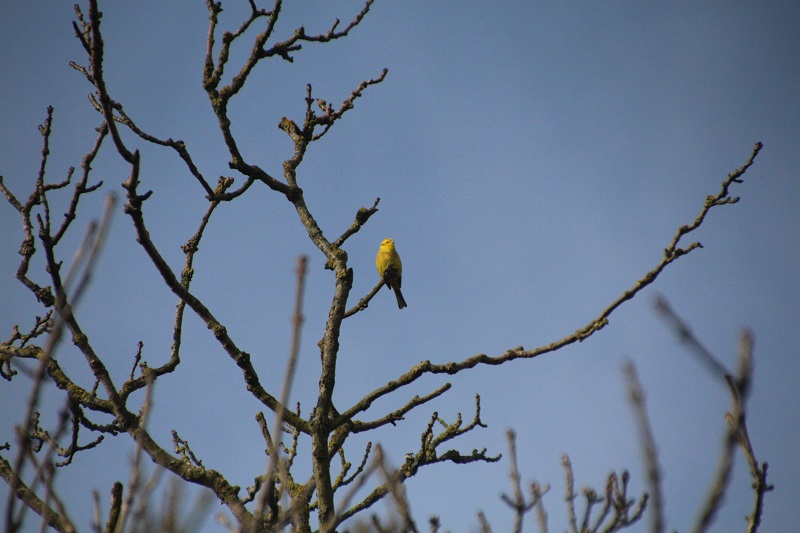 Since 2006 we have been enrolled in the Entry Level Stewardship scheme. In the end, this land is being used for a purpose but, by following the guides promoted in the scheme, we have been able to manage the farms to a high conservation standard in addition to fully utilising them for our research purposes.

Across both sites we have adopted a positive hedgerow management scheme, trimming on rotation in the winter and re-establishing native species. This not only gives protection and a nesting site for many bird species but also a vital food supply throughout much of the year.

Our Shelford site has an extensive network of beetle banks; earth ridges at least 2m wide and 0.5m high. Many of the beetle banks have pollen, nectar and grass strips alongside them, creating an ideal habitat for small mammals and insects. For overwintering birds we have wild bird seed mixtures at different sites around the farms as well as some winter stubble and areas of historical woodland. All these areas provide food sources and shelter for a variety of wildlife.

These measures have meant a healthy growth in our bird populations. Of the 19 species used to calculate the Farmland Bird Index, we have had 17 of these species across our two sites throughout the 12 years. The most encouraging population increases recorded were: Skylark, Goldfinch, Greenfinch, Jackdaw, Kestrel, Lapwing, Linnet, Reed Bunting and Starling which have all doubled in population since 2002. 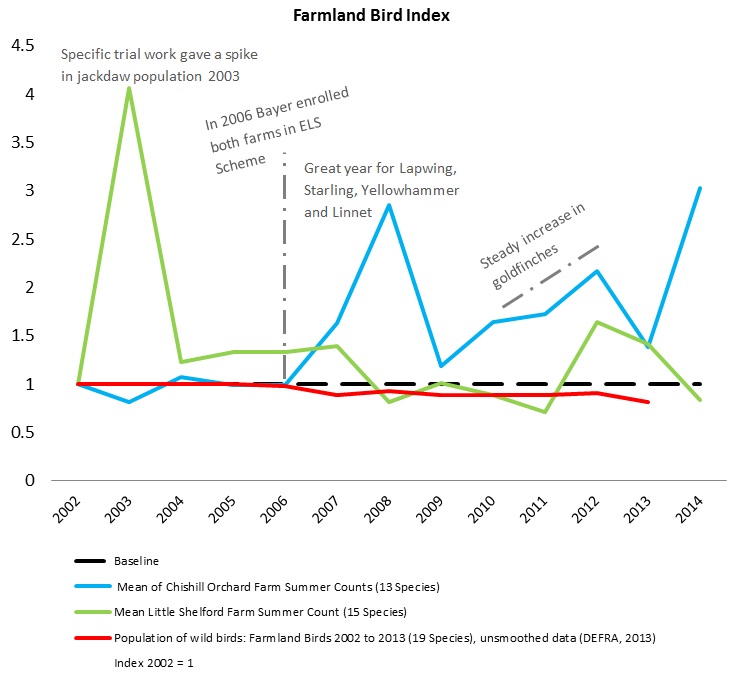 As well as species included in the Farmland Bird Index we have seen an increase in the population of the Marsh Tit, found on the Bird Conservation Concern Red List. Species found on our sites which are on the Amber List, including Barn Owls, Dunnocks and Stock Doves have all increased and Mallard, Meadow Pipit, Mistle Thrush and Reed Bunting have held a steady population.

So whatever the overall trend is nationally, it is clear, at least to us, that it is worth all the effort, and that it is entirely possible for a working farm to exist side by side with activities to promote wildlife. Perhaps a little less criticism and a little more encouragement is what farmers need if we are to reproduce these results on a national scale?