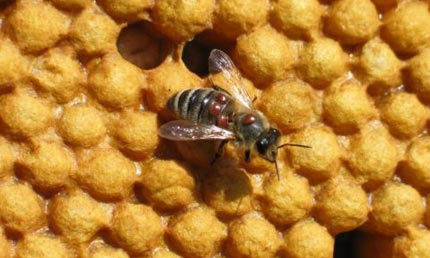 Among the interesting facts and figures, there is a wealth of useful information relating to the bee health situation in Europe in 2010. Information which key decision makers at the European Commission had access to but obviously chose to ignore when they took their decision to restrict certain pesticides earlier this year. How can we assume they did not look at or ignored this data? Simply because, if they had thought to consider it, they would have realized that the survey results and their decision were at odds with one another.

After all, why has the European Commission not chosen to implement a comprehensive bee health program but simply restricted certain uses of pesticides, when the survey data confirms quite clearly that diseases are, by far, the most important factor influencing bee health and causing honey bee colony mortality in Europe?

The survey results point the finger directly at Varroa as a main cause of bee health issues, followed closely by diseases such as American Foulbrood and Nosemosis. In contrast, pesticides were shown to be of minor importance as an influence on bee health by both reference laboratories across Europe and European beekeepers.

If the available European data had not been ignored by those making decisions about European policy, farmers across Europe might not have found themselves in the current situation whereby the use of one of their key tools for combating destructive pests in crops is now restricted.

Despite the fact that this restriction will have no significant effect on improving bee health, especially as it has been shown that pesticides have only a minor role to play in European honey bee colony losses. Bayer is continuing the commitment to bee health it began more than 25 years ago and is working, together with partners, to look for sustainable solutions to the real causes of bee colony losses in Europe – the Varroa mite and other diseases.

Gillian Mansfield is a member of the Bayer Bee Care Team based in Monheim. This blog was originally published on our dedicated bee website: