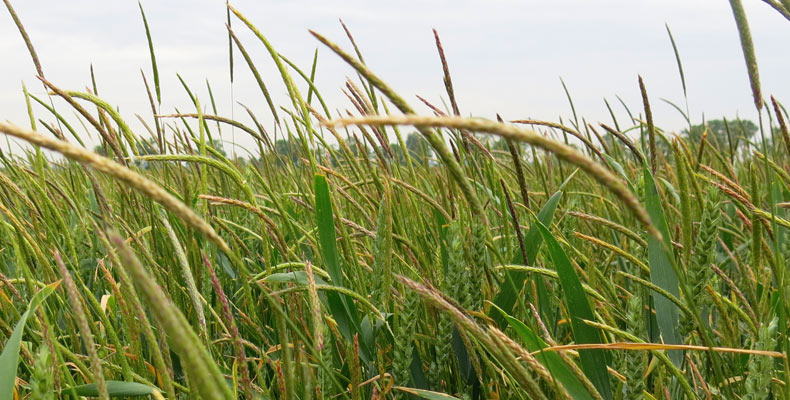 Low dormancy and localised rain is prompting strong flushes of black-grass - great for those using stale seedbeds but a nightmare for those keen to get the crop in the ground.

It’s prompted a caution from Bayer CropScience for those considering a Liberator (flufenacet and diflufenican) + glyphosate tank-mix.

“Tank-mixing Liberator + glyphosate can be a powerful tool in this situation,” says Darren Adkins, commercial technical manager at Bayer CropScience. “Glyphosate’s contact action kills the emerged black-grass, while the residual action provided by Liberator catches those that germinate in the coming weeks.

“But its power goes both ways,” points out Mr Adkins. “A Liberator + glyphosate tank-mix should be used with caution. Look carefully for any sign that the crop is germinating or emerging – if that’s the case, you’d be well advised to drop the glyphosate from the tank-mix.”

He’s backed up by comments from Mark Hemmant, agronomist at Agrovista. “Glyphosate can add valuable control of black-grass, relatively cheaply, rather than spending what can be a great deal of money trying to get a few extra percentage points of control in-crop.”

Mild weather and moisture means the crop is germinating and emerging quickly this year, so it’s crucial that growers check the status of seeds before applying glyphosate.

“Drill-roll-spray the same day and you should be fine,” says Mr Hemmant. “Be more careful where the crops are drilled across the whole farm before rolling and spraying commences, for you might have missed your window.”

Drill with at least 32mm of soil coverage, adds Mr Adkins. “And do consult with your agronomist before choosing any stacking partner; there may be restrictions in terms of timing, crop growth stage and subsequent herbicide applications.”

Bayer CropScience strongly advises growers check the Liberator tank-mix sheet for compatible glyphosate products. The company also recommends adding Liberator to the tank first, followed by the glyphosate and applying the tank-mix in a minimum of 200L/ha of water.