The weather caused everyone problems last year as we’ve moved from drought conditions to persistent heavy downpours almost overnight. We first drilled our one year bird seed mix (Cotswold winter bird survival mix ) in late April. The drought had just been announced so in typical fashion it started to rain, and rain, and rain…..

As a result we had very poor establishment of the bird seed mix though the weather did not hinder the creeping thistle or cranesbill! You can only hope for the best for so long so by mid-June we decided to glyphosate the area and direct drill more of the seed mix. While direct drilling prevented a further flush of weeds, we were still somewhat nervous about our chances of establishing a strip that would be fit for purpose. 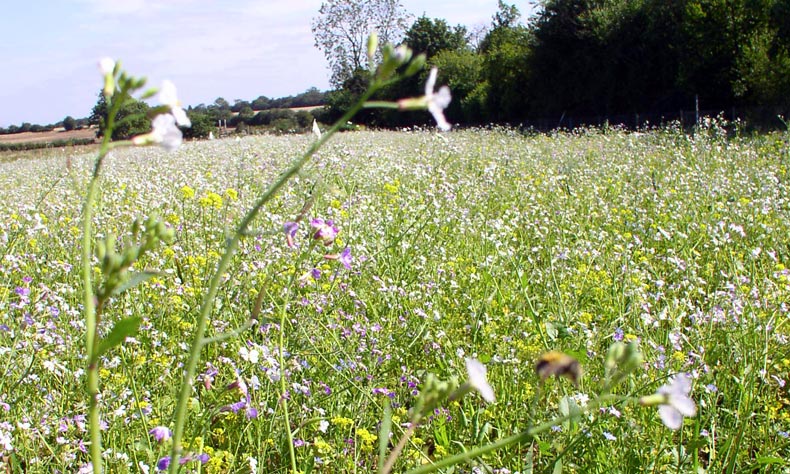 Fortunately, as you will see from the picture opposite, this time we had good establishment. The extra benefit of this mix flowering later than intended is that it is benefiting pollinators at a time when there are fewer sources of pollen and nectar.

Had we not acted when we did this strip would have provided very little for pollinators or birds, just more creeping thistle to deal with! So at least on this occasion it was better to just spray it off and start again.