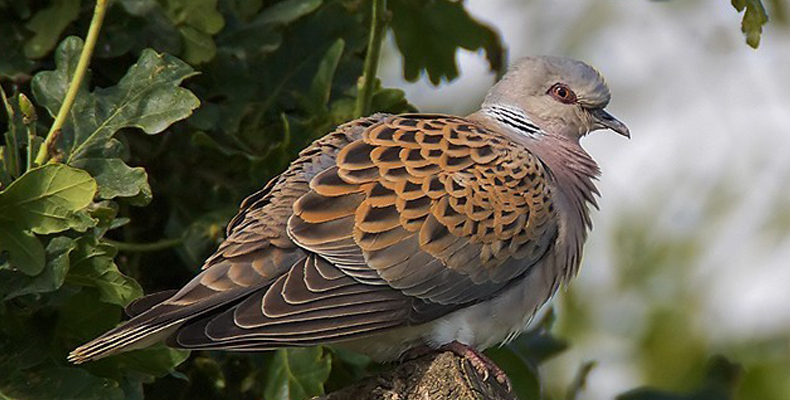 Turtle doves have seen a dramatic decline since 1970, so it was particularly pleasing to hear the distinctive “purring” on a visit to one of our research farms last September. April usually sees the return of these migratory birds who have been visiting us from before 2002 when the bird surveys started at both Bayer farms.

This farm was part of RSPB’s turtle dove project from the start in 2010. Amongst other things, the project looks to establish if breeding productivity can be improved by providing a source for their traditionally preferred fumitory and clover seed.

You can find out more about the project by visiting the RSPB website: here

Earlier in the season we were hopeful we might see an increase in our turtle dove population when a nest was discovered with two eggs on it. Shortly afterwards however, it was noted that both eggs had been predated. It is a shame to lose any nest, but this felt particularly painfully as turtle dove numbers are already very low. Other nests may be on site undiscovered, but we have to concede there could be a complete breeding failure on our farm this year.

We haven’t put in any special measures specifically for turtle doves, but we do have a small area of plums we have managed for biodiversity for at least 30 years. A consequence of this is areas of thick brambles which the turtle doves like for breeding. We also have an area in the woodland grant scheme that also contains dense patches of brambles.

I’ll be hoping to hear the turtle doves again when they return from their migration to Africa!